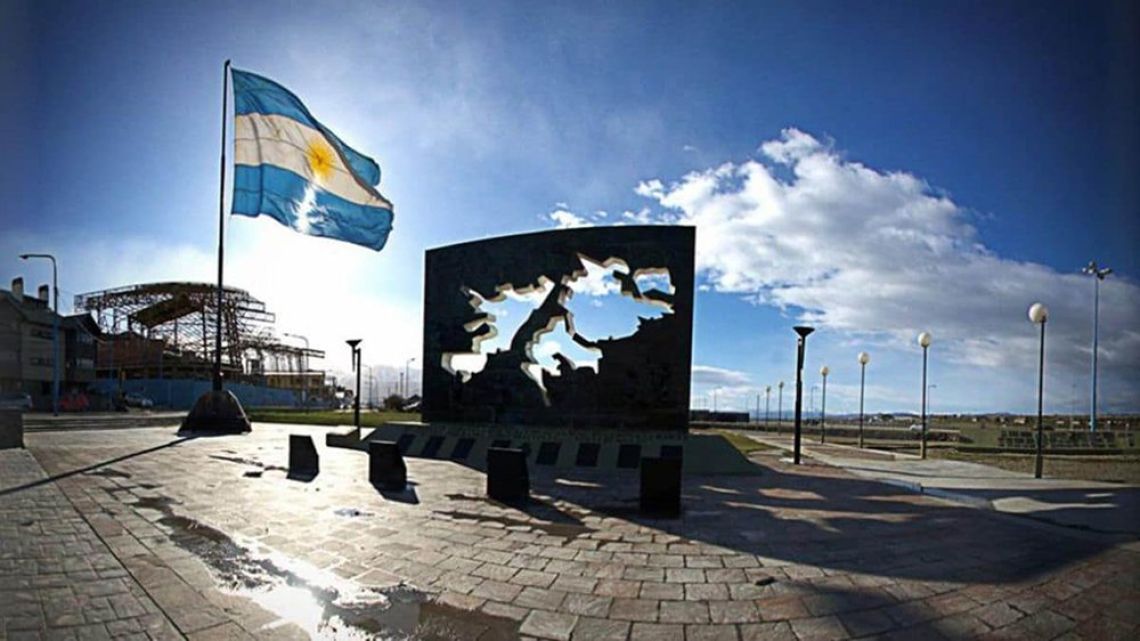 Every April 2, Argentina we salute to our fellow countrymen who bravely fight for the restoration of the implementation of sovereignty over the Malvinas Islands.

On the 40th anniversary of the deed carried out by our young generation, the memory and recognition of their dedication must be accompanied by an unwavering commitment to keep fighting for the cause that many of them give their lives for.

The permanent increase in military presence and the UK’s four decades of refusal to continue dialogue for sovereignty in matters proposed by the United Nations in resolution 2065 (XX), highlight the illegality and illegitimacy of the dispossession that took place in 1833 and expose the economic, geopolitical and military interests involved. prompted the British to try to perpetuate the occupation of a significant part of Argentina’s territory.

It should be noted that, after the 1982 war ended, on November 4 of the same year, the United Nations General Assembly adopted Resolution 37/9, which stated that: “the governments of Argentina and the United Kingdom of Great Britain are urged and Northern Ireland to continue negotiations to find a solution. peace for the conflict of sovereignty in the Malvinas issue as soon as possible”. At the same time, he instructed the Secretary General to start a new merit process for obey with this resolution.

The current global situation, marked by the war between Russia and Ukraine, once again demonstrates the double standard by which Great Britain understands its international policy. On the one hand, he condemns the rupture of the territorial integrity of Ukraine by Russia and, on the other, he maintains the occupation of vast territories in the South Atlantic which prevents our country from exercising its sovereignty over all its expansions. This is not the only case. The United Kingdom is the administrative power of 10 of the 17 colonial situations pending resolution at the United Nations Decolonization Committee.

After its independence from Spain, Argentina fully exercised its sovereignty over the Malvinas Islands. On January 3, 1833, the British, in full colonial expansion, violently expelled representatives of the Argentine government and its inhabitants and formed another population, originating from the metropolis itself. from the same
seizure time, Argentina has demanded relentlessly for the return of full exercise of sovereignty over the Archipelago. Even with different emphases and strategies, no Argentine government approved or legitimized colonial occupation. In 1994 this claim was unanimously incorporated into the National Constitution.

On the 40th anniversary of the deeds carried out by our youth, the memory and recognition of their dedication must be accompanied by a firm commitment to continue fighting for what many of them sacrificed their lives for.

From the mid-20th century, support for Cause of Malvinas it is incorporated into the resolutions of the OAS and all multilateral organizations in the region. MERCOSUR, UNASUR, CELAC, OLADE, ALADI, Rio Group, Ibero-American Summit, Summit of African and Latin American countries, Summit of Arab and Latin American countries, South Atlantic Peace Zone (ZPCAS), PARLATINO, PARLASUR, among others , are some of the regional organizations that talk about the Malvinas Question with a great support for Argentina’s claim. Many of these organizations also condemned the colonial power’s appropriation of the South Atlantic’s natural resources. The demand for dialogue is also supported by the most important multilateral organizations on a global scale. The United Nations Decolonization Committee and China’s G 77+, among other fields, annually demand the return of Britain to the negotiating table.

The British government does not comply with UN resolutions and ignores all declarations of multilateral organizations. Despite trying to base his position on respect for people’s “self-determination,” the economic and geopolitical interests became increasingly apparent.
underlying their claim to perpetuate the colonial situation. The British tried to impose an interpretation of the principle of self-determination on the Malvinas problem when the United Nations did not consider it applicable, because it was not about indigenous peoples being colonized or dominated. Those who originally lived there were Argentina expelled by England. Population cultivation brought from the metropolitan city is actually one of the mechanisms of colonization. Former British Vice-Chancellor Alan Duncan, who signed a controversial joint statement with Carlos Foradori in 2016, has just admitted in his book “In the midst of it” that Britain is using the concept of self-determination at its convenience: “… we are talking about self-determination. in circumstances such as Gibraltar and Malvinas, but not in the same way in other countries such as Scotland and Catalonia. We use argument labels when they suit us, but avoid them when it’s not convenient. We are intellectually confused. Where is our intellectual clarity and coherence…”.

Alberto Fernández: “The only thing that is clear to me is that Malvinas is not British”

In the case of Malvinas, it’s clear what the real motive is: military dominance over the situation in the South Atlantic, exploitation of the natural resources existing in the region, the need to maintain bridges for logistical support of its claims in Antarctica and control over strategic
bioceanic cross.

The 40th anniversary of the war must contain, among other things, three basic contents. On the one hand, and as we pointed out at the beginning of the article, confession, tribute and fixed material support those who fought heroically on the Archipelago and their families. They will always be in the hearts of all Argentineans. On the other hand, it must reiterate the need to shape the right State policies, beyond the electoral calendar, to give continuity to the claims and strategies that promote them. In this regard, the establishment of the Malvinas National Council and the unanimously approved legislation at the National Congress in 2020 has been a major step forward. As the slogan adopted by the national government: “MALVINAS UNITES US”.

Finally, as stated in our Constitution, commit to making Irregularity claims always through peace and dialogue. The best way to honor those who fought in the Archipelago is to keep their struggle alive and not stop working every day, through diplomatic and peaceful means, until our flag is flying again in Malvinas.