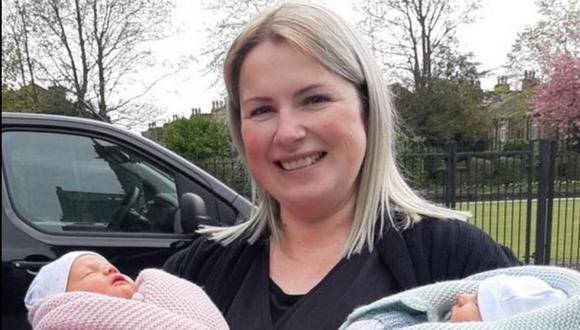 While pregnancy can be tricky for many women, there are others who enjoy it from start to finish. Likewise with Laura McCarthy, an English woman who has given birth to 9 babies during her life.

In an interview with The Sun, McCarthy confirmed that she was “addicted to getting pregnant”, which led her to lend her womb to bring forth the children of several couples into the world, through in vitro fertilization.

The 33-year-old woman, who has four children of her own, gave birth to her first baby as a surrogate 11 years ago, then has twins, a boy and a girl. “I love being a mother, it’s the best job in the world and I love being able to help someone realize their dream of becoming a father. I want to end the misunderstanding about surrogacy,” said Laura.

McCarthy’s medical process five times has allowed some couples who are having difficulty conceiving become parents. Her desire to help others fulfill the dream made the English woman more careful with her health, so she decided to lose weight to continue renting her belly.

“After having nine babies and definitely wanting more, I couldn’t risk having a tenth baby being overweight, because of the associated risk factors,” she told The Sun.

Laura thought about becoming a surrogate after seeing a TV show. During pregnancy, the mother meets the baby’s family, and maintains contact with them after delivery, with the aim that, as they grow up, the little one can learn about how they were born into the world.

McCarthy’s work was unpaid, because, in the UK, doing so was illegal, so carrying another partner’s baby in her womb was an act of economic disinterest.

“As soon as you see the baby in his arms, you can immediately see that unconditional love. It’s very valuable. The feeling can be a little addictive.”

Currently, Laura hopes to conceive a baby from a single father, with eggs to be donated.