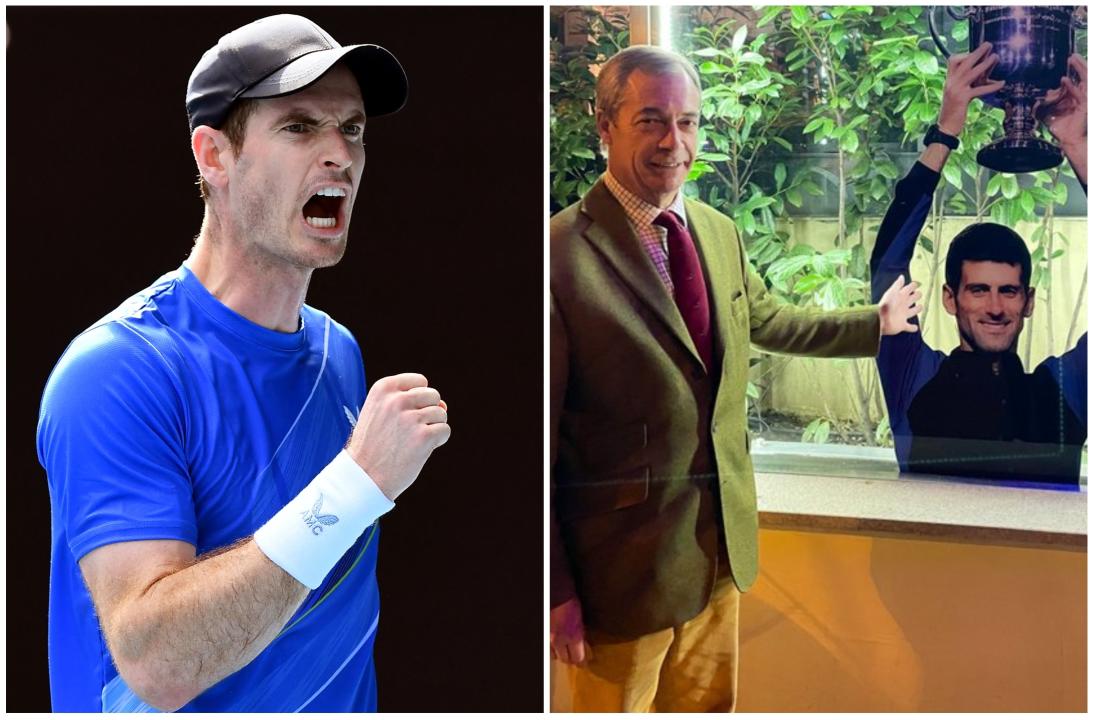 As is always the case in very high-profile cases, politicians end up showing up trying to make money out of the situation andn Novak Djokovic and Australia controversy is no exception. What is surprising is one of the supports that the Serbian tennis player and his family receive come for Nigel Farage, former leader of the British Independence Party (UKIP) and a major defender of Brexit.

After Australian border troops prevented Djokovic from entering the country, considering the medical exemption he received was unlawful, Farage decides to travel to Belgrade to be with the world’s number one family. From there British politicians followed the development of the case while Nole was held in a hotel in Melbourne awaiting justice from the ocean nation to decide whether he could enter Australia or not.

“In Belgrade with the Djokovic family. While we were waiting for the results of the assessment on his visa, I visited this room”.

Known Eurosceptic since the early 90’s, Farage founded UKIP in 1993 and he left the party in 2018 declaring he had fulfilled his goal of removing Britain from the European Union. His political speeches have been labeled populist on many occasions, as well as receiving criticism about his position on immigration. In 2015 he stated that he had “little preference” for immigrants from countries like India or Australia compared to those from Eastern Europe.

These statements are correct those who come to Andy Murray’s mind after seeing Farage’s surprising support for the Serb and his family.

The Briton has quoted on his Twitter account a video of Farage in the Serbian capital visiting Djokovic’s trophy room with his brother Djordje and has tweeted mocking politicians and tennis player families.

“Please record the awkward moment when you tell them that has spent most of his career campaigning for Eastern Europeans to exercise, has Murray irony on his Twitter. His message had a huge impact with hundreds of thousands like.

Farage answered him. “Dear Andy, you obviously don’t know anything about politics or the Brexit campaign, but you are full of prejudice. Focus on tennis And, let me give you a piece of advice: smile from time to time,” he replied.

Other users, such as actor and writer David Schneider, have also poked fun at Farage, recalling his tweet from 2016 in which argues that the UK should have an Australian-style immigration system.

“It is now clear that, for the sake of our national security and social cohesion, we must leave the EU and have an Australian-style immigration system.”

From Belgrade Farage is pleased that the Australian judge Anthony Kelly ordered that Djokovic be released immediately.

“Great win for Novak Djokovic this morning. If the Australian government fought this, it would be terrible.”

Farage, who is now the host of GB News, was a vaccine proponent at first, but then question its efficacy and the need for a booster dose warns people that large amounts of injections can have dangerous health consequences. Especially, strongly prosecuted against Emmanuel Macron for his statement stating that he wanted to “screw up” unvaccinated French people.