Assange case: Australia comes into play and claims he was not extradited to the United States | daily 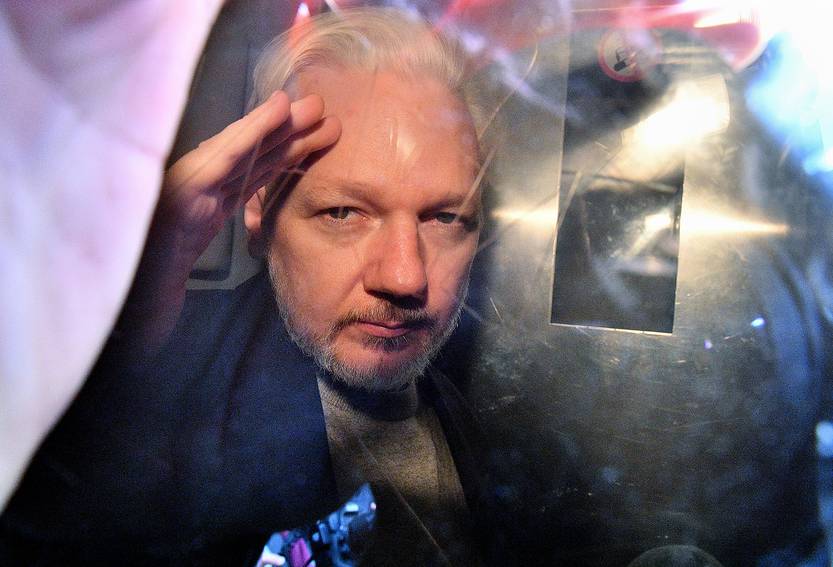 While awaiting news of Julian Assange’s health following a court ruling allowing his extradition to the United States, the government of Australia, the journalist’s country of origin, entered the case and demanded that he not be handed over to US authorities.

In the opinion column published in Sydney Morning Herald This Tuesday, Australian Deputy Prime Minister Barnaby Joyce confirmed that the Wikileaks founder “has a right to justice” and that he should not be sent to the United States, but instead be tried in the UK or be sent home directly to Australia.

Joyce, who heads the centre-right agrarian party The Nationals, stated in the text that “in a proper society” there are a range of rights, such as “liberty and habeas corpus”, which “applies equally to those who have the resources and have been blessed with the greatest fortune. in the random lottery of life, or those who are less fortunate.

In Assange’s case, “as an individual, whether you like him or you hate him, it is beyond his control, given the circumstances, to protect his right for himself. So we have to wait for the British courts to do it and we will judge their society accordingly,” said Joyce. “I don’t know him and, from what I know about him, I don’t respect him. I don’t think I’d like it. And I take this event as a wake-up call to be more vigilant that they treat him as one of my most powerful colleagues or dearest friend”, explained the deputy prime minister.

Joyce claimed that Assange “did not steal classified US files, US resident Chelsea Manning did”, and argued that journalists only published documents. “In Australia he received the Walkley award [premio nacional de periodismo] so. Assange did not violate Australian law at the time of his action. Assange was not in the United States when the events currently being discussed in a London court occurred. The question then is why they would extradite him to the United States. If he insults the Koran, will he be extradited to Saudi Arabia? He wondered.

The Australian politician asks himself another question: “If we are happy that the extradition process of an Australian to the United States for violating his law, even when he is not in the country, is fair, are we prepared to accept it as a precedent to apply to other laws of the country? any other for our citizens?

“I have no power in England or the United States over this matter. I have no standing in the British courts. But in the cradle of that common law, I hope scholars will come to a fair conclusion. They should try him there for any crimes he allegedly committed on British soil or send him back to Australia, where he is a national.”

After the deputy prime minister column was published, his position gained support from other sectors of Australian politics. Liberal MPs Jason Falinski and Bridget Archer called on the government to find a mechanism to ensure Assange’s return to Australia. In a statement to SecurityFalinski argued that the government should “do everything possible for Australian citizens to return to Australia as quickly as possible”, although he rejected the possibility of a diplomatic confrontation with the United States. Archer, meanwhile, said the Wikileaks founder “should be released and returned to Australia.”

Julian Hill, an MP from the opposition Australian Labor Party, also called for Assange to return to Australia. In a video posted on his Twitter account, he said it was “shameful that the Minister of Foreign Affairs and Prime Minister of Australia did nothing to defend him,” while calling for “political leaders who speak out in favor of our values ​​and our citizens”.

Britain’s Supreme Court ruled on Friday the 10th to grant an appeal filed by the United States seeking the extradition of the Wikileaks founder to stand trial on 18 counts, the main of which was his participation in Chelsea Manning’s hacking of US Army databases. With documents accessed by Manning, Wikileaks exposes abuses committed by the US Armed Forces in Iraq and Afghanistan.