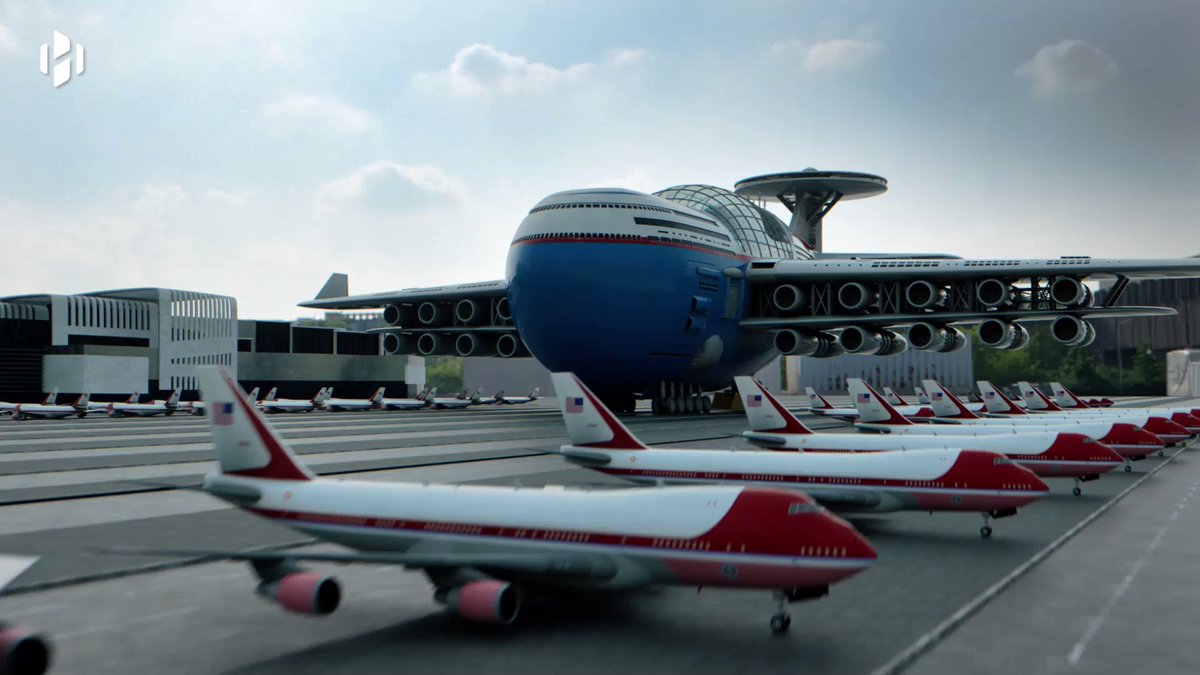 An ambitious new nuclear-powered design for a flying hotel that never lands has been unveiled.

The ‘Sky Cruise hotel’ is built to have 20 nuclear-powered engines and would have the capacity to carry 5,000 passengers.

The aeroplane could remain airborne for months at a time, docking with conventional jets to take on and drop off new passengers.

The concept originally designed by Tony Holmsten has been reimagined by Hashem Alghaili, a Yemeni science communicator and video producer who animated the futuristic vision for Sky Crusie in detail calling it ‘the future of transport’.

The Sky Cruise hotel would also be fully autonomous and not require pilots to fly it as reported by the Daily Star.
The hotel in the sky would still have staff manning a shopping mall onboard, pools, gyms and cinemas.

In the video rendering of the plane, posted by Al-Ghaili on YouTube titled ‘Sky Cruise: A Futuristic Hotel Above the Clouds’, the monster ship is described as ‘the perfect wedding venue’.

‘Great idea putting a nuclear reactor in something that could malfunction and fall out of the sky,’ one user commented on the video.