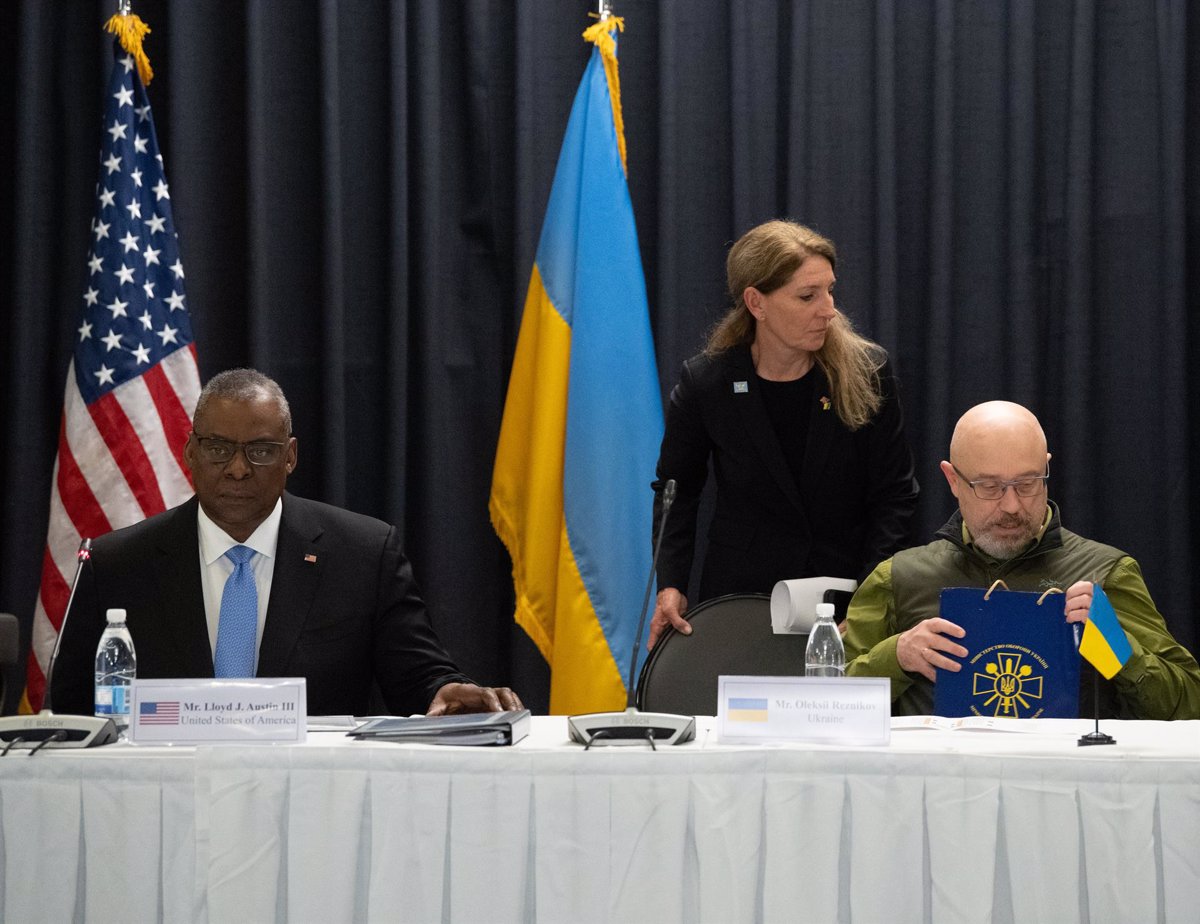 US Defense Secretary Lloyd Austin will chair the second meeting of the military contact group for Ukraine, which includes more than 40 countries, to ensure the coordination of long-term arms supplies to kyiv in the face of Russian aggression.

Prior to the meeting, Austin will speak with his Ukrainian counterpart, Oleksii Reznikov, “to discuss Ukraine’s military requirements,” as well as the final stages of security assistance the United States will send to Ukraine, according to Pentagon spokesman John Kirby. .

This week, US President Joe Biden allowed an additional $100 million (94.6 million euros) to provide Ukraine’s armed forces with sufficient “capability” to “continue fighting in the east of the country.”

The forum brings together representatives from more than 40 countries, mostly from NATO, but also from countries such as Japan, South Korea or Israel, in Washington’s bid to create a common and solid front against the military invasion ordered by Vladimir Putin. .

On the other hand, Defense Department ‘number two’, Kathleen Hicks, will also travel this Sunday to meet with senior military and government leaders in Norway and Britain, as well as with leaders of the United States European Command. . and US Africa Command in Germany.

Accordingly, Hicks will meet with Norway’s foreign and defense ministers to discuss “stability in the Middle East, challenges on the African continent and Russia’s threatening and destabilizing behavior in the High North, the Baltic Sea and along the eastern flank of NATO,” the US Department of Defense said. said in a statement.