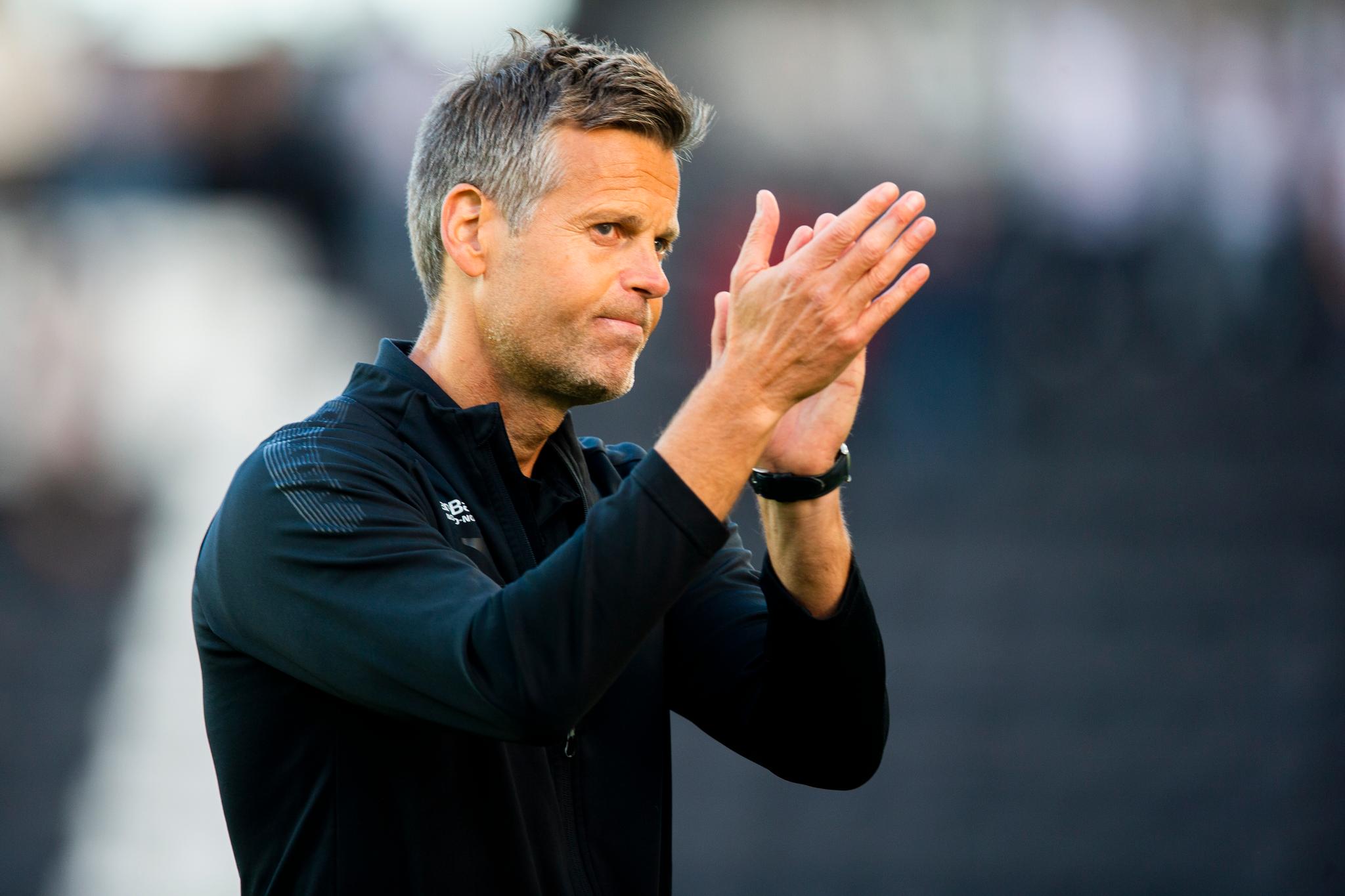 SKIEN (VG) The first of 17 games in July and August have been played – and Bodø/Glimt are also starting what will probably be 21 games in a row with a maximum of four rest days between each match. A Norwegian club team had never experienced anything like this.

In the middle of a summer of Eliteserien qualifiers, trophies and the European Cup, Bodø/Glimt coach Kjetil Knutsen is now thinking differently when it comes to squad use.

Last fall, his team cruised through the Eliteserien (gold) and group stage in the European Conference League (going unbeaten) with a near-certain eleven games across all fixtures, of which only injury and quarantine were valid reasons for the absence.

– Obviously, Knutsen answered VG’s question about whether he wanted to play more than before.

After overtime loss for Odd Saturday (2-3) waiting VG+ Sport Broadcast Champions League qualifier against KÍ Klaksvik on Wednesday. The club from the Faroe Islands host Aspmyra in the first of two matches.

If Glimt qualify for the next round, they are guaranteed four double qualifiers in Europe this summer. With two cup games and a normal elite league program following the football holiday in June, Kjetil Knutsen’s team will most likely go 21 games in a row on a weekend-mid-weekend cycle:

17 games were played in July and August, which Rosenborg also did in 2015, but Trnders got a week off between several European Cup games.

Bodø/Glimt didn’t just set a Norwegian record: After a European Cup double against Celtic, AZ and Roma this winter, plus six cup games played, 30 games in a draw and a new European group stage, Bodø/Glimt will end with 56 mandatory games in the year calendar 2022. The Qatar World Cup also means that all European club football is completed by the beginning of November.

A year ago, Knutsen was clear that he was playing around best 11 as long as they’re ready for battle – and boss Glimt mostly does as he says.

The Bergen resident explains why it will be different now:

– We were right at the top level last year with the number of games, and we did very well in that, but we may have a group that is physically at a higher level. Of the “main eleven” last year, four have been sold or left, Sondre Brunstad Fet, who is the engine in the team, has been out, and we had Ola (Solbakken) injured for most of the season, said Kjetil Knutsen.

Against Odd, Solbakken played his first match from scratch in two months and met the media with an ice pack on his knee. Amahl Pellegrino walked out of the Skeletons bloodied and wobbly after getting the boot of the Odds stopper that Odin Bjørtuft put in the face and Brede Moe was sent off at half-time with a groin pain for a “deterrent”.

– I’ve been clear internally in the coaching team that Europe is number one, draw is number two and NM is number three, and with NM it is going well. We must amazing smart, how we recover, how we follow up on individual players, what game shots are like, what time do we take out those who are most exposed. This will be a puzzle with a thousand pieces that must be placed correctly.

– Why is Europe the number one priority?

– There are international games, there are finances, there are references for the players, that’s important for Norwegian football. We knew going over the series we would be penalized the following year, but you have to take that momentum when you have it. Then we tried to ride several horses at the same time. If you have to factor in individual players with a view to being one hundred percent in that game, we will, admits Kjetil Knutsen.

He believes the team are playing better than when they were on holiday in May, revealing that Bodø/Glimt are looking for a left-footed left-back to complement Brice Wembangomo’s right-footed – and that the front trio is part of the team that it is natural to make changes from game to game. .

– We have good coverage there. It’s no secret that Bodø/Glimt and most of the Norwegian team are working on something. The media talks a lot about windows, but the closer you get to shutters, the more important they become no to hang to the player. You have to have those players early on, Knutsen said.

– With two good strikers – could Victor Boniface play in Europe and Runar Espejord in the Eliteserien?

– No, it won’t be like that, coach Bodø/Glimt assures.

– There is no single answer as to how to do it. You have to see where the group of players is physically, how the individual is physically. For now, it went without saying that there were a number of players who didn’t participate. Then we also have players who are there. Ulrik (Saltnes), Alfons (Sampsted), Hugo (Vetlesen), Knutsen trembled.

– I think it’s fun to play the match. You can’t be displeased with the tournament qualifiers. “We have to see it as a fantastic challenge that not everyone should take part in,” said Ulrik Saltnes of the intense program ahead.

He pointed out that they didn’t lose a game last fall when Knutsen very often put the same team together game after game.

– So there was so much debate last year about Kjetil Knutsen’s decision, Saltnes smiled.