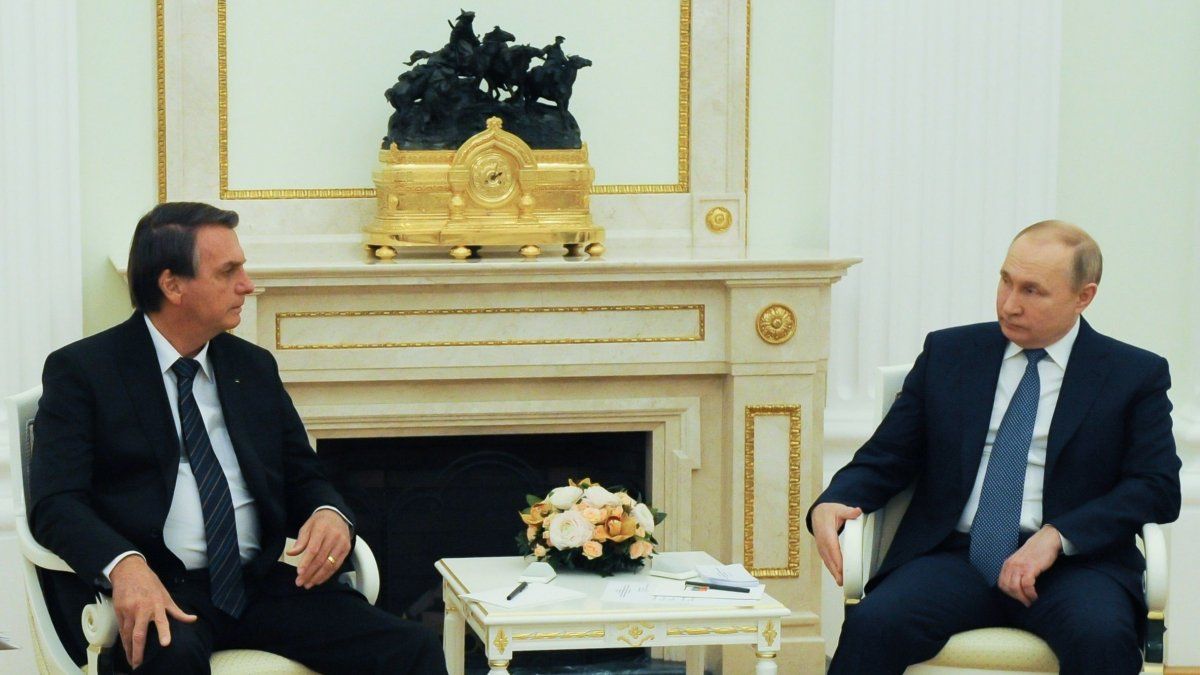 The president recalled on Monday that during the closed-door meeting, Putin “defended Brazil’s sovereignty in relation to the Amazon.”

While Putin supports Brasilia’s position, “other countries such as France, Britain and the United States relativize our sovereignty over the Amazon,” he compares.

“Putin with his veto (at the UN Security Council) said that the Amazon belongs to Brazil and discussions (on sovereignty) are not continuingpeople from outside are eyeing an area bigger than Western Europe,” Bolsonaro said.

The Brazilian president’s remarks are in line with other statements of praise about Putin made by Bolsonaro since he traveled to Moscow.

The former ultra-conservative military member has declared himself “neutral” in the face of Russia’s attack on Ukraine and turned down an invitation to visit Kyiv formulated by the president’s government. Volodimir Zelenskywhich he describes as a “comedian”.

Last week Brazil abstained in the UN Assembly over a US motion to have Russia suspended from the UN Human Rights Council.

In another part of his remarks on Monday, Bolsonaro referred to Russia’s imports of potash used as fertilizer.

“While I was in Russia, at the beginning of the year, I spoke with President Putin before the invasion of Ukraine, about something our people are very interested in, the continuity of the supply of potassium, which is guaranteed, we hope that continuing that guarantee is for the good of our business here. ‘ said Bolsonaro.