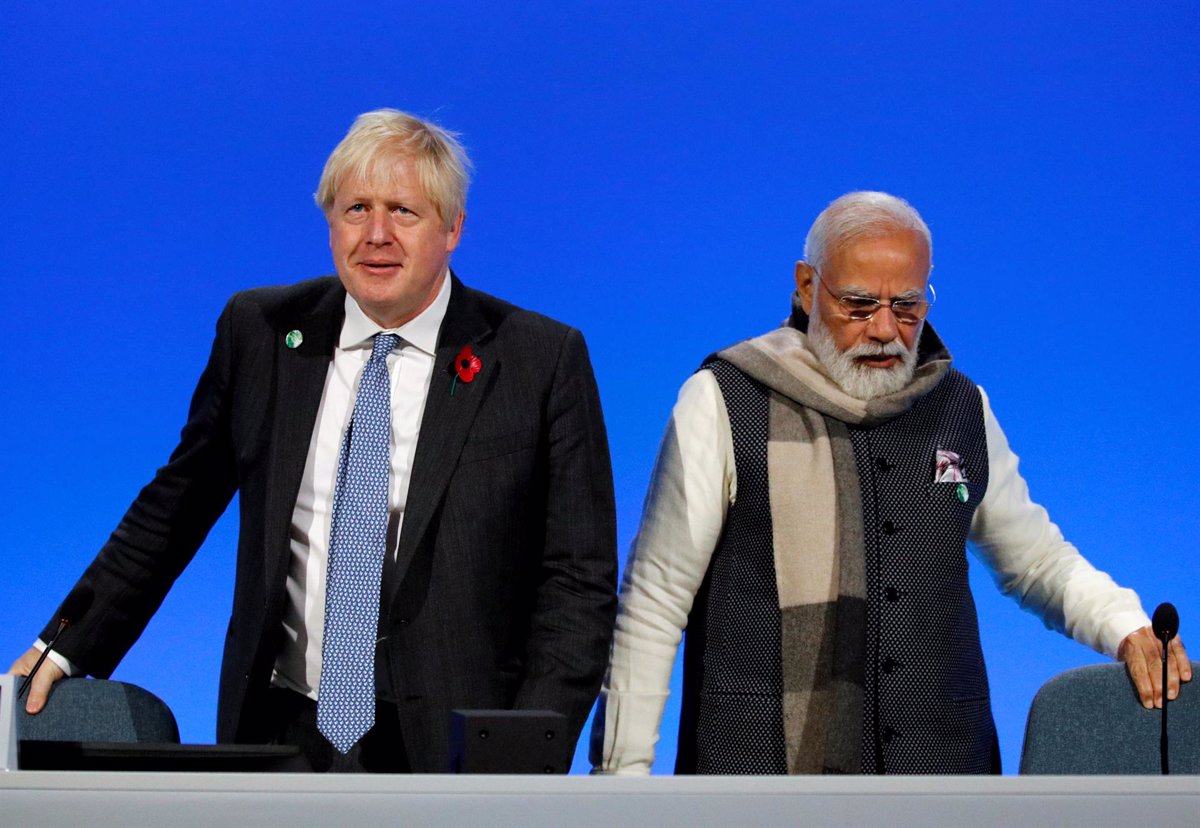 British Prime Minister Boris Johnson will visit India this week for the first time since taking office to deepen the partnership between the two countries in the face of global economic challenges and threats from autocratic states.

This was announced in a statement by the UK Foreign Office, which detailed that Johnson would meet with the leaders of India’s top companies, as well as with India’s Prime Minister, Narendra Modi.

In New Delhi, Johnson and Modi will hold talks on the strategic defense, diplomatic and economic partnership between the two countries, with the aim of strengthening security cooperation in the Indo-Pacific, Downing Street explained in the letter.

Similarly, the British Prime Minister will use the visit to promote the progress of the Free Trade Agreement negotiations which began earlier this year. “The deal with India is expected to increase our total trade by €33,814 billion per year between now and 2035 and increase revenue across the UK by £3.622 billion,” the UK government said.

“As we face threats to our peace and prosperity from autocratic countries, it is imperative that democracy and friends remain united. India, as a major economic power and the world’s largest democracy, is a valuable strategic partner for the UK in these difficult times. uncertainty”, said Johnson, who had detailed that during his visit he would focus on job creation and economic growth in both countries.