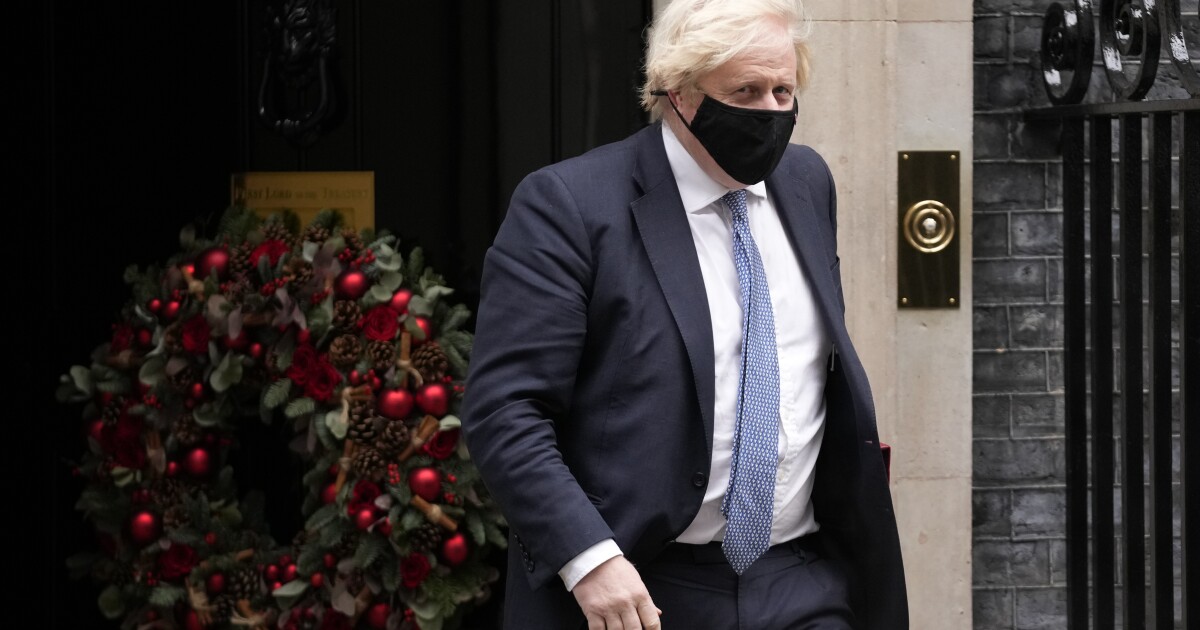 British Prime Minister Boris Johnson said Wednesday that no minister in his government would attend the Winter Olympics in Beijing, which “in effect” constitutes a diplomatic boycott.

Britain’s decision comes after the White House and the Australian government confirmed a diplomatic boycott of the February winter meeting in protest at the Chinese government’s human rights abuses. China promises “strong countermeasures.”

In his weekly session in the House of Commons, Johnson was asked if Britain would join a diplomatic boycott of the US, Australia and Lithuania Winter Olympics.

“No ministers and no representatives are expected to attend,” he told lawmakers. “The government does not hesitate to discuss this issue with China, as I did with President Xi (Jinping) the last time I spoke with him.”

Johnson said he did not believe that “sports boycotts made sense” and that this was his administration’s policy. The diplomatic decisions of the United Kingdom, United States and Australia will not prevent their athletes from competing at the fair.

The British Olympic Committee plans to send a delegation of 50 to 60 athletes to Beijing.

Human rights groups have called for a complete boycott of the Olympics, citing China’s human rights abuses against the Uighurs, a Muslim minority in the northwestern province of Xinjiang, which many call genocide. They also noted the crackdown on pro-democracy protests in Hong Kong and the persecution of dissidents in the semi-autonomous territory.

On Monday, the White House confirmed that it would carry out a diplomatic boycott of the upcoming Winter Olympics in protest against human rights abuses in China. Australia imitated him on Wednesday, and Prime Minister Scott Morrison claimed it was in “Australia’s national interest.”

He referred to his country’s deteriorating relations with China, including accusations of Australia’s decision to acquire a nuclear-powered submarine, as well as human rights concerns.

China’s Foreign Ministry denounced Morrison’s announcement as a “political stance” and added that “no one will care whether the Australian representative travels or not.”

It was not immediately clear whether the British royal family would be able to attend the Olympics in 2022. Princess Anne, daughter of Queen Elizabeth II, competes in the Olympics on horseback and is chair of the British Olympic committee. He is also a member of the International Olympic Committee.

Relations between Beijing and Britain, the United States and Australia have soured after three Western nations announced in September that they would form an Indo-Pacific alliance that would allow them to share defense strategies. The pact would make it easier for Australia to get nuclear reactors to power its submarines, but these submarines would not be equipped with nuclear weapons.