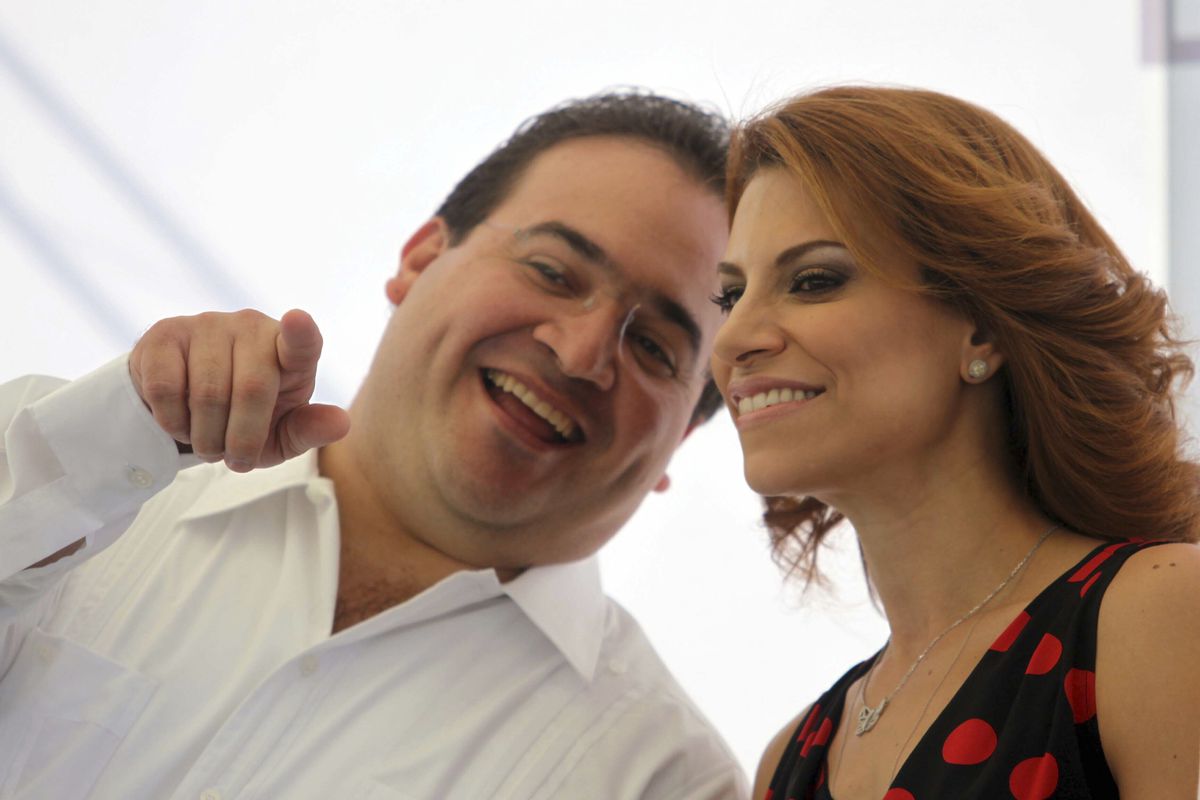 Britain has given the go-ahead for the extradition of Karime Macías to Mexico, the ex-wife of former Veracruz PRI governor Javier Duarte, jailed for embezzlement between 2012 and 2016. Mexican authorities are demanding the return of Macías, accused of defrauding 112 million pesos (about six million dollars) from the treasury, when he was in charge of the Integral Family Development System, a State public aid organ for people with less resources.

Last February it was announced that a London judge had granted Macías free entry into Mexico because there was insufficient evidence against him linking him to the crime of embezzlement. Now the Ministry of Foreign Affairs has confirmed the order. Macías’ defenders have announced that they will appeal the resolution, so extradition will not take place immediately. The former first lady still has 14 days from Tuesday to challenge the British authorities’ decision.

In February Macías, 45, stated in a letter that the accusations against him, made during the reign of Miguel ngel Yunes, were false. “[Como titular del DIF] not a single peso goes into my pocket, so long as there is no evidence in the allegation (…) I live in England with my young children, until recently, without any of the luxuries they would have us believe . . My financial situation is critical,” he said in the document. Duarte’s ex-wife also had another trick to prevent him from returning to Mexico: a request for political asylum in Britain.

The Attorney General’s Office (FGR) confirmed the news about the extradition. “The UK Department of Foreign Affairs has just ordered the extradition of Karime “M”, ratifying the resolution of the British court adjudicating the case,” the attorney general’s office said on its Twitter account. FGR’s statement comes after the Westminster (London) Magistrates Court announced the news. “The United Kingdom government agrees with FGR and the evidence it provides, and declares it to be extradited,” prosecutors said in a brief statement.

On 17 February, FGR reported that it had won its first case to extradite Macías, although it stated that he could appeal the decision. “In accordance with the procedure established by law in the UK, the judge will transmit the dossier to the Home Secretary, so that he can determine, in accordance with his powers and attributes, whether the requested international extradition proceeds,” he added. Mexican Ministry of Foreign Affairs. The investigation into Macías began in 2018. A year later he was arrested after voluntarily appearing before British authorities to face an extradition request. Following the trial, Macías paid bail of 150,000 pounds sterling (nearly four million Mexican pesos) to continue proceedings in freedom.

Former Governor Duarte, considered a symbol of the alleged PRI corruption scandal during Enrique Peña Nieto’s six-year term (2012-2018), served five years of arrest this April following his arrest in Guatemala. Duarte was sentenced to nine years in prison in September 2018 after pleading guilty to crimes of criminal association and money laundering.