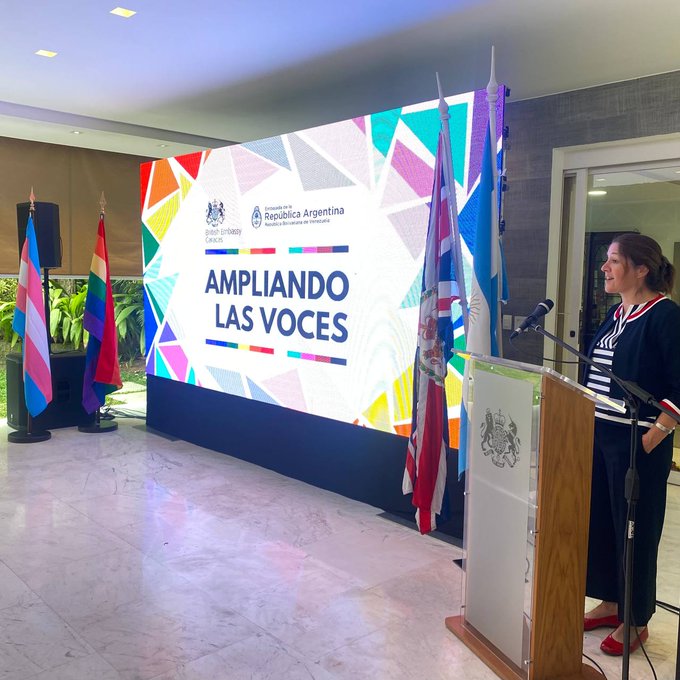 Venezuela.-Becks Buckingham, an official from the UK, expressed his support and support for the LGBTTTIQ community in Venezuela, during the trinational event between Argentina, Venezuela and the UK «Amplifying the Voices».

In her participation, the UK’s attorney in Venezuela, Becks Buckingham, stated that the promotion of the rights and freedoms of LGBT+ people is a UK priority around the world.

He pointed out that both Argentina and the UK are co-chairs of the Coalition for Equal Rights, an intergovernmental organization that works for the protection of people’s rights.

British officials in Venezuela stated that the rights of the LGBTTTIQ+ community were a priority because they too had to be universal.

“It is a human right, which must be universal because everyone has the right to live with dignity and respect, regardless of their sexuality or gender identity.”

Login: They created a hotline for crimes against the LGBTTTIQ community

The official also spoke of discrimination and exclusion, as he stated that if barriers were allowed for those who were “different”, social and economic effects would result.

Also at the event, the Head of the Political Section, the Argentine Embassy in Venezuela, Norberto Fernández, highlighted the progress made in the rights of the LGBT+ community in Argentina.

Meanwhile, from the Venezuelan side, Richelle Brieño, a transgender activist, shared her experience as well as raised the main challenges to promoting the rights of the LGBTTTIQ+ community in the country.