César Milani justifies Russia’s invasion of Ukraine and assures: “Putin is the most important leader of the century” 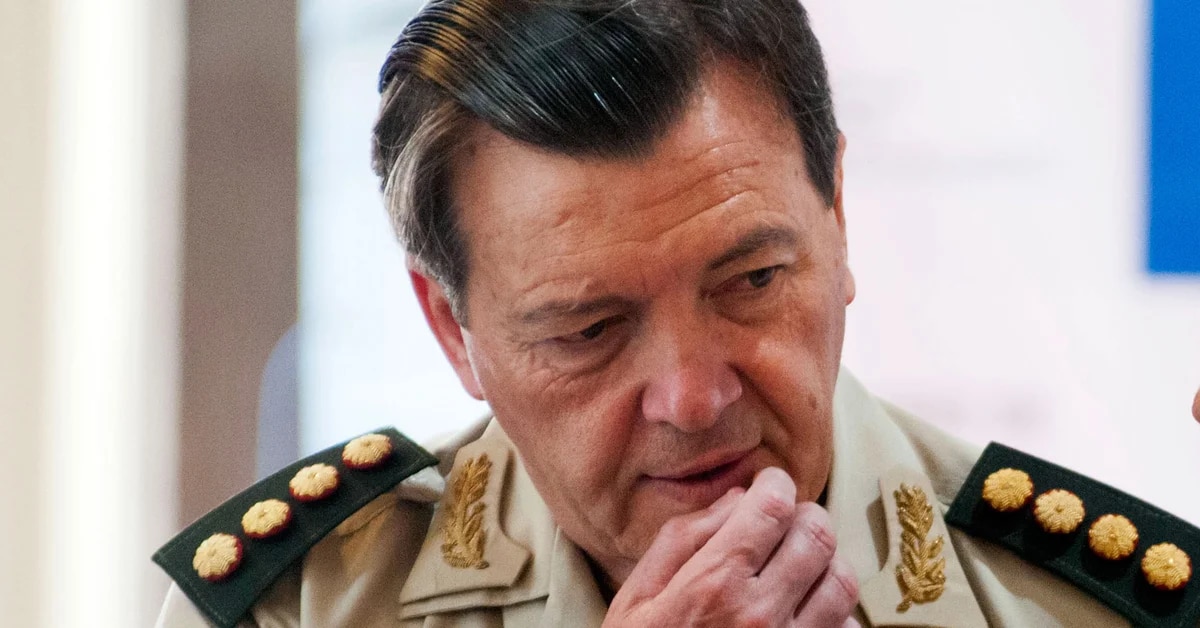 In the midst of the armed conflict in Ukraine that has caused thousands of deaths and suffering throughout the country’s civilian population, the former head of the Argentine Army Caesar Milani blamed NATO, the United States and the United Kingdom for the attack initiated by the Russian president, Vladimir Putinwhich he describes as “the most important leader in the world so far this century”.

“Many demonized him, comparing him to Stalin, to Hitler. I remind you that the largest concentration of people addicted to neo-Nazism is in Ukraine, not Russia, And that’s what Putin is also trying to do, get these people out.”, analyzed. “Putin warned about that a few years ago. Europe knows that this will happen if they do not stop the United States and Britain, which are the leading countries in NATO.

Although he clarified that with this statement he did not “support war”, Milani tried to justify the Kremlin’s actions by stating that “NATO, the United States and Britain are strangling and cornering Russia, which Of course, he considered it impossible to have NATO on his borders, with the installation of bases on the border, with the possibility of reaching Moscow soon, and this ending with the invasion of Ukraine.”

“Of course Russia invaded and started a war, but all the previous troubles were the cause of this reaction. And behind it all are the United States and Britain, which are the culprits. They have to listen to legitimate claims from Russia that they don’t want NATO shut down”, analyzes Milani.

During the interview he gave this Saturday to AM 740, Rebel Radiothe military man argued that “there is a relationship between Russia and Ukraine that has united them deeply for decades” and blamed the North Atlantic Treaty Organization for expanding after the fall of the Soviet Union, “despite the fact that there was a commitment not to do so.” “.

Asked about his personal outlook on the escalation of the war conflict, he said: “I think the situation will lead to a military defeat of Ukraine. and since then the United States, France and Germany have had to sit at the negotiating table to agree not to bring NATO to Ukraine. Because it is a permanent conflict. At least that’s what Russia is asking for.”

And he added: “War is a catastrophic phenomenon. With nothing to accept, the world should be at peace. But here are the historical, geopolitical and strategic issues that forced Russia to react in this way.”

In addition, he criticized the opposition for demanding stronger rejection by the Government of Putin’s actions: “I never heard of (former president Mauricio) Macri or (PRO head, Patricia) Bullrich ripping their hair out when the United States invaded countries and caused hundreds of thousands of deaths”comment on it.

In this sense, Milani considers that “the one with the least authority to give an opinion is the United States, which in the face of every military intervention they make, they speak of additional damage in the face of the deaths they inflict.”

In December last year, Chamber I of the Federal Chamber of Cassation confirmed the release of the general, who was the head of the Army during Kirchnerism, in the case initiated by the soldier’s disappearance. Alberto Agapito Ledo during the last military dictatorship.

Milani was acquitted in December 2019 by the Tucumán Federal Oral Court, which had tried him for this act, which occurred in the early hours of June 17, 1976. At that time, the former official held the rank of second lieutenant in the Army.

César Milani, during his time as Army Chief (DYN)

“Want to know what is the fate of Ledo? I believe that they should follow the intelligence trail here in Tucumán. Later, witness Tello emerged who claimed to have seen Ledo alive at the end of 1976 entering the detention center with three people,” said the former TNI commander during the trial.

The Prosecutor’s Office has requested six years and a double disqualification for Milani, who faces charges of crimes of concealment and ideological falsification of a public instrument. On the same day that Miliani was released, the Tucumán Federal Oral Court, consisting of judges Carlos Jiménez Montilla, Gabriel Eduardo Casas and Enrique Lilljedahl, sentenced Esteban Sanguinetti. Sanguinetti he was Milani’s boss when the incident happened

The sentence for Sanguinetti is 14 years in prison, although because he was -77 years old when sentenced-, he was given house arrest. Sanguinetti was found guilty of being a secondary participant in the crimes of unlawful deprivation of liberty and grievous murder for treason against Ledo.

In addition, Milani was also released in August 2019 in the case of kidnapping and torture. Pedro and Ramon Olivera in March 1977, when he worked as second lieutenant of the 141st Battalion La Rioja.

Where do sanctioned Russian oligarchs and Putin’s red circles hide their wealth
Helmet or gloves?: new verbal trials begin against Guillermo Moreno
Tensions between Alberto Fernández and Cristina reach political limits after a serious incident in front of Congress