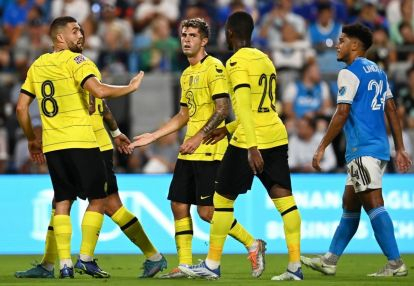 The operation comes months after the Boehly-led consortium acquired Chelsea for 2,500 million pounds (2,931 million euros). They have also pledged to invest another 1,750 million pounds (2,052 million euros) in the club to upgrade the squad and infrastructure, from the Stamford Bridge stadium to the sporting city. Bank of America and JP Morgan are among the banks involved in the financing.

The term loan will form part of Boehly and Clearlake’s £1.75 billion commitment to Chelsea.according to the media mentioned above, while the renewable credit limit is so that the entity has more liquidity to face its payments.

The investment commitment is crucial to meeting the conditions set by Abramovich, who sold Chelsea after Russia invaded Ukraine. The operation was signed after the British government sanctioned Abramovich last March, accusing him of having close ties to Vladimir Putin.

After this sale, the new owner of the entity blue they devised a financial plan to improve the club’s London operations, including expanding its fan base around the world. Also on the roadmap is investing in technology and content generation, as well as expanding to markets such as the United States to drive the club’s growth.

The club has announced the signing of Tom Glick as business director. The executive began his career in the mid-90s, holding various managerial positions in the world of sport. Among them, a new business director took up a position in the marketing area between the NBA and the Brooklyn Nets between 2004 and 2007. Then, in 2008, he made the leap into football, particularly in England, as president of Derby County. In 2012 Glick arrived at Manchester City and during For the past four years, the manager has held the position of president of the Carolina Panthers of the National Football League (NFL).