Chelsea is devastated as she tries to save her fortune 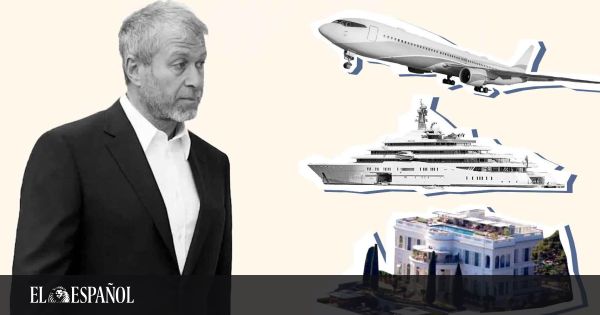 Roman Abramovich It may have been the most affected in the sports sector by sanctions against Russia. Chelsea owner and tycoon has always been linked with Vladimir Putin. And that relationship, once the invasion of Ukraine broke out with subsequent punishment from other countries, placed it as a relevant face when it came to taking action. A month after announcing the sale of the club, the entrepreneur is still looking for a solution while his team falls apart.

The tycoon, who can’t step great Britain, had embarked on a travel route across Europe to plan his post-invasion life. Many things will change, especially in your daily life on British soil. But what he hoped would remain the same was the earning power he was used to. For this reason, the entrepreneur works to defend his empire both at the sporting level and in other sectors.

Since the Russian invasion of Ukraine began, Roman Abramovich has grown in his position. He went from avoiding any statement through Chelsea announced the sale of the club, allocating profits to those affected by the war. And it all ended in joining the peace negotiations between Russia and Ukraine. His role, according to media such as the Financial Times, was highly valued by Zelensky in mediation talks.

However, the big doubt that exists in Abramovich’s circles is whether all this involvement is for the end of the war or just a strategy to save his kingdom. according to Forbes, Roman Abramovich has a fortune of 8,300 million dollars which could now be affected by sanctions against Russia. His participation in these negotiations, to date without great success, has earned him the right to be discussed both on the Ukrainian side and on the Russian side itself.

Vladimir Ashurkov, executive director of the Anti-Corruption Foundation set up by his opponent Navalny, was one of those who showed ignorance about Roman Abramovich. “He’s a creative man and he has creative people working for himso it might be a way to have a chance to relax sanctions”, he said in a statement to Financial time. The oligarchs, despite everything, continued on their way.

A club in Turkey

Roman Abramovich has been seen in Turkey even with President Erdogan. The meeting was to discuss a war solution, but it perfectly reflected the power that the Russian oligarchs had. The institutional recognition accorded him strengthened his position and, moreover, turned Turkey into a haven for moving in the near future.

Realizing that Chelsea will lose, the latest news points to the new acquisition of Roman Abramovich to stay in the sporting sector. Regardless of the level change that would occur, the idea the tycoon had was to get goztepe Turkey. A club from the first national league located in Izmir and whose sporting results are far from what was achieved at Chelsea.

Therefore, Abramovich sees it as an investment opportunity to continue to generate income. The operation will not be expensive and Turkey will not cause problems, as these meetings with the highest political circles show.

The England team remains the property of Roman Abramovich. The tycoon took too long to prepare the equipment for sale and had no time to get rid of it before the tycoon’s arrival. penalty. For that, every movement that occurs in the London complex must be monitored by the British government. From a change of ownership to a simple ticket sale.

The name that gains the most power to gain team ownership is Tom Ricketts. The son of Joe Ricketts, the head of a business family in the United States, started with a profit. The only complication that has arisen in recent hours has been accusations of racism against his father, Joe, whose emails show comments. xenophobic against the Muslim population. An attitude that Chelsea ultras wanted to use to avoid Tom’s coming to power.

Therefore, the situation at Chelsea is unusual and historic. While news about the future of the club is born every day, the players try to concentrate on pure sport. And all without knowing how the season will end, as it has been hinted from the club’s side that there are doubts even about how salary payments can be dealt with.

The first big challenge is to face Real Madrid in the Champions League quarter-finals. Ignorance of whether there will be hearings has been resolved after the exception was approved by the executive chaired by Boris Johnson. However, there is still a long way to go to see how this case develops. The 1-4 score suffered against Brentford is confirmation of the crisis the entity is in.