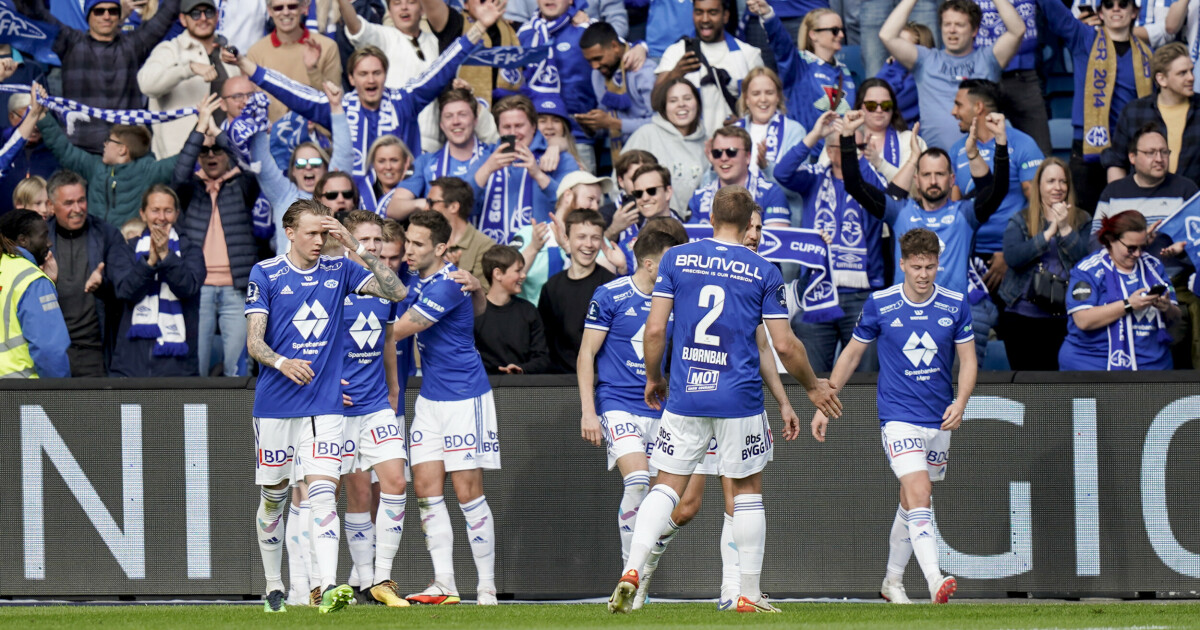 Kjetil Knutsen and colleagues. eager to lift the King’s Cup at Ullevaal. But Erling Moe and Molde offered tough resistance.

It took 76 minutes before we got the only goal of the day in front of 19,657 spectators. Magnus Wolff Eikrem fell to the ground within 16 meters. Judge Rohit Saggi thinks Brede Moe dropped Molde’s profile. Sivert Mannsverk made no mistake and put the ball into the net.

Bodø / Glimt goalkeeper Nikita Haikin was condemned for the decision and deemed Wolff Eikrem overplaying. But the referee stood his ground. No more goals. And thus Molde was the cup champion.

The match’s lone scorer was of course very happy after the game:

– Look at this. 19 years and having this experience… It’s just unbelievable, Mannsverk told NRK while looking at the sea of ​​people at Ullevaal.

– I was told that I must accept the punishment first. When I receive punishment, I decide everything else around me. Punishment should be the goal ten times out of ten. I put that pressure on myself, he continued.

– We made too little. We want to be an offensive team and then we have to create more goal chances. “Today we deserved to lose,” Knutsen told NRK.

– We didn’t deserve to win like we saw today. I hope we can perform better than we did in 90 minutes. We’re limping right, I think, is Brede Moe’s verdict.

The supporters of the cup final team have been a hallmark of Oslo all weekend. When the match started at 16.00, the voices of the Glimt supporters sounded the loudest. They have good training after some great performances in Europe this winter.

The first half was entertaining, although neither team scored. Bodø / Glimt got the first chance from Runar Espejord who headed out in the 13th minute.

Seven minutes later, Molde’s Ola Brynhildsen had two chances in a row. First on the brass kick, then on the kick that goes straight out.

The biggest drop for Molde in the first half was Eirik Ulland Andersen having to miss out through injury.

If a team had to take the lead, it would be the blues of West Norway. Magnus Wolff Eikrem made a dangerous free-kick just before half-time. Shortly after, Brynhildsen’s shot went past Marius Høibråten and straight at the goalkeeper.

With the score 0-0 at half-time, many were talking that it could be a long afternoon and evening at Ullevaal. Bod/Glimt and Molde have been the best team in Norway for the last three years.

The yellow shirt tightened his grip in the second half – without taking any big chances. Brynhildsen and Molde, on the other hand, got it as the clock drew near.

Brynhildsen even started an attack, with Wolff Eikrem storming the field with the ball. Instead of shooting, he handed the ball to Brynhildsen, who could only place it in the net. However, Nikita Haikin of Glimt managed to hold back the rebound and slotted the ball into the empty net.

Now there are goals in the air. And it came – after 76 minutes.

The referee thought Brede Moe had fouled Magnus Wolff Eikrem within 16 meters. Shine Keeper Haikin disagreed and jumped up and down like a savage. 19-year-old Sivert Mannsverk did nothing wrong and scored.

– There may be doubts, but I think I will be caught. He may have had the ball a bit, but at the moment it means nothing. “I think we deserved it,” said Eikrem after the game.

– I threw myself to try to block. I felt he saw me coming, waited for him and stuck his leg out, so when I touched him he crumbled. “But when I threw myself I might have given the referee a chance to blow,” said Moe.