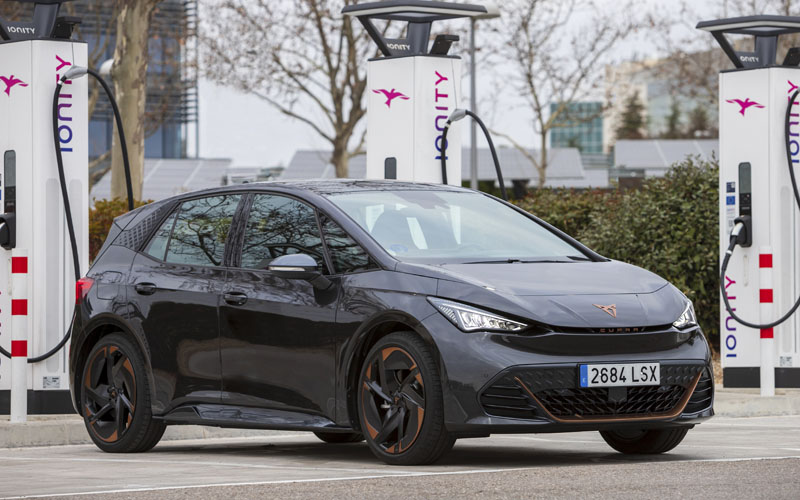 CUPRA speeds up the process with Plug & Charge technology, which offers a simpler way to charge CUPRA Born, with access to over 310,000 public charging points in Europe

This assumes that the user You no longer need a cell phone or an RFID (Radio Frequency Identification) card to perform operations. “At Cupra, we’ve made charging Born as easy and intuitive as driving an electric sports car. Plug & Charge is a technology that, apart from optimizing the charging process, is also in tune with today’s world.”said global director of Product Marketing, Carlos Galindo.

In the same way, the Volkswagen group expanded its European charging network, which today,Includes over 310,000 charging points, including 10,000 fast chargerswith a power of more than 100 kilowatts, spread over 3,000 stations, after signing agreement with BP.

This charging unit is called the Volkswagen Flexpole, it has power 150 kW and in addition to having two charging points, they have an integrated battery storage system. This way they can be connected directly to the low-voltage network, eliminating the need for special substations and construction work, reducing installation time and promising such charging speeds.

First refill unit It is already operational and open to the public in Düsseldorf (Germany), and it is expected that in 24 months there will be up to 4,000 charging points in Germany and the UK.. By the end of 2024, it is planned to install up to 8,000 charging points in Germany, the UK and other European countries. BP is rapidly expanding its electric vehicle charging network as well as its extensive outlet network.

Charger locations will be integrated into Volkswagen, Seat and Skoda vehicle navigation and other software, as well as the Volkswagen Elli charging app, making it easier for drivers to find available charging points. Addition, every electric vehicle driver will be able to use the new charger as part of the BP Pulse and Aral Pulse networkwhich will allow all electric vehicle drivers to register and earn rewards from the BP/Aral loyalty program.