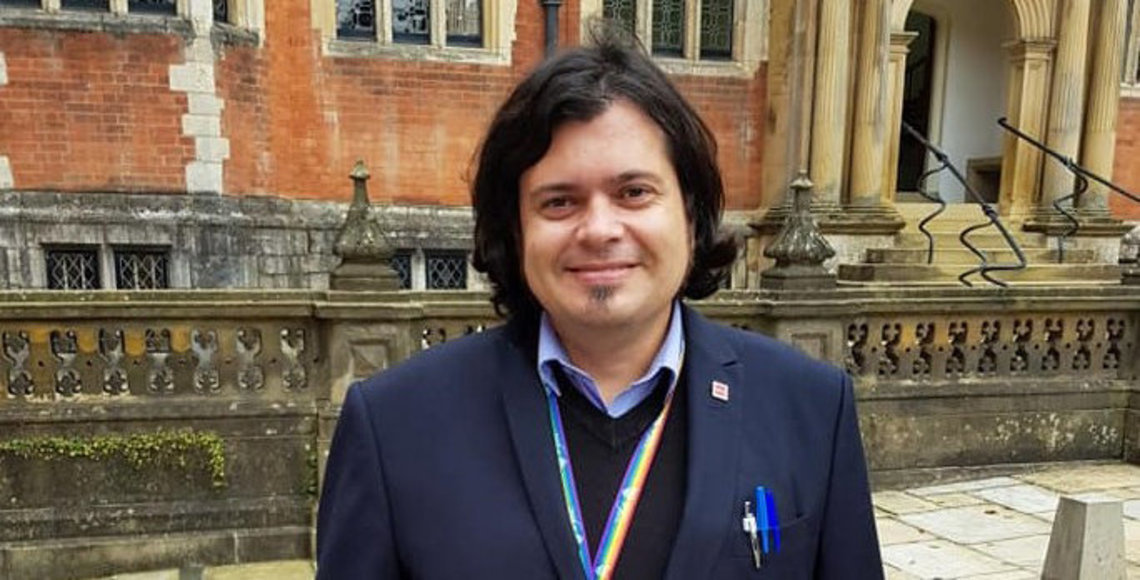 It seems that many of the institutions that represent us as citizens were underdeveloped and stalled decades ago.

Not only does what is discussed and voted for seem to be repeated over and over again, and what one person does is overturned by another, and then we have to go back to trying to fix failed and outdated laws due to lack of vision, but despite all this, we have very little rotation in bosses and representatives.

When we look at who makes up bodies like the judiciary, or who sits in the majority of seats in the Senate, Congress and Regional Parliament, we clearly see how common the same faces are and the tendency to repeat themselves.

In recent years there has been an approach to full parity in political representation, although the closer you get to the extreme right, the presence of women drops dramatically… surprise? Well no.

Repetition rejuvenation also seems likely to be on the rise, and that’s not because veterans are leaving the couch voluntarily. This renewal is due to the exhaustion of the old ways of politics and the need to represent needs in other ways.

More than two million seven hundred thousand Spaniards abroad, the third province in Spain by population, have a body representing us called the General Council on Spanish Citizenship Abroad (CGCEE). This agency is the Government’s consultative and advisory body on matters concerning the diaspora, but this is only on paper…in fact, the ministry cares less about us and we are heard less than law 40/2006, 14 December 2006 provides for the CGCEE.

This body is made up of Spanish nationals living all over the world, and in this Mandate VIII, we will form it citizens living in 30 different countries. Two representatives in Asia, one in Oceania, seventeen in Europe, and twenty-three in the Americas, for a total of forty-three members of the general council.

This first figure, if we compare it with historical data, shows us that residents in Europe have organized more Councils of Resident Abroad (CRE) and they have gone from 9 seats to almost double the number, reaching 17.

Germany, despite being the third country in the number of Spanish emigrants until 2021, did not have representation in this institution in its recently completed previous mandate, and now they have 2 seats that will be borne by counterparts from Berlin and Frankfurt. Can you imagine that there is no representation of Valencia during the legislature in the Congress of Deputies or the Senate?

In the UK, out of 3 possible Resident Councils, all three have been achieved, and we have doubled representation in Madrid, and in the US, 2 CREs have become 7.

Of the 43 overseas representatives, only 10 positions were repeated with a large majority of 33 people being elected for the first time for the position. There are even fewer representatives of those who have served more than 2 terms, with only two members of the general board having this experience.

Of the seven members that make up the Permanent Commission, six and the president of the CGCEE have not been re-elected, so this decision-making body will be composed entirely of new members.

Another aspect to note is that in the last 3 decades we have gone from a female attendance of under 25%, with only 9 female assistants in Mandate IV (2003) to as high as 19 (44%) in the elections we have held. this March.

In 2017, at the first meeting of this mandate, some emigration media highlighted that the mandate increased women’s participation from 13 to 15, but this mandate, the jump to 19, has brought us closer to much more distributed representation, doing justice to emigration when this.

It was also highlighted in 2017 that a “new generation of emigrants” arrived at the CGCEE and the presence of representatives far from retirement age was highlighted as something that could help change this dynamic and rejuvenate the body.

In the 2021 CRE election and now in the CGCEE seat March 2022, we have also succeeded in lowering the CGCEE average age further, and we will miss out on the experience our elders have to offer, gained in other aspects that can help to dynamically and modernize work together, and manage to build more constant and productive work.

All of these changes to the composition of the CGCEE can and should help change the work culture of this institution. We no longer have the majority of veterans “guiding” us and showing us the way, and this institution becomes a blank sheet of paper on which we can work without any debt to what we did or did not do in our previous mandate. .

These characteristic changes don’t happen often in our institutions and imagine that, in the next general election in our country, out of the 349 seats in the Congress of Deputies we will have 268 new faces… not necessarily a guarantee of success if past mistakes are repeated or if we continue to be ignored and ignored.

It seems that soon we will be invited to the plenary session of the opening of Mandate VIII and the winds of change are already in the air. Continued stagnation is going to be very serious and we have the next four years in which we hope that the political parties, once the requested vote is lifted, will have to start offering us solutions or fighting for some of our fair cause…and if we achieve political reform in other institutions, maybe we can change and move forward.