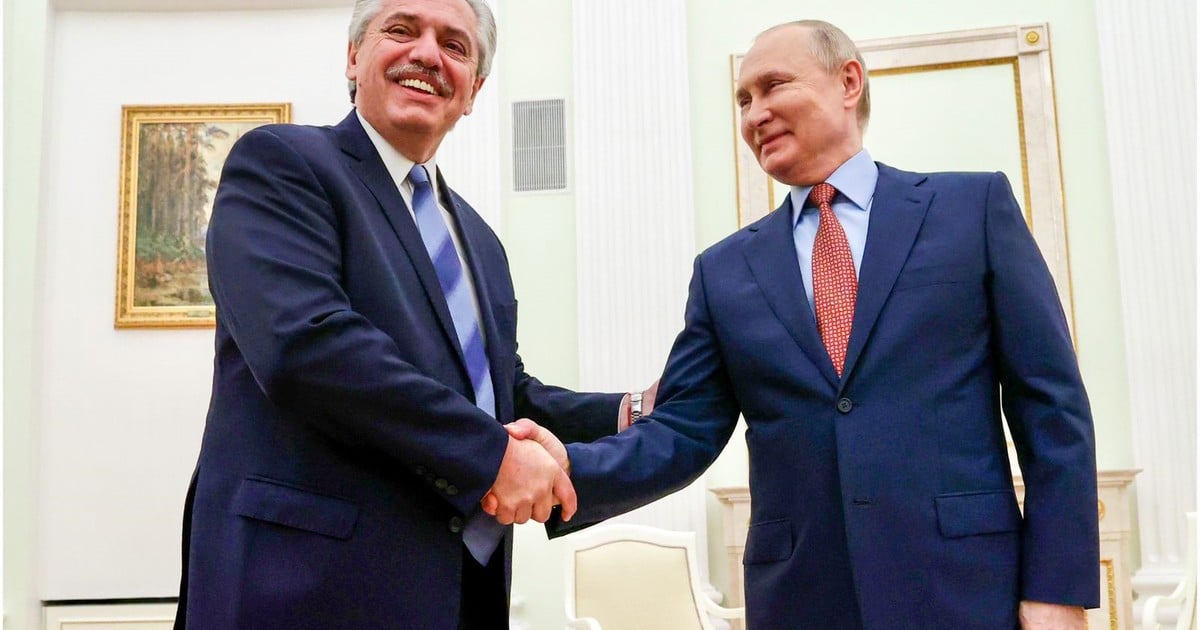 First of all, we congratulate the fans of Deportivo Putin for the extraordinary steps they took to start this new campaign. Congratulations we go from here to Maduro, Cristina, Ortega, Máximo, Bolsonaro, Alicia Castro, apartment in Kavanagh Alicia Castro, Trump, La Cámpora, Cecilia Nicolini, second dose of Sputnik that Cecilia Nicolini will bring, Iran , C5N key beard, North Korea , Zaffaroni and many others Russian star fans.

We also congratulate the Kirchnerist media for their efforts to explain to us that the authoritarian regimes of the US, Canada, Portugal, Spain, Italy, France, Germany, UK, Ireland, Belgium, Netherlands, Denmark, Norway, Sweden, Switzerland, Greece , Croatia, Poland, Romania and other Western dictatorships cornered Putin’s democracy and they gave him no choice rather than invade Ukraine and kill its inhabitants.

With that said, let’s get started season N°15 page 2 of this hegemonic medium with the mission of making our daily reality a little more bearable and always trying to give an optimistic view of the facts. Example: despite the crisis this country is in, we must appreciate that, in Argentina today, With one thousand dollar bill, you can buy up to four one dollar bills and on top of that you have money left over for 10 bondi tickets at AMBA. With these simple facts we summarize the state of the Nation and the economic history of the last 20 years. The rest is fine print for economists.

To continue to think positively and look at the savagery that Putin exudes, we can also say that the furry beast that governs us, which governs us and which will rule us in the future, is relatively adorable.

Even though our leaders think of themselves as strong, epic, energetic, visionary, patriotic and all that, those of us who see it from the outside, those of us who go to work every day and those of us who collect taxes, know it’s no big deal. Great statesmen are made, but You can see the stitches everywhere. Not to mention when they went to the bow.

In fact, “president” Fernández returned from his tour of Russia and China and included one of his maxims (word for word from February 12): “I don’t mean to impose a Maoist regime on Argentina” Come on, let’s be honest Who would believe that a man who couldn’t crack Luana Volnovich or Luana Volnovich’s boyfriend would be able to impose a Maoist regime? After all, more than a “Maoist” it can be a “Meoist”, taking into account that they pee on our heads.

Alberto’s offer to Putin for us to be Russia’s gateway to Latin America is also not something to be taken seriously. Those are the things he used to say at the coffee table with those of the dealer. If you pressure him to sell, the person sells. No more than that. Nothing to worry about.

Maybe Cristina will cause some concern, especially given her behavior Tuesday in Congress, but that’s no big deal either. There was nothing wrong with him that couldn’t be solved with some medicine. Today medicine works wonders.

And on the other hand there’s not much to worry about. In recent weeks, former President Macri has been accused by Verbitsky of trying to organize a temporary military invasion of Venezuela page 12 He accused him of leading the Gestapo. At the same time, a group of Kirchnerist militants denounced that Macri planned to bring water from Lago Escondido to the US in partnership with billionaire Lewis and the national government accused him of organizing with the IMF what they called “biggest scam in Argentine history“

Dear readers, with one hand on heart: if Cats had the knowledge and ability to regulate only 10% of what they give them, the state would become a phenomenon, Cristina would never return and the Kirchnerists would be the only one Comparison of ancient people raving chavismo at Parque Centenario. Instead of that, the great wisdom of Macri and his best team in 50 years has made them now a bunch of rattling chavismo obsolete, but at Casa Rosada.

Now the government is very offended that the PRO deputies rise from their seats while the “president” speaks. They forgot that on the day Macri took office in 2015, the Kirchnerist deputies were in person they refused to go to that place and left the Legislative Assembly empty on Cristina’s orders and the head of the block at the time, Deputy Recalde. In other words, Macri is not yet in office and it is the same people who are now offended to vacate the National Congress where a democratically elected president by Argentina is being sworn in. No right to kick. To mourn the church.

The PROs also can’t be offended by the things the “president” has to say about debt. At least he said something. Sarasa Barricade, but something. If the Macri government had explained very clear and with all the details the reason why he ran for help from the IMF and then reported in detail what every dollar was spent on, the Kirchnerist story wouldn’t have happened. The Cambiemos government’s dancing and singing was great, but when it came to speaking and explaining in a timely manner with data and arguments, it was a disaster. And it is well known that in politics there is no empty space. What is not occupied by the one, is occupied by the other. It’s too late now. To mourn the church.

This is the reality we have and with this we have to face it. We just have to be careful with our main leader don’t fulfill their wish to burn the country and lead us to the worst confrontation. Beyond those details, you have to let them play. They are comedy. Of course, we’ve known better comedy and it’s never quite right now in the world to remember it. Let’s make history.

After the events that Captain Piluso referred to, in the late ’60s and in the cycle of Operation Ja Ha, Negro Olmedo scored another blow: Grandson, Ukrainian magician. Yes, dear readers, the magician Rucucu is Ukrainian.

The characters break the so-called fourth wall on television and begin to show what’s going on behind the camera. Technicians, whisperers and assistants were exposed to the air by a brilliant magician who played with them and spoke to us imitating a Ukrainian accent. Finally, he grabbed the camera lens and asked viewers not to touch the buttons on the television (years later the remote control) and not to change channels. “Don’t touch the button” in Ukrainian it says “don’t touch button”. From there emerged what would later become the enduring title of the most successful program of the beloved Olmedo.

Years later, Ukrainian comedian, political humorist and now president of Ukraine, Volodimir Zelenski, appears. We’ve been talking about him on this page since he released the film in April 2019 which challenged former president Poroshenko to a debate at Kiev’s Olympic Stadium before the vote that would consecrate him the winner.

So far geographically and so close in feeling. He’s a bit of Olmedo and a bit of Tatoo and on top of that he’s a president with a ball like we rarely see.

From somewhere in Moscow, Vladimir Putin unleashes a horror and threatens the world to push a button. Let’s hope that from somewhere in the Universe, our beloved comedian prevents it.

This time it won’t be easy to have fun, but we will try it anyway. It’s good to be back.

TOPIC APPEARING IN THIS NOTE