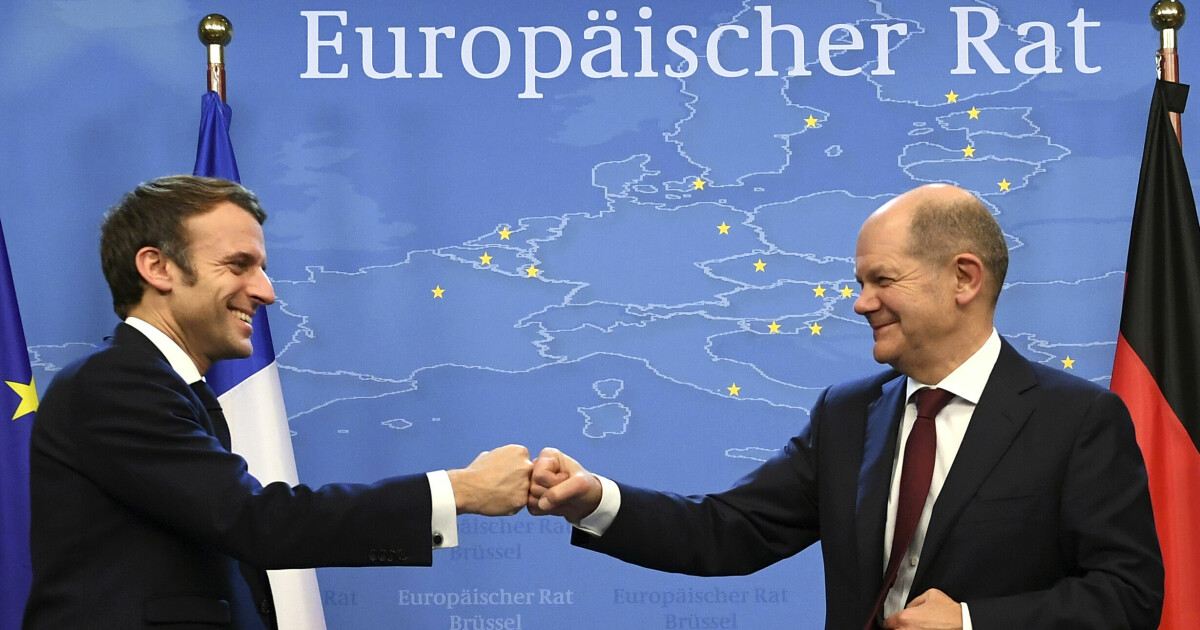 The sanctions would then work closely with Britain and the United States, warned European Union leaders in the statement, in which they signaled “grave consequences” in line with the reaction Russia faced after its annexation of Crimea.

In a statement released late Friday, heads of state and government called on Russia to “de-escalate tensions fueled by military build-up along the country’s border with Ukraine and aggressive rhetoric.” EU leaders also keep the door open for talks with Moscow.

German Prime Minister Olaf Scholz and French President Emmanuel Macron stressed the importance of dialogue. They called for new life to be breathed into the format of Normandy, a forum for discussion between Ukraine, Russia, France and Germany.

– Dialogue and a political solution are the only ways, the two said at a joint press conference.

Scholz said that it would not be easy to engage politically with Russia, and it was important to make it clear that any breach of European borders would have an answer.

Earlier on Thursday, several EU leaders called for tough action and even military support for Ukraine.

Russia has between 75,000 and 100,000 troops on its side of the border with Ukraine, according to NATO sources. The concern is that Moscow is reportedly planning to enter the Donbass region of eastern Ukraine, where pro-Russian separatists have been present for several years.

The Russian government refuses to have any intention of joining Ukraine, but strongly opposes Ukraine’s plans to join NATO from time to time. Russia wants assurances that Ukraine will not join NATO.

The 27 heads of state and government from the EU stand together behind the precautionary message to Russia, but they are more divided on the exact strategy to use.

“I think we need to consider various sanctions,” Latvian Prime Minister Artur Karins said at the start of the summit.

Irish Prime Minister Michael Martin called for a “clear and unified approach from Europe to resolve this issue through peaceful negotiations and discussions”.

On the same day, NATO Secretary General Jens Stoltenberg said on the sidelines of a meeting with Ukrainian President Volodymyr Zelensky in Brussels that Moscow was sending more troops to Ukraine’s borders.

Karins also said on Thursday that the closure of the Nord Stream gas pipeline from Russia to Germany should be considered as a measure, in the event of Russian aggression against Ukraine. The pipeline has long created divisions between Ukraine and eastern EU countries such as Poland and Latvia on the one hand, with Germany on the other. The United States also opposes the project. Opponents of the gas pipeline believe it gives Russia too much influence in Europe.

The pipe is not yet approved for use, but it has been completed. Scholz has not yet said what his views are on the matter, but at a summit on Thursday he stated that Nord Stream 2 is in principle a private business project.

At the European Union summit on Thursday evening, the leaders also discussed a fifth package of sanctions against the Belarusian regime. They also condemn the humanitarian migration and refugee crisis that they accuse Belarus of creating.

The European Union accuses Belarus of deliberately bringing migrants into the country and then sending them to the Polish border in retaliation for Western sanctions. This is a claim that Belarus rejects.

The European Union only extended sanctions against Belarus after President Alexander Lukashenko won controversial elections in August last year. The election results prompted the authorities to crack down on the opposition.