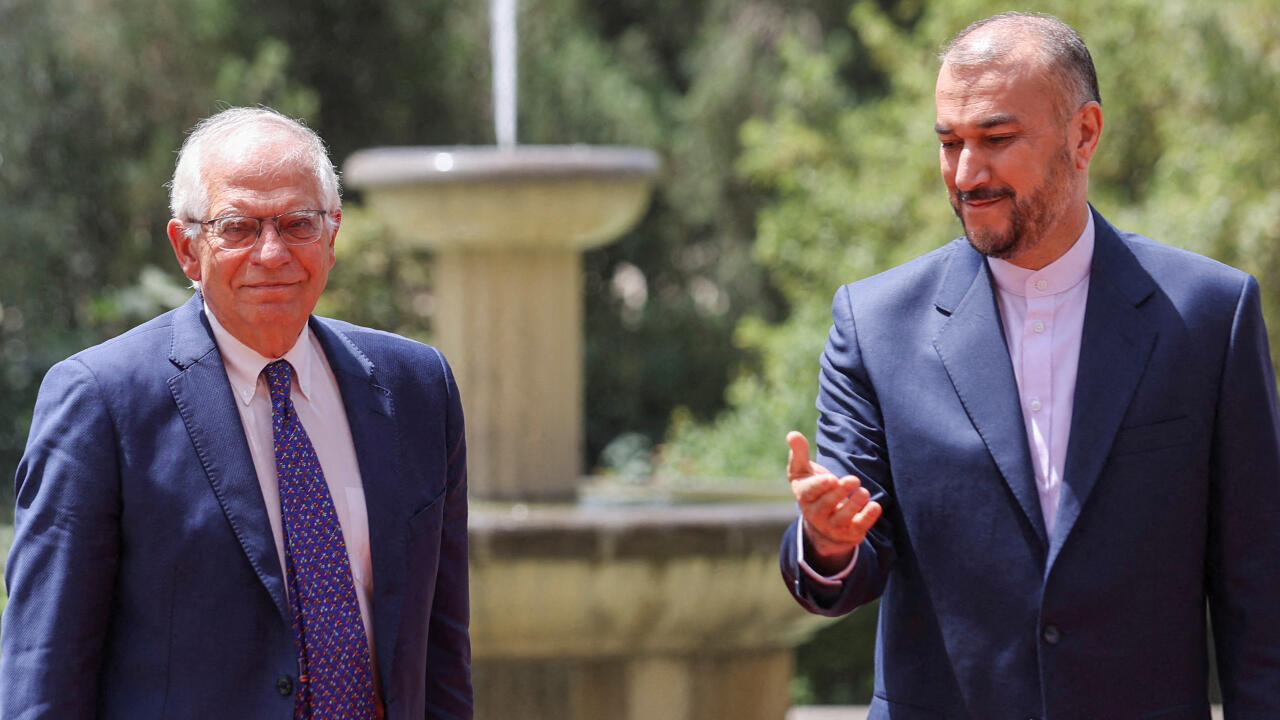 France, Germany and Britain have urged Iran to accept the nuclear deal, after considering the round of negotiations taking place in Doha, Qatar, on Tuesday to no avail. Iran, on the other hand, believes that talks to reach a new pact are on the right track. The United States, which is holding indirect talks, has seen no positive results in sight.

The member states of the Joint Comprehensive Plan of Action, the JCPOA for its acronym in English, called on Iran to fully cooperate again with the International Atomic Energy Agency, the IAEA, after the breakdown of multilateral talks in Qatar.

French Ambassador to the United Nations, Nicolas de Riviere, accompanied by representatives of Britain and Germany, called on Tehran “to stop and reverse its nuclear escalation, to fully cooperate again with the IAEA and to take advantage without further delay of the offer on the table, which will benefit the Iranian people and nation.

In addition, he added that “Iran’s nuclear program is now more advanced than at any other time in the past”, that “intense diplomatic efforts to restore the JCPOA have resulted in a decent deal on the table since early March”, and regretted that “Iran has so far refuses to take advantage of this diplomatic opportunity and continues its nuclear escalation.”

The United States showed its “disappointment” after the start, this Tuesday in Doha, of indirect talks with Iran, in which it said “no progress was made” and deemed the round “complete”. Iran is “determined” to resume negotiations on Thursday.

Agreement on the Security Council

On Wednesday, at a United Nations Security Council meeting, they discussed a recent report by Secretary-General António Guterres on the implementation of a 2015 Council resolution enshrining the nuclear deal, under which Iran limited its nuclear program to hinder nuclear development. atomic weapons in exchange for relief from sanctions that have been imposed.

Iran is negotiating with Britain, Germany, France, Russia, China and, indirectly, with the United States, the restoration of the 2015 pact.

Meanwhile, the European Union’s Ambassador to the United Nations, Olof Skoog, said he was “worried that we would not cross the finish line. My message is: Take this opportunity to conclude an agreement, based on the text that is on the table. Time to past the last remaining issues, conclude the deal and recover fully now.”

Deputy US Ambassador to the United Nations Richard Mills said that “Iran has not shown any real urgency to conclude a deal, end the current nuclear crisis and achieve a major lifting of sanctions.”

Russia on the Council, through the deputy ambassador to the UN, Dmitry Polyanskiy, confirmed that “that the US Government continues to embrace” Donald Trump’s policies, and that this is “the main cause of all the current problems plaguing the JCPOA.”

Tehran considered the talks “positive”, according to Iran’s Foreign Minister, Hossein Amir Abdolahian, after a telephone conversation with his Qatari counterpart, Mohammed bin Abdulrahman bin Jassim Al Thani, in which he added that “Iran is determined to continue negotiations until a realistic agreement is reached.” .

Iran demands from the United States verifiable and objective assurances that the JCPOA will not be torpedoed again, that the Americans will not violate their obligations again, and that they will not reimpose sanctions under any other pretext or designation,” he told the Security Council. UN, Majid Takht Ravanchi.

“We are sincere in the Doha talks, which are serious and positive,” he added, adding that “our negotiating team is ready to re-engage constructively to conclude and reach an agreement.”

The European Union’s High Representative for EU Foreign Affairs and Security Policy, Josep Borrell, showed, from his Twitter account, his concern over the progress of the talks.

After my trip to Tehran & proximity talks in Doha, message me as #JCPOA today’s coordinator @A debate: after more than a year of negotiations, we risk not crossing the finish line. We need to finalize the agreement ASAP & get back to full JCPOA implementation https://t.co/orQvOIiXS7


The 2015 nuclear deal was abandoned by the US administration of Donald Trump in 2018, saying it was a “terrible one-sided deal that should never have been done”.

Iran began enriching uranium by 20%, exceeding the 3.67% limit set in the 2015 agreement. To develop atomic weapons, uranium must be 90% enriched. Tehran insists the construction is for civilian purposes, but the world power community denies that possibility.