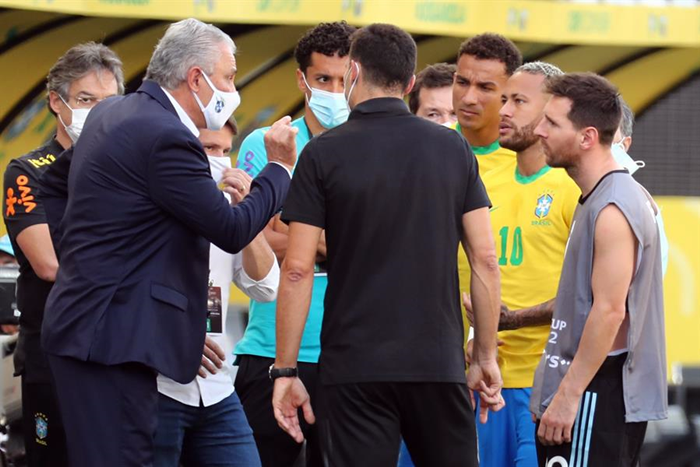 FIFA’s Appeals Committee confirmed the decision of the highest body’s Disciplinary Committee, including the obligation to play the Brazil-Argentina match, was suspended on Monday 5 September 2021 ago.

As reported by FIFA, after analyzing the appeals filed by the Brazilian Football Confederation (CBF) and the Argentine Football Association (AFA) against the decision made by the Disciplinary Commission on the qualifying match that should have been played by both teams in the qualifying phase for the match. World Cup in Qatar 2022, Appeal confirms that clash must be played. Besides that, retain the fine of 50,000 Swiss francs imposed on both federations for the suspension.

Regarding the deficiencies shown by the parties in respect of their responsibilities or obligations arising from the parties concerned, the Appeals Commission decided: to reduce to 250,000 Swiss francs the fine imposed on the CBF as a result of violations in terms of public order and security; reduce up to 100,000 Swiss francs the fine imposed on the AFA for failing to fulfill its obligations regarding preparation and participation in the meeting. Both teams, although not yet counting the games, made it through to the World Cup in Qatar.

The match being played in Sao Paulo was stopped five minutes after kick-off when agents from Brazil’s National Health Administration entered the field of play, arguing that four Argentine players (Emiliano Buendía, Emiliano Martínez, Giovani Lo Celso and Cristian Romero) were eliminated upon arrival in Brazil that they had been in the UK 14 days earlier, which forced them to remain isolated, in accordance with the country’s regulations due to the pandemic.