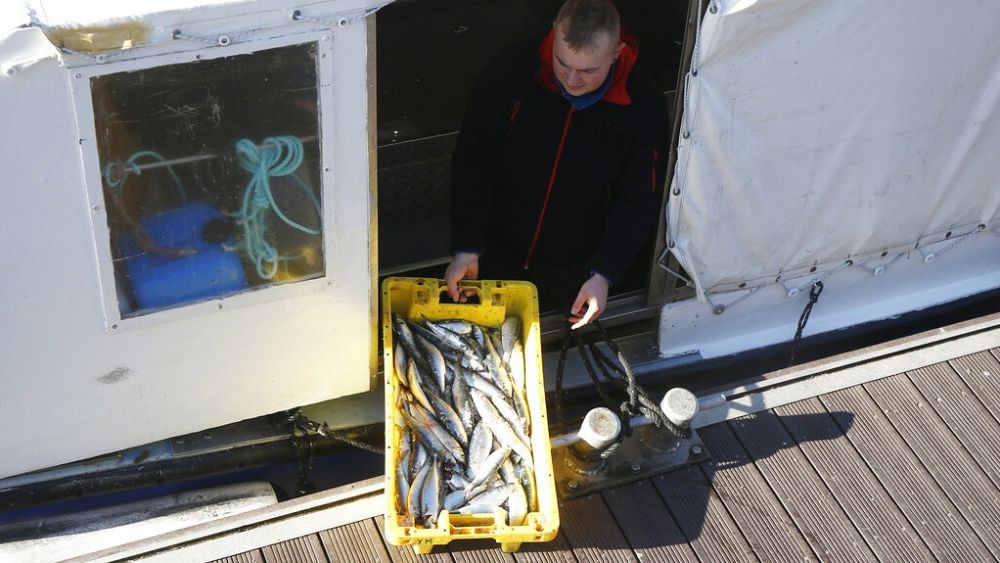 France and England are fighting again over fishing. Under the Brexit trade deal, the EU and UK agreed that vessels that had been fishing in each other’s waters for years would be granted a license to continue to do so.

But the lack of agreement on what type of tests are needed has sparked French anger. Britain and the island of Jersey have refused requests for French vessels to fish in the Channel Islands region. Fishing represents only 0.1% of the UK economy and only 0.06% of France. So what’s all this tension for?

“Fishing in economic terms is a small part of the French and British economies, but in this coastal region it has political importance. President Macron holds elections next year. I think for Boris Johnson it’s always been there. its important politics involved a community that for years felt British politics had set them aside. coastal towns are one of the targets so it will be rare for the UK government to turn away from the communities that are now asking for help”explains Professor of European Policy at King’s College London, Anand Menon.

However, this new dispute could trigger a trade war and worsen relations between the EU and the UK after Brexit. Professor Anand Menon asserts that, in fact, neither side wants a trade war, but unexpected events can always happen

“One of the interesting things about the dispute so far is that it has been handled bilaterally between the UK and France and not through the Trade and Cooperation Agreement Mechanism which has been signed between the EU and the UK. But France says Britain violated the treaty. The EU is not as direct as France, but if there is a trade war, then it must be initiated through the retaliatory mechanism in the treaty and not by France itself.”, shows Menon.

France pressured the European Union for a strong response. In addition, a meeting is scheduled for early November on trade between the EU and the UK.

The dispute could impact other sensitive Brexit issues, such as the Northern Ireland Protocol.