Forest fires in Nissedal: – Out of control 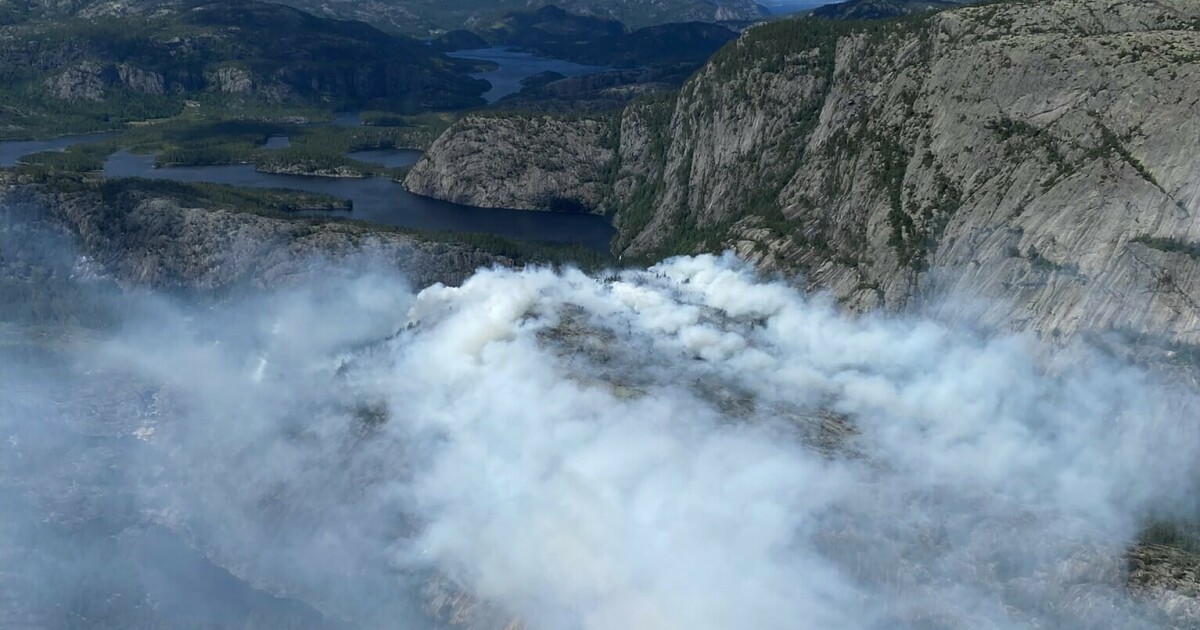 The fire was said to be near a vent in the area, and people in the area were asked to leave, police wrote on Twitter.

Jettegrytene is a popular hiking area in Nissedal, at the top of the Telemark. There is, among other things, a swimming area nearby.

Strong winds were reported in the area.

– We don’t have any control yet, there are two forest fire helicopters contributing to the extinguishing right now, and another helicopter is on its way. Civil defense has been deployed together with forest firefighters from several cities in Vestfold and Telemark, said Anders Hæg at the 110 Sørøst exchange to NTB.

On Twitter, they wrote that it was difficult to say anything about the extent of the fire, as the terrain was rough.

At around 1:50 p.m., operations manager Jan Kristian Johnsrud said there was no danger of spreading to buildings. He said the fire was thought to have started from a power pole/high voltage.

– The fire service has also asked Vegtrafikksentralen to close a nearby district road, Johnsrud told Dagbladet.

Earlier Saturday, police announced that several firefighters who were exposed to the smoke had to be evacuated from the area.

Two fire fighting helicopters are at the scene. The fire service is also receiving assistance from the Civil Defence, the Southeast district police reported.

Further, Hæg stated that there was talk of a potentially larger fire, but luckily it was away from nearby buildings.

– I don’t know how many targets include fire, the problem is the rough terrain makes it difficult to approach. So it’s mainly forest fire helicopters that are doing the job now, Hæg said.

In interaction with difficult terrain, weather conditions make it difficult to carry out firefighting work.

– There is a lot of wind in the area, and it is quite dry, the police said.