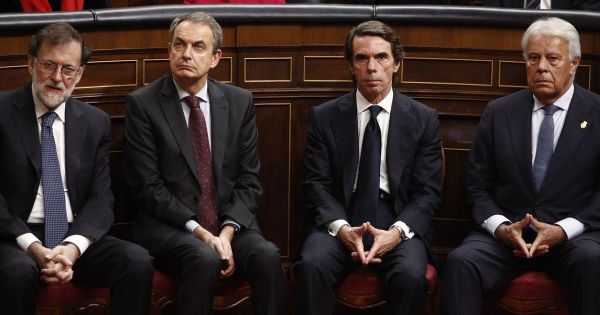 Argentine President Alberto Fernández thanked the former Spanish Prime Minister this Friday for their support in continuing dialogue with the UK on the Malvinas/Falklands issue.

In this regard, former heads of government of Spain Felipe González, José María Aznar, José Luis Rodríguez Zapatero and Mariano Rajoy during a reception at the Argentine Embassy in Madrid with ambassador Ricardo Alfonsín.

“Congratulations to Ambassador Ricardo Alfonsín for promoting meetings and solidarity between Spain and Argentina. And all my thanks to the former president of Spanish democracy for joining the Argentine people’s claim to sovereignty over the Malvinas Islands,” Fernández wrote on his Twitter account.

The Argentine Embassy in Spain also thanked the attendees and assured that apart from the former head of government, in the so-called Dialogue Support Group, there are other local politicians who have expressed their commitment to international law and to the pursuit of peace. solutions to differences between countries.