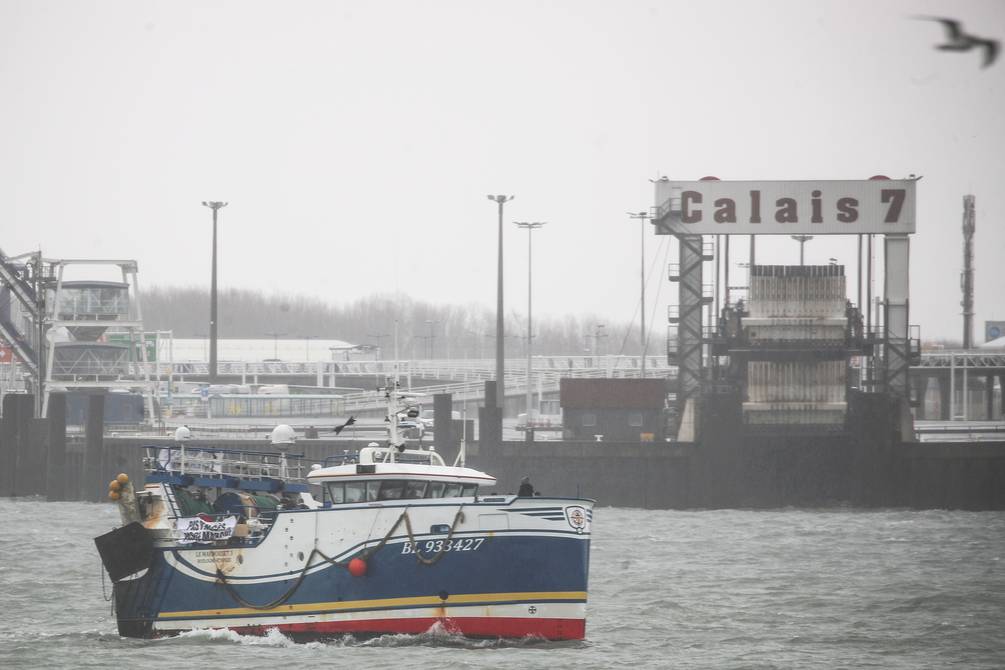 French fishermen blocked three ports located off the British coast and rail traffic under the English Channel this Friday, to demand solutions for their ships’ access to British waters, after the licenses agreed in “Brexit” were denied to them by British and Channel Islands authorities. .

“This is the first act that we want to show our blocking ability. Our patience has a limit”, said the President of the National Fisheries Committee (CNP), Gérard Romiti, who warned that they would continue to increase pressure if an agreement was not reached. “We will not stop until the ‘Brexit’ agreement is fulfilled and we have sufficient licenses,” added CNP territorial delegate in Calais, Benoit Firmin.

After some rather symbolic actions in port, Potentially stronger action kicks off in the afternoon at the entrance to the Eurotunnel, where 25 per cent of goods pass between the UK and the continent. Aboard dozens of vans and vehicles, fishermen blocked access on the French side, preventing trucks of merchandise from making their way to England.

They will go “to the end”

The aim is to block exports so “the British people are aware of what’s going on.” “They have access to European markets and we still don’t have access to their waters,” a fisherman leader explained earlier. At the same time, in Ouistreham (north), near the Allied Normandy landing coast during World War II, several trawlers were preventing the ferry from leaving the port.

The dispute focuses on the documents required by London to grant a licence. According to the agreement, licenses will be granted to vessels that had fished in British waters prior to “Brexit”, which has yet to happen. After threatening the UK with sanctions and a blockade on energy and merchandise supplies, Paris has left the negotiations in the hands of the European Commission.

This action comes in already tense environment between the two countries as migrants arrive on British shores. London even urged France to ensure that trade is not affected by “illegal acts” on this day of protests. (I)