From Tixalia to Experticket, amusement park ticket sales in Spain have the Valencia stamp 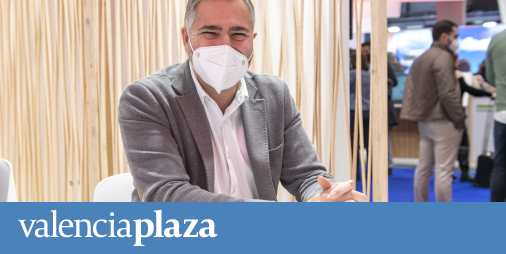 VALENCE. Finding the ‘what’ and placing it in the ideal ‘when’ is one of the keys to starting a business. So is Valencian Tixalia, a company specializing in the sale of theme park tickets and hotel reservations that billed more than 10 million euros and has become one of the benchmarks in the sector at the national level. That’s how it’s calculated Cesar Fernandez, the company’s CEO, who returned to 2011 to talk about his model’s beginnings.

“The founders are three telecommunications engineers from the Valencia School and each has his own working life”, explains Fernández. “I recently sold a company in Extremadura and am analyzing various tech businesses with them. We studied various projects and one of them was the sale and distribution of tickets for the theme park”, he recalls. At the end of June, they charged 400,000 euros while competing with companies like El Corte Inglés or Atrápalo, where they paid little attention to the theme parks.

Technology and amusement parks, a niche to tackle

According to Fernández, the context is favored by underdeveloped online sales in the park amusement park, nature park and zoo, water park, amusement park, ski resort, museum or tourism and therefore a technology deficit. The company grew, eventually becoming a recreational tour operator that packaged tickets to these places with services such as accommodation and worked with 5,000 distribution points.

“Retail agents, agency groups, digital platforms, hotels, anyone who wants to sell, we can position leisure products, both digital and physical,” he explained. In this way, they also help small institutions without development capacity with technology to be able to sell these products. “We activate everything related to sales and after-sales,” he continued. Today, they supply large Spanish gardens and work with hotel chains. Now, his intention is to enter the field of music, apart from starting to include transportation in his packages.

“The turnaround the company is taking is to put recreation at the center and everything that requires tourism services is around it,” he said. The company currently focuses its activities on parks in southern Europe -Spain, Portugal, Andorra and France- although its goal is to integrate parks from all continents into its offerings.

From PortAventura to Warner, Experticket customers

With the experience generated in Tixalia, the company has produced turn Skills, a software which gives amusement parks control over all their sales and distribution. “Everything they can sell at their physical box office, online and distributed via major tour operators is controllable,” said CEO Tixalia. The tech company started in 2015 with Isla Mágica, and now has clients like Oceanogràfic, PortAventura, Warner, Terra Natura or Terra Mítica. Now, between Tixalia and Experticket, they gathered a staff of 40 people.

“Before, operators issued vouchers, and parks exchanged them for tickets. Now, you know in real time for each day of the year what their inflow is,” he explained. This tool has been “essential” during the pandemic and they already have fifty parks as clients, both in Spain and Portugal. Although they now cover national territories, having clients belonging to an international group allowed them to start expanding in Europe. By 2022, the company plans to enter France and within three years reach the UK, Belgium, Italy, Germany, Norway and Denmark.