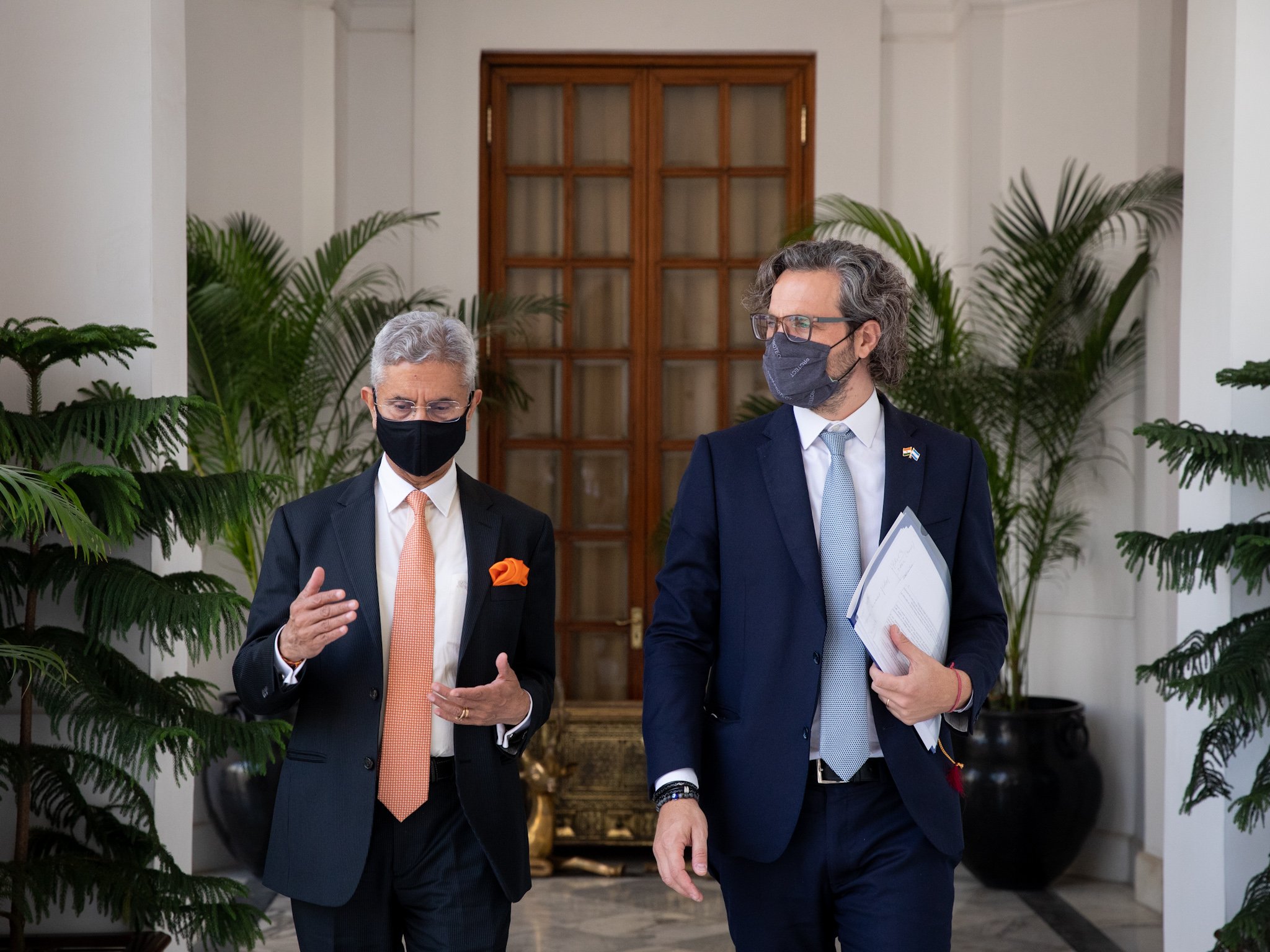 Chancellor santiago cafiero met up in New Delhi with his colleague from IndiaSubrahmanyam Jaishankar, with whom he celebrated the growth of trade between the two countries and pledged to continue work on “intensification and diversification,” official sources reported today.

Cafiero also extended an invitation from President Alberto Fernndez to Prime Minister Narendra Modi to visit Argentina, as a way to highlight the “priority” given to bilateral relations and the “possibility to expand cooperation.”

The ministers reviewed the international situation and perspectives of the G20 that will oversee Indonesia in 2022, and which India will follow in 2023 and Brazil in 2024, which opens up the sustainability of developing countries that can turn the world’s attention towards the needs of the global south and strengthen global solidarity. in mitigating the impacts of climate change and promoting sustainable development.

Along these lines, the possibility for “promoting greater ties” between India and CELACwhere Argentina holds the presidency pro tmpore.

India is Argentina’s fourth trading partner and “has increased its trade by 74% during 2021. Argentina is trying to diversify its export offerings in the country, just as India is trying to increase its exports in our country,” the Foreign Ministry said in a statement.

In particular, They agreed to promote “enhanced cooperation on defense, nuclear and space issues and Information and Communication Technology (ICT)”.

In terms of defense, the possibility of joint training for peacekeeping operations and Antarctic Logistics Cooperation.

They also analyze the gait of the Center of Excellence in Information Technology (CETI) which is expected to be installed in Buenos Aires, an “example of practical cooperation that will act as an incubator for high-tech projects in both countries.”

They also celebrateextraordinary growth of bilateral trade and they promise to continue to work on intensification and diversification”.

Regarding investment, they agreed on the vast potential in terms of energy and lithium, and companies linked to the Indian hydrocarbon sector were invited to participate in oil and gas exploration and exploitation activities at Vaca Muerta.

On this occasion the Chancellor expressed his gratitude for the support from India for the resumption of bilateral negotiations between Argentina and the United Kingdom to find a negotiated and peaceful solution to the sovereignty dispute related to the Malvinas Question.

Last week, Cafiero went on a tour that took him to Italy, where he inaugurated the Argentine pavilion at the Venice Biennale and spoke with industrialists, among other activities.