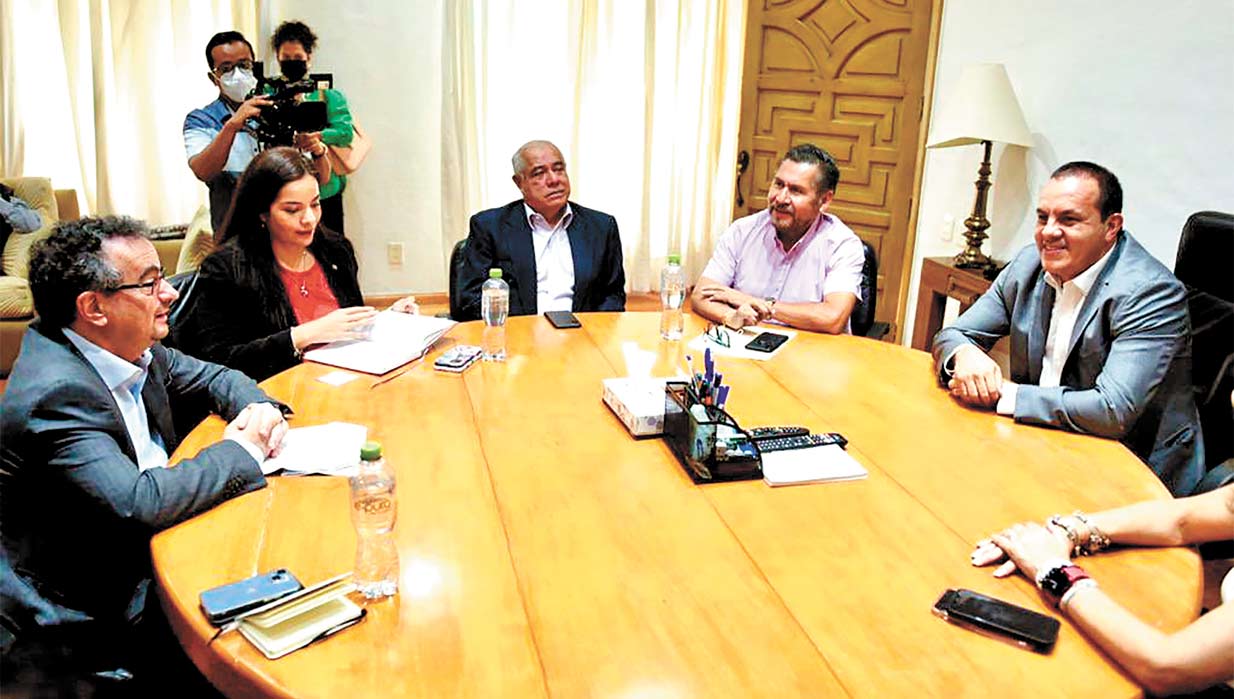 Cuernavaca, Morelos.- Governor Cuauhtémoc Blanco Bravo and the British ambassador to Mexico, Jon Benjamin, met at the Official Residence of the Executive Power, where they shared ideas on economic development, security, gender and sustainability.

During the meeting, the country’s presidents pointed out that from the secretariat that make up his cabinet, strategies are strengthened every day and others are implemented, to promote the development of Morelos and position him as a world host.

On his Twitter account, the ambassador published that with Blanco Bravo they discussed the relationship between England and Morelos, climate change, sustainable mobility and football.