How’s the new Mercedes-AMG ONE with over 1000 hp 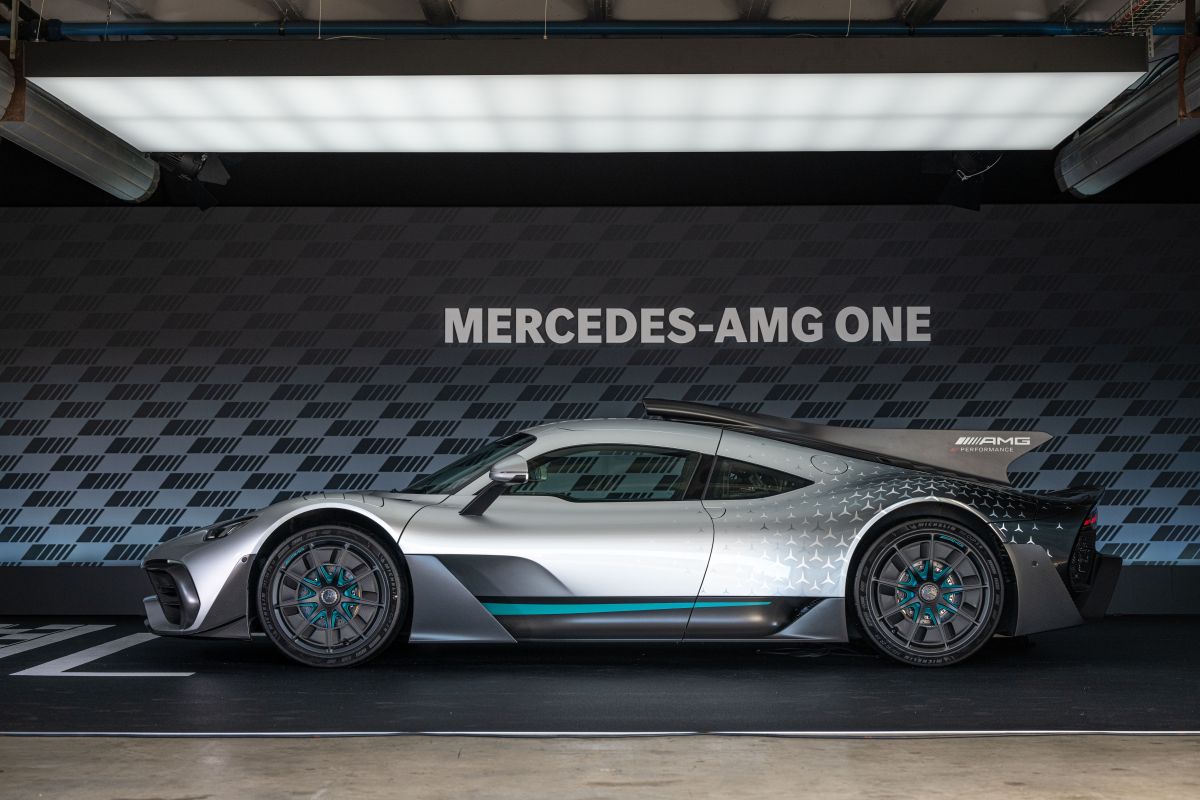 It is a two-seater supercar that brings the world’s most modern and efficient Formula 1 hybrid driving technology from the race track to the highway for the first time.. High-performance hybrid delivers a total output of 1,063 horsepower (hp) and the top speed is limited to 218 mph.

This vehicle was produced in collaboration with the Formula 1 experts at Mercedes-AMG High Performance Powertrains in Brixworth. Based on The Mercedes-AMG ONE manufacturer will be officially seen in action for the first time in the UK, as part of the Speed ​​Festival at Goodwood.

“The performance data of the Mercedes-AMG ONE is ultimately just a tiny extract from the technology in this vehicle. In addition to the Formula 1 powertrain producing 1,063 hp from a relatively small and highly efficient internal combustion engine in combination with four electric motors, the monumental task above all is exhaust gas aftertreatment.” said in a press release Jochen Hermann, technical general manager of Mercedes-AMG GmbH.

Mercedes-AMG ONE uses a 1.6 liter engine that produces a maximum power of 574 hp at 9000 rpm, despite the redline at 11,000. The electric motor mounted on the engine, also known as the MGU-K, puts out 163 hp on its own. Two front-mounted electric motors produce 326 hp combined. In total, the maximum power is 1063 hp, according to Mercedes.

As for torque, the company says it can’t be provided due to the complexity of the drivetrain. Mercedes quotes a 0-62 mph time of 2.9 seconds.

AMG One is Mercedes’ attempt to make a Formula 1 car for the road. While it doesn’t look like an F1 car, it uses a drivetrain derived from the power unit found in the company’s F1 cars.

Power is transmitted to the rear wheelsflush through 7-speed manual transmission developed for the Mercedes-AMG ONE. The transmission design saves weight, while integration into the body-in-white increases rigidity and takes up less space. The gear ratios are designed to minimize the difference in power after shifting and keep the engine from burning out at high rpm. The locking differential is integrated into the transmission.

Supporting the carbon fiber body and monocoque is a multi-link suspension setup with pushrod springs and adaptive dampers.

There’s plenty of active aerodynamics throughout the bodywork, including a splitter that folds into the bumper when not in use, and active air vents (louvers) over the front axle to reduce pressure. The car, when in race mode, even has a DRS (Drag Reduction System) function, which flattens the flaps on the rear wing and grille to reduce downforce by 20% for optimal straight-line speed. .

Inside the AMG ONE are two independent 10-inch high-resolution displays with individual graphics complemented by high-quality real metal components and matched to the instrument panel.

The door panels are made of high quality functional carbon fiber and blend seamlessly into the sporty interior. High quality racing wheels and radical design, to ensure safe operation in extreme driving situations.

Tassels, flattened above and below with air bag integrated, it offers other sports equipment elements, such as the two integrated AMG buttons that can activate various functions such as the driving program, nine-level AMG Traction Control, DRS activation or suspension settings.

Mercedes-Benz recalls its 250,000 vehicles due to failure in emergency calls
Why do you need a helmet when riding a motorcycle?