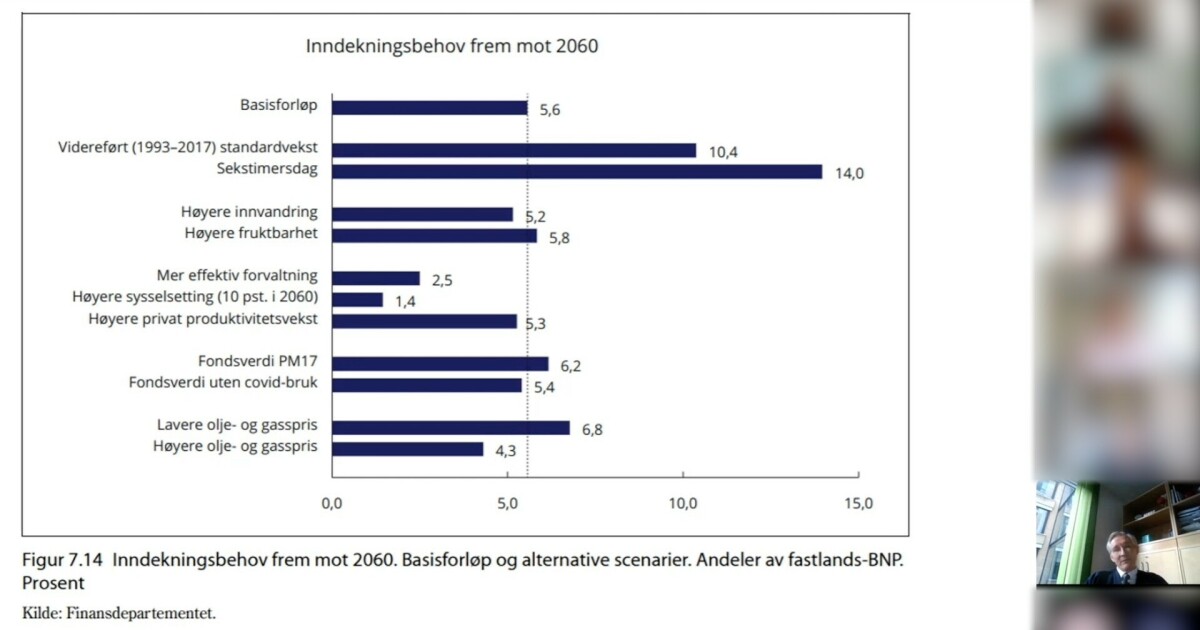 – This recording shows that skepticism towards sick graduates and general practitioners is something that direct training of Nav supervisors gives, which I think is much more serious than individual statements, Isak Saltskår told Dagbladet.

He is a supervisor at the Navy office in Oslo and reacted strongly to the fact that all supervisors here were given the message of the Solberg government’s perspective on mandatory internal teaching last fall.

Dagbladet recently reported on a lecture given by consulting physician Nav Gudleik Leir. Here comes the boss with several accusations about employees and doctors that, among other things, have angered Rødt.

The Dagbladet lectures, which have now been granted access from the local Nav office in Oslo, are the first in a series of lectures given by the same coordinating supervisory supervisor.

The perspective reports are presented every four years and «discuss the challenges for the Norwegian economy, public finances and for the continuation of the Norwegian welfare scheme in a long-term perspective».

Camp’s presentation on the theme «Message of perspective. Significance for follow-up and Nav users » and a thorough review of the challenges the Solberg government poses for the Norwegian economy in the years to come.

– In the lecture, we were presented with future issues for Norway, where the message was that the welfare state would not be financially sustainable for Norway in the future. Sick leave rates were cited as an example of what would be expensive to finance, Saltskår told Dagbladet.

The lecture then went on to discuss matters, where supervisors were asked to present individual cases that the consulting physicians would assess in plenary, Saltskår explained.

At the next meeting, all supervisors are required to bring their respective sick leave letters.

According to Saltskår, it was followed up and checked by the manager that the supervisor had seen the footage, including the employee who was originally on sick leave.

– I’ve never experienced anything like this in my time as a Nav employee, he told Dagbladet.

Saltskår’s experience is that employers here try to instruct supervisors to emphasize external factors in the assessments they must make as Nav employees.

– We cannot have a situation at Nav where the supervisor’s political views and individual concerns about the Norwegian economy influence the decisions we make. But this is the message in this training, and employers are thus giving us instructions on what we should do as supervisors, says Saltskår.

Leir summarizes the main challenges in the perspective report with an aging population, and there will be fewer people working behind each retiree.

– What is needed to maintain well-being. What are the specific challenges? What kind of society do we want? Leir summarizes some of the challenges with.

Saltskår emphasizes that if this perspective message is to have an impact on how the Nav works, then this is a decision that has to be made at the top.

Not in lectures at the Nav office.

– This training contradicts one of the pillars of the Norwegian democratic system, which clearly distinguishes between politics and administration. Those of us who work at Nav must follow laws and regulations, and laws are decided by Storting. Ministries and Directorates issue regulations and circulars on how the law should be interpreted, but cannot override Storting. It should be clear, Saltskår told Dagbladet.

Nav Oslo director, Thone M. Nordlund, responded on behalf of Nav. He does not recognize himself in this statement from Saltskr.

– All supervisors at Nav should know about Nav’s social mission and why we accept it. Supervisors should be based on the situation, opportunities and needs of each person according to the regulations we will manage, he wrote in an email to Dagbladet.

When asked if Nav considers this part of the agency’s job duties, Nordlund replied that it is important for Nav employees to know the social challenges that Nav will solve.

– Both how the situation is now, but also how the expected development in the future. Among other things about how we can develop services tailored to the needs of the population, replied Nordlund.