‘It is a difficult task’ to continue sovereign policy after macrismo 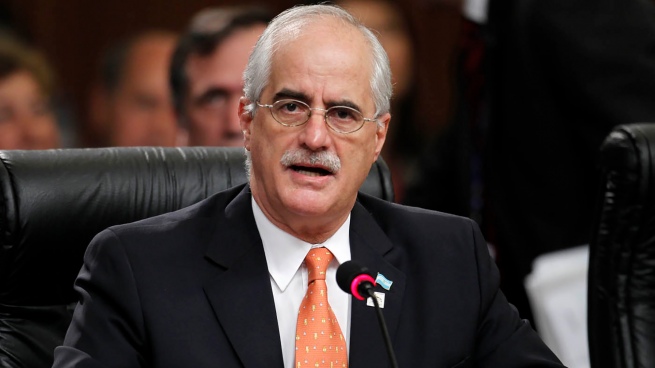 The head of defence, Jorge Taiana, reiterated this Friday that reclaiming sovereignty claims over the Falkland Islands “is a grueling task” after the government of former president Mauricio Macri reduced the intensity of Argentina’s diplomatic efforts to restore ownership of the South Atlantic region seized by Great Britain.

“We are also recovering at this point from four years of intended setbacks by the Macri government in terms of claiming sovereignty. Taking back the region’s policy of determination and unity in the face of British occupation is a difficult task as they look up to you. and say ‘if the one from before asks the other way around’, and that’s a problem,” Taiana told Radio 10.

“That Argentina’s problem is an extension of it is an old saying of the elite. With Argentina being smaller they would be comfortable. The lack of understanding the opposition has of sovereignty is extraordinary.Jorge Taina

In this regard, the minister recalled when the former president “lyed” about an exchange he had at the United Nations with former British Prime Minister Theresa May, confirming that the official “had agreed to talk about sovereignty.”

Theresa May then said that it wasn’t like that, she just greeted him. Not only is he not defending sovereignty, but he is openly baiting, discrediting Argentina and trying to confuse public opinion, he stressed.

On the other hand, Taiana stated that the advantage is that “the United Kingdom is outside the European Union” and this allows for “broader and more successful policies” with many countries in Europe having “sensitivity to our sovereign claims”.

“We have seen in the world that introducing weapons is serious and that it ends in war, invasion and conflict with death and refugees. Militarization of the South Atlantic is not good”Jorge Taina

“That Argentina’s problem is its expansion is an old saying of the elite. With Argentina being smaller they would be comfortable. It’s incredible the lack of understanding the opposition has about sovereignty, what century we live in, and how much natural resources it has,” he said.

Lastly, the minister stated that the UK was “following a long and slow process of decline”, and considered that, finally, its “crimes are being shown” because they are militarizing the South Atlantic where it should be “a peace zone”.

“We have seen in the world that introducing weapons is serious and that it ends in war, invasion and conflict with death and refugees. Militarization of the South Atlantic is not good,” he added.