Jakob Ingebrigtsen – Wants to win everything 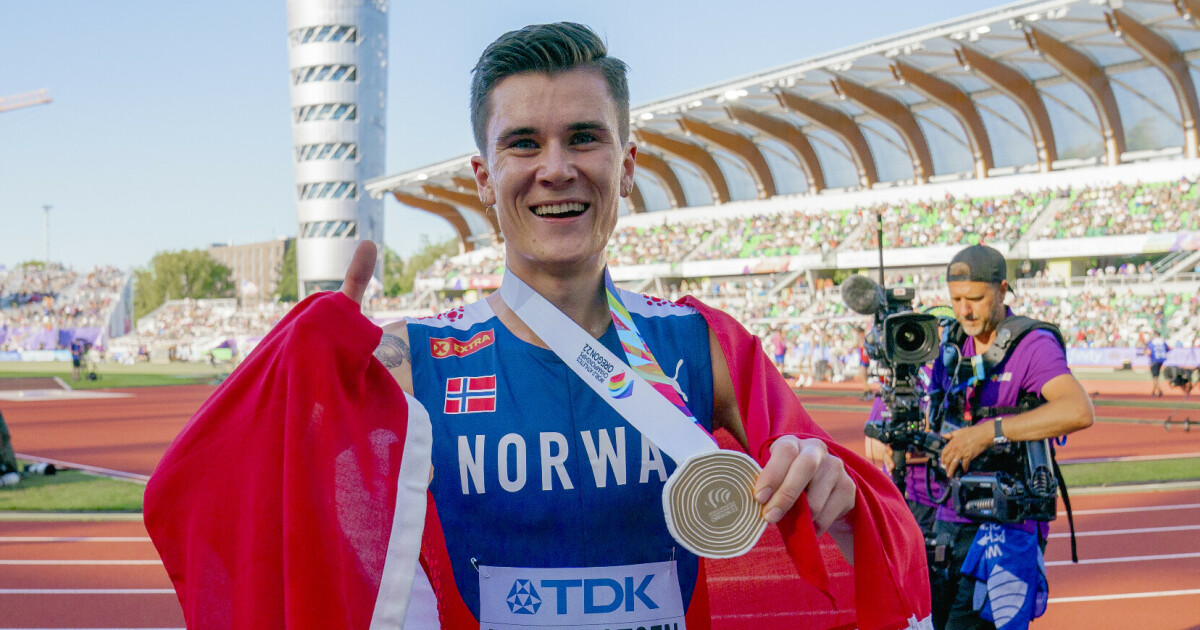 EUGENE (Dagbladet): It was a relieved and proud Jakob Ingebrigtsen waving at Hayward Field with a gold medal around his neck.

He had just completed three rounds of interviews and doping control. Now he is waiting for food.

– I really like food. Yesterday it was a burger, and today it was tempting again, he said.

For everyone other than Jakob himself, WC has historically been a huge hit. He didn’t even have time to enjoy it. At five a.m. local time, the bus left for Portland, before the plane took it to Europe.

In the next few weeks, he was in training camp at St. Moritz with his brothers, before a trip to EC in Munich in mid-August. Most likely, 1,500 meters and 5,000 meters are waiting.

He’s after revenge. Especially at 1500 meters. But not especially against Jake Wightman, who snatched gold ahead of Ingebrigtsen in the WC.

– I owe it to myself and the Norwegian people

Jakob Ingebrigtsen respects his competitors, but his focus is on improving himself. Using 1,000 hours of training and 5,000 kilometers he strives to improve – run faster and faster and see what the future holds.

He had no plans to give up anytime soon:

– I probably won’t give up until I feel my body start to stagnate. Until then, I’ll see how good I am. I owe that to myself and the Norwegian people.

In an interview with Dagbladet some time ago, regarding the Bislett Games, Ingebrigtsen also said that he still has a lot to achieve as an athlete.

– Everyone should refrain from dreaming. I have more dreams left. Or, I call it a goal, then, he emphasized.

A WC gold and a world record are the highest on that list. Now the first one is in the box.

– Want to win everything

In the interview, Ingebrigtsen went into more detail about his goals.

– If you have won one gold, you can win the second, third and fourth. It’s really just a matter of using your imagination and management. The first goal is to collect titles. Winning the EC, WC and Olympics is the first thing I want to achieve as an athlete. “If you’ve won what it is, it’s about winning a few times,” he said.

Then he loosened the veil of ambition a little, and thought big:

– It would be nice to win Olympic gold in hurdles 1,500 meters, 5,000 meters, 10,000 meters, 3,000 meters and marathons. But that’s what happens with time. Make time for everything. And if you’re going to choose something, you have to opt out of something else, he smiled.

Ingvill Måkestad Bovim, athletic expert for the recent Discovery during the Olympics and himself a middle-distance runner of his time, believed that Ingebrigtsen was capable of anything.

– Jakob is still very young and can go up and down long distances. And then it goes up in distance, I think, more than 800 meters for him, for example. He is an endurance runner more than a speed runner. When 5000 meters goes really fast, he currently struggles more, but in normal 5000 meters he has such great endurance that he becomes hard to beat, he told Dagbladet.

However, former runners believe that Ingebrigtsen should not be in a hurry to experiment with new exercises.

– Now he has started with 1,500 meters and 5,000. The 3,000 meter obstacle course is a little different in that you have to overcome several obstacles on your way. But it wasn’t impossible for him either. The most natural might be 10,000 meters. And once he’s there, the road to the marathon isn’t long. But I don’t think any of this is a realistic plan for the next two years, he said.

As for Ingebrigtsen’s future plans, he instead said:

– He has to find out what motivates him. He put so much into this. Next time it might be about winning twice, which is 1500 meters and 5000. Something he can’t do now. What is consistent in what he does is that he has a real desire to achieve something he has not been able to do before. He would also be chasing records, he predicted.

– He showed a very good race plan. He is in complete control, directs everything and clearly shows what he is going to do. He was a person that everyone would beat, but no one could beat him.

That Jakob Ingebrigtsen has strong self-confidence, he has shown both on and off the pitch. When asked earlier this summer if he felt the pressure of being the highest-paid athlete during the Bislett Games, even better than superstar and world record holder Armand Duplantis in pole vault, Ingebrigtsen turned it down.

– I don’t want to say that. If you asked Ronaldo or Messi, I don’t think they would say they feel the pressure. That’s irrelevant, Ingebrigtsen said.