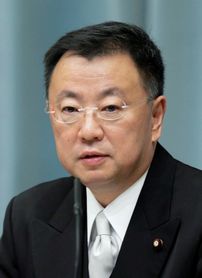 Tokyo, Dec 24 (EFE).- Japan will not send government representatives to the 2022 Beijing Winter Olympics, but will send representatives of the national Olympic Committee along with Japanese athletes, the Government announced today.

“This is a decision taken at its own discretion,” Matsuno explained when asked if this decision had been consulted with other countries, regarding the diplomatic boycott announced by the United States considering that the Chinese government is committing human rights violations in Xinjiang.

Matsuno did not use the word “boycott” to describe the Japanese government’s move and stressed that this decision “has no special terms.”

“Japan works directly to explain to China our position, because it is important that universal values ​​are guaranteed in the international community, including freedom and human rights,” the spokesman replied when asked about the reason for not sending government representatives to Beijing. 2022 .

Therefore, Japan will try not to align itself directly with the US-led diplomatic boycott that Canada, Australia and the UK are participating in.

Japanese Prime Minister Fumio Kishida has announced that he has no plans to travel to attend the competition.

Kishida will choose not to personally announce the plan and delegate his spokesperson on the imminent anniversary in 2022 of the 50th anniversary of the restoration of diplomatic ties between Japan and China, government sources told Kyodo news agency.