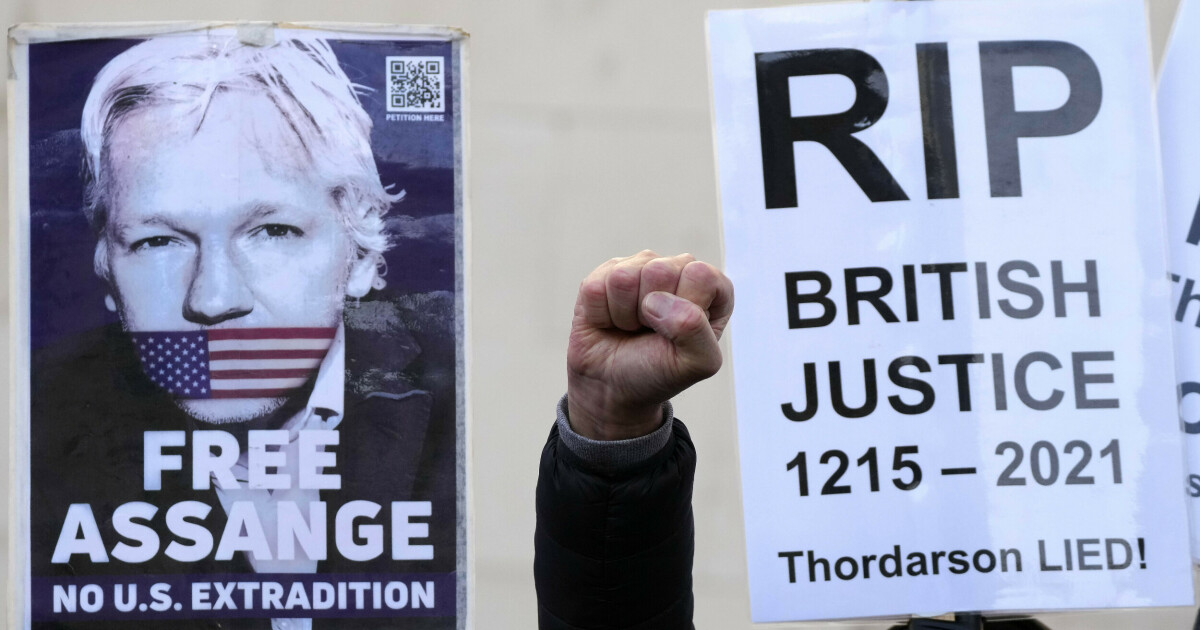 External comments: This is a debate article. The analysis and positions are the author’s own.

Intrepid journalists Maria Ressa and Dmitry Muratov received the Nobel Peace Prize in Oslo on UN Human Rights Day. For Julian Assange, there are few human rights on the same day. A British court has ruled that the Wikileaks leader can be extradited to the United States. There he risked 175 years in prison.

For more than for ten years Julian Assange has been imprisoned. He brought brutal truth to the world by leaking 700,000 documents exposing US war crimes in Iraq and Afghanistan. Media in many countries publish this information. At least 600,000 people have lost their lives in Iraq’s illegal war. In the United States, no one is responsible for the torture, murder of children and the massacre of civilians.

In 2010, I made a documentary, “Death in Camp Delta” – about a young Saudi prisoner who died in the Guantánamo torture prison. For the film, I interviewed many of the released Guantánamo prisoners. They tell of simulated drowning, cold torture and the sound and use of dogs. It hurts to hear those stories.

United States start their worldwide action against terrorism in 2001, at the same time as the Afghanistan war. The CIA conducts kidnapping operations in many countries. Hundreds of people were arrested. They were flown into a network of secret concentration camps on four continents. The treatment of Abu Zabaydah is one of the most egregious examples of US crime.

He was tortured in Afghanistan, Thailand, Morocco, Lithuania, Guantanamo and Poland. He was subjected to a simulated drowning 83 times, until water bubbles burst from the unconscious man’s mouth.

But we do know that at least twelve of the secret CIA planes have landed at the Norwegian airport. None of the planes were inspected by authorities. Norway has participated in wars in Afghanistan and Iraq. Norway has been at the base where the torture has taken place. Norwegian troops in Afghanistan have participated in the operation where prisoners ended up at Guantánamo. The Norwegian prime minister and government chose to ignore it.

In the world obviously there are completely different rules for the United States than for other countries. In 2003, Imam Abu Omar was kidnapped on an open road in Milan by CIA agents. He was flown to Egypt. There he was tortured and imprisoned for four years. An Italian court has launched a case against 23 US CIA agents. They were asked to be extradited, but the United States refused. The CIA agent remained convicted in Italy in 2009. The leader was sentenced to eight years in prison. Another five years. They never came to Italy to redeem.

In Paris, two former Guantánamo detainees have reported to the head of the torture camp, General Geoffrey Miller. Courts have tried to take him to France for judicial questioning. Neither the US government nor the generals even bothered to respond to the call.

From 1988 to 1992 I am an NRK correspondent in Latin America. I lived in Chile just as the dictator Pinochet had to relinquish his power after 18 years. The Pinochet regime killed at least 4,000 people. Opponents are arrested, then liquidated. Hundreds of thousands of people fled the country. I interviewed many victims and their families about mass graves and about torture.

In 1998, the resigned Chilean dictator came to London for back surgery. A Spanish court later demanded that Pinochet be extradited to Spain, where some of his victims are. Pinochet was not, like Assange, put in a high-risk prison. He was allowed to live in a villa in Surrey, with a golf course as his closest neighbour.

Dictator becomes nor was he extradited, but was sent back to Chile after 503 days. The British Foreign Secretary, Jack Straw, made the decision “because of Pinochet’s poor health”.

Human rights organizations are demanding that Julian Assange be released from the brutal Belmarsh prison, where he is serving a two-year sentence. Pinochet, who leads a murderous regime, is given a stay in a luxury villa. Assange, who championed free speech and openness, was locked up as a murderer.

In the trial against Assange earlier this month, the United States “stated” that in terms of extradition, he does not have to sit in very heavy prisons. We have seen in Afghanistan, in Iraq and in a number of other countries how precious the promises of the United States are.

Just look at the United States’ humiliation of the International Criminal Court (ICC) in The Hague, Netherlands. The Court has 123 member states. It was formed to prosecute those responsible for genocide and war crimes. The United States does not accept the trial.

The case against Assange has attracted the attention of journalists around the world. It’s about press freedom and war crimes. It is tragic and shameful that the Norwegian government refuses to get involved in the Assange case.