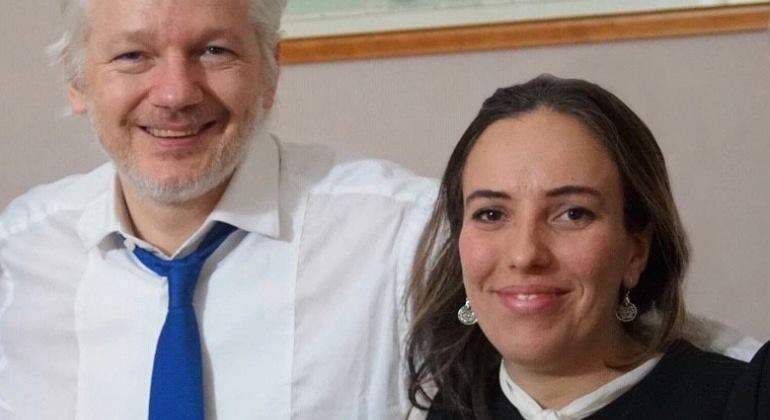 Stella Assange, wife of WikiLeaks founder Julian Assange, called on the British government on Saturday not to sign the extradition decree to the United States, given that her fate now depends on a “political decision” that “will have an impact on the whole of Europe.”

On Wednesday, a British court officially gave the go-ahead for sending the 50-year-old Australian to an American court, but it’s up to Home Secretary Priti Patel to sign the extradition decree.

The United States wants to prosecute the WikiLeaks founders for distributing, beginning in 2010, classified documents about US military and diplomatic activities, particularly in Iraq and Afghanistan.

“We have four weeks to pass on our observations to Priti Patel before he makes a decision,” Assange’s wife told AFP on the sidelines of a demonstration in support of her husband in Brussels.

“If you sign the decree, we will be able to appeal on substantive issues that have not been appealed, such as press freedom or the political motivation of the trial,” he added.

“The reason for the appeal in the UK is very limited, because the extradition treaty is very much in favor of the US, it does not allow examination of US claims. We will go to the European Court of Human Rights if necessary,” he added.

“This is a European problem, where democratic values ​​are at stake. What is decided will have an impact on the whole world, for journalists, all over Europe”, he stressed.

He added that a “window” was open to sober opinion and assert “political arguments” in London.

Julian Assange was arrested in 2019 after spending more than seven years as a refugee at the Ecuadorian embassy in London.

Assange has since been held in a maximum security prison near London, where he married last month. (I)