La Cartuja, venue for the Copa del Rey final on April 30 and May 1 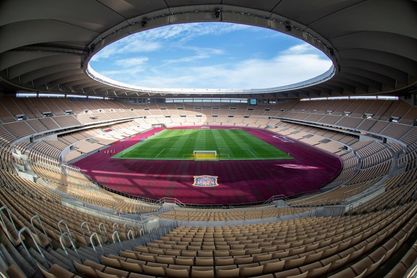 Seville, 15 Feb (EFE).- La Cartuja Stadium in Seville will host the LXXXIX Copa del Rey de Rugby final on 30 April and 1 May after the Spanish Federation (FER) gave its organization to the Sciences Rugby Club, which this year celebrates its anniversary the 50th.

The four clubs that have qualified for the semifinals of the Copa del Rey 2022 are AMPO Ordizia, Lexus Alcobendas Rugby, Ciencias Enerside and SilverStorm El Salvador.

The draw for the pair, whose matches will be played on April 2 and 3 in addition to a match on the pitch of the team that came out first, will take place in Sevilla in the coming days.

La Cartuja hosted the Rugby 7 World Series on January 29 and 30 and, according to the Minister of Education and Sport, Javier Imbroda, had “in a very short time” become a “benchmark on a national and international level” which “helped to establish the Andalusian brand. in the foreground”.

“I thank the Spanish Rugby Federation for trusting us together with our beloved Sciences and that we can welcome the entire Spanish rugby family to a tournament that will no doubt be a great show,” Imbroda said in a statement.

La Cartuja has a capacity of 57,619 spectators, the second largest stadium in Andalusia and fifth in Spain, behind only Camp Nou, Benito Villamarín, Wanda Metropolitano and Santiago Bernabéu.

With the support of the Council, the facility has become a regular venue for Spain’s men’s and women’s national football teams, including last year’s men’s European Championship group stage matches.