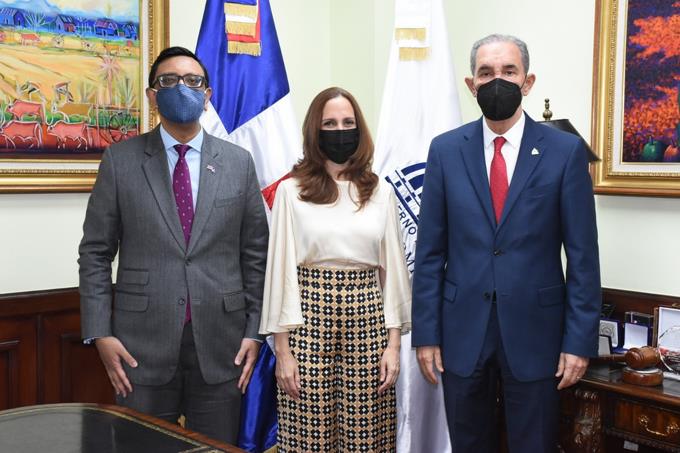 A group of 150 Dominican teachers and musicians will receive music training and reinforcement through a renowned academic program offered by the UK’s prestigious higher education institution.

This initiative is a way to increase knowledge in the field of culture and a part holder of the members of the national arts sector.

Following the signing of the agreement by the Royal Northern College of Music, the Associated Board of the Royal Schools of Music of the United Kingdom (ABRSM), and the Ministry of Higher Education, Science and Technology, the day of education will be given in the Dominican Republic anus next.

The agreement was announced in the office of the head of Mescyt, Franklin García Fermín, in the presence of the British ambassador to the country, Mockbul Ali OBE, and Mía Vidal, ABRSM’s representative in the country, and Jacqueline Pérez, who is in charge of communications from the British embassy.

“This program represents another step towards achieving this goal,” said Ali, who thanked Minister García Fermín for his vision and leadership for recognizing the value of art, music and culture, and for today being part of promoting it in the country.

The program will be implemented by the Royal Northern College of Music University and the Associated Board of the Royal Schools of Music. On his part, the head of Mescyt, thanked the British government for the attitude of the Dominican musicians.