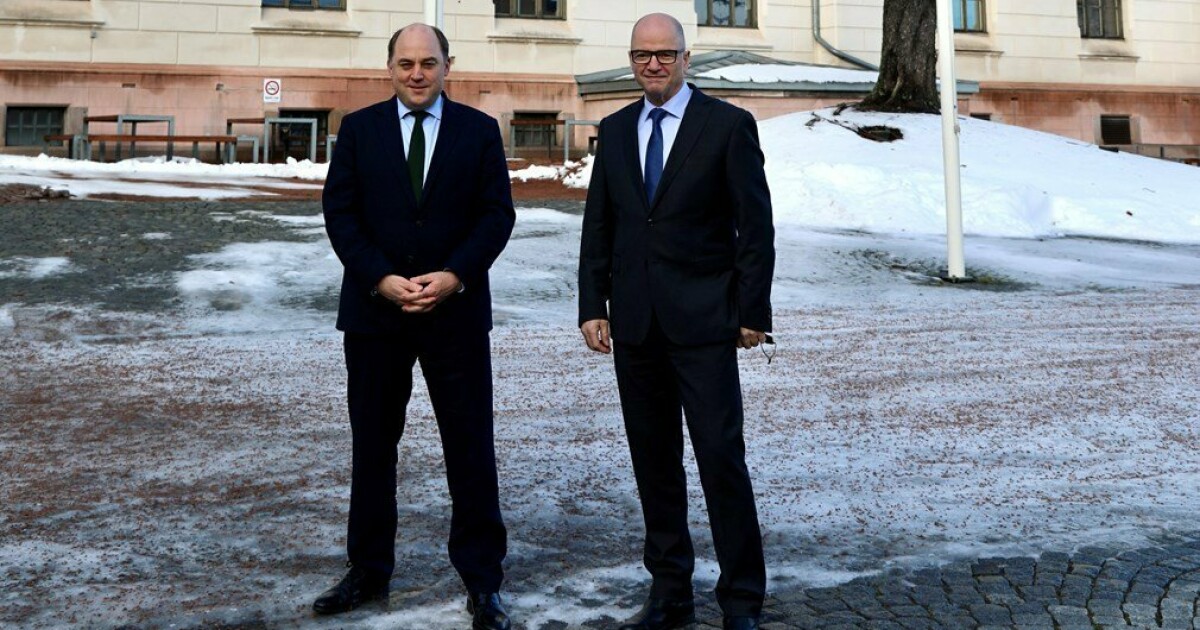 The serious security situation in Europe was the main topic of a meeting between Defense Ministers Odd Roger Enoksen and Ben Wallace.

– Both the UK and Norway are very concerned about the situation in and around Ukraine. “For me, it is important to have a close dialogue with our most important ally in Europe, and I appreciate that the UK Secretary of Defense has come to Norway to discuss the situation and our bilateral cooperation,” Defense Secretary Odd Roger Enoksen said in a statement. press release from the Ministry of Defence.

During the meeting, the defense ministers discussed, among other things, cooperation in NATO considering the security situation in Europe.

– Norway is a credible and relevant ally, and we are the eyes and ears of NATO in the north. The Armed Forces operate at home and abroad with allies to protect our security. “We are following the situation closely, together with our allies,” Enoksen said.

Read more: OSCE leaders: – Greater danger of war in Europe than in 30 years

He also invited his British colleagues to return to Norway, to meet the Norwegian and British troops who regularly train and train together in the Norwegian winter conditions.

Enoksen explained the close cooperation between the countries and expressed a desire to further strengthen ties, including in areas such as exercises and training and situational awareness in the north.

– Both countries have acquired F-35 fighter jets and P-8 maritime patrol aircraft, and we are looking at ways to get more of this capacity through cooperation. Norway also greatly values ​​Britain’s leadership in the Joint Expeditionary Force, which brings together allies and partners in Northern Europe, Enoksen said.