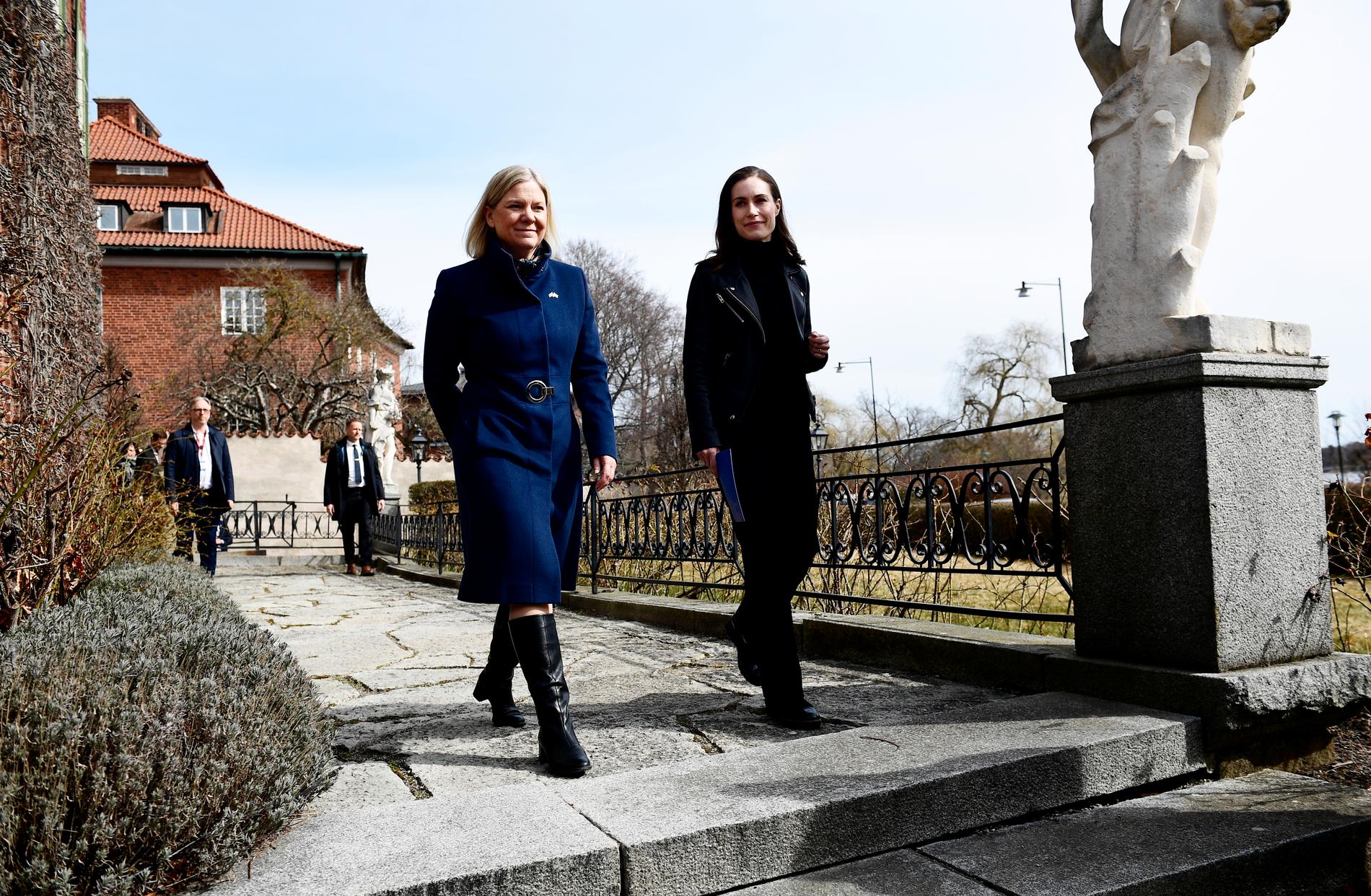 The Finnish government believes that NATO is the only alternative that can offer Finland’s current collective security – but membership can also mean “widespread and unpredictable stress and risk” in the country.

“Finland’s possible membership will significantly increase the alliance’s territory, double NATO’s borders with Russia, and bring the alliance closer to strategically important areas such as Kola and St Petersburg,” the Finnish government wrote in its assessment of the new security situation in Europe following Russia’s attack on Ukraine.

But at the same time the government wrote this:

“NATO is the only organization for the collective defense of the future.”

The report does not provide clear recommendations. But the government is pressing the Riksdag, Finland’s parliament, for a quick clarification on whether Finland should apply for membership in NATO. This was emphasized by Foreign Minister Pekka Haavisto when delivering the report in Helsinki, Wednesday.

– If all goes according to plan, there could be applications from Finland long before the NATO summit in Madrid in late June, Henri Vanhanen, security policy expert and adviser to the Finnish Conservative Party, told VG early April.

The Swedish government will prepare a similar report by the end of May, according to Swedish Prime Minister Magdalena Andersson. According to sources Svenska Dagbladet, Andersson wants that Sweden will become a member of NATO this summer.

– It would be better if we made the same choice, Finnish Prime Minister Sanna Marin told her Swedish counterpart when they met in Stockholm on Wednesday.

He believes Finland’s decision will be ready in weeks, not months.

Prime Minister Jonas Gahr Støre has realized that the new security policy situation makes closer cooperation with Sweden and Finland particularly relevant for Norway. Both he and NATO chief Jens Stoltenberg have confirmed frequent contact with the two countries recently – and said it was up to them whether they wished to apply for membership.

– It is up to Sweden and Finland to decide their alliance affiliation. If they apply for NATO membership, they will have Norway’s full support, said Norway’s new Defense Minister Bjørn Arild Gram (Sp) about the latest developments in the NATO neighboring countries debate.

In the Finland report, the government wrote that if Finland and Sweden chose to register at the same time, it would simplify preparedness and lessen the effects of a possible reaction from Russia:

“If Finland and Sweden both join NATO, defense arrangements in Northern Europe can be seen as a whole as part of NATO’s collective defence. On the other hand, if only one of the countries joins NATO, it could have consequences for the countries’ bilateral defense cooperation, and for those countries’ foreign and security policy cooperation”, the Finnish government wrote.

In the weeks following Russia’s invasion of Ukraine, Finland has been in intense contact with a number of NATO countries such as the United States, Britain, France and Germany. There are also extensive talks between the Nordic countries.

However, the administration wrote that the United States has not signed any agreements with European countries – except for NATO – on security guarantees.

There is also uncertainty as to whether close Nordic defense cooperation will be able to provide Finland with reassurance if it chooses to remain unallied. Instead, the government believes that Norway, Denmark and Iceland will give priority to coming to the aid of other NATO countries in the wider conflict on the European continent.

The most important consequence of a possible NATO membership for Finland “is that Finland becomes part of the collective defense of NATO and is protected by security guarantees under Article 5. Finland.