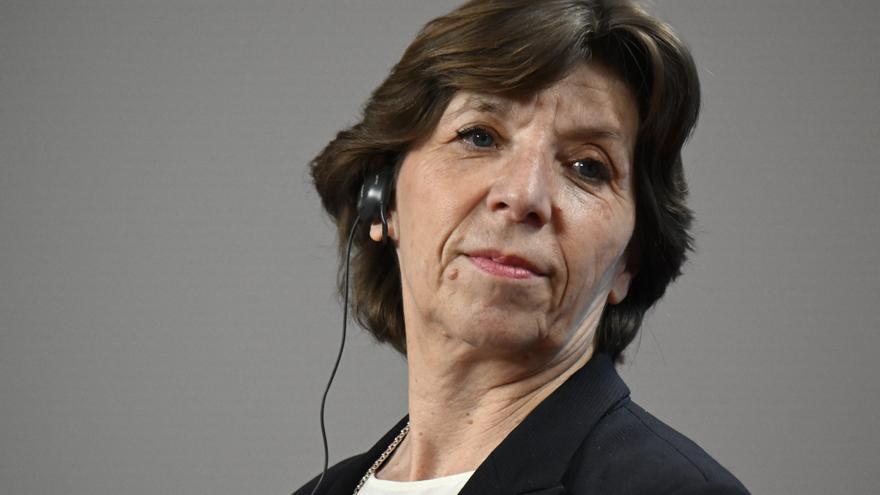 French Minister of Foreign Affairs, Catherine Colonnashowing this Friday to his British colleaguesLiz Truss desire to find a lasting solution to the dispute with north ireland protocolagreed and signed by the UK and not open to renegotiation.

Through his ministry spokesman, Colonna expressed “concern” about implementing the protocol and his intention to find a solution, but “respect andor an agreement signed between the European Union and the United Kingdom”.

French officials recalled their disagreement on this in their meeting with Britain, insisting that no country in the European Union was willing to reopen discussions.

Above all, they showed that it wasn’t protocol that caused them trouble that got them reproached by London, but thate is the consequence of the Brexit the UK wants and its decision not to become part of the European Economic Area, which would avoid having to reintroduce customs controls.

On 13 June the UK Government submitted a bill in Parliament which aims to: unilaterally canceled part of the protocol in Northern Ireland integrated into the Brexit agreement, and which has been the subject of the first positive vote by the Lower House, although the process may take several months.

The main reproach leveled at this protocol from London is that it has border control between the EU and the UK not on Northern Ireland’s land border, so as not to create a greater human and political divide with the Republic of Ireland, but between the island and Great Britain.

Colonna also spoke with colleagues about the idea launched in May by the French president, Emmanuel Macronto create a European Political Community which has received the support of the Twenty-seven at last week’s summit.

According to Macron’s project, this forum can provide space for countries that are in the process of joining the EU, such as Ukraine, Moldova and the Western Balkans, to cooperate with them in various fields without waiting for them to benefit from the tools they will enjoy. as a member.

But the French president also wants The European Political Community can enter the UKsomething that has been ruled out by the British authorities.