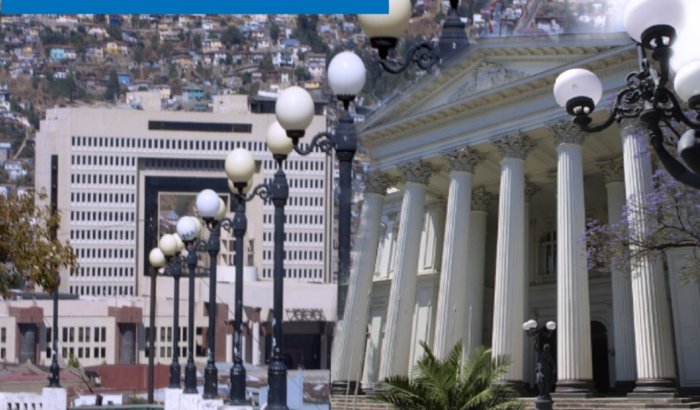 Chile adopted the Bicameral Congress system in the early 19th century. The reasons are diverse and have their roots in the incorporation of European traditions in the American colonies at the height of independence and the beginning of the Republic.

Whether by region or by tradition, the House and Senate are always separate companies; The Upper House met at the Court of Consulate and the Lower House at the University of San Felipe, (apart from temporarily occupying another building due to various political, social and telluric changes). It wasn’t until 1876 that the historic National Congress building was inaugurated on Catedral Street, which was designed with the concept of bicameralism in mind.

To investigate the origins and foundations of the political system that unites us, two centuries later, it will be held this Tuesday 11 and Wednesday 12 January, seminar: “Bicameralism or unicameralism: international experience and the Chilean case.”

The National Library of Congress will host unprecedented academic activities that bring together important international professors, such as, Daniel Innerarity, of the University of the Basque Country and Eduardo Aleman, of the University of Houston. The activity took place after the presidents of the two companies presented before the Constitutional Convention on the need to maintain bicameralism in the new constitutional stage.

Senator Ximena Rincón, president of the Senate, led the proposal to keep the Bicameral system but modified it. In his presentation to the Commission on Political Systems, Governance, Legislative Power and the Electoral System of the Constitutional Convention, Senator Rincón stressed the need to improve the current bicameral system, avoiding “repetition of identical functions” between the two chambers.

This academic activity which has a strong program will be opened by the Chair of the Senate, Ximena Rincón; Chancellor of the University of Chile, Ennio Vivaldi and representatives of the Commission on Political Systems, Government, Legislative Power and Electoral Systems Constitutional Conventions. Then it was the turn of international talks by Daniel Innerarity, University of the Basque Country.

To analyze the experiences and challenges of the Senate that are most relevant in the XXI century, academics will participate: Mariana Llanos, from the University of Hamburg; Sebastián Soto, from Universidad Católica and José Riquelme from Universidad del Desarrollo, with moderation Dorotea López Giral, director of the Institute for International Studies.

The role of the Senate will also be handled by the senators themselves, where they will present Carmen Gloria Aravena, Francisco Huenchumilla, and Isabel Allende, moderated by Senator Juan Antonio Coloma.

Meanwhile, the seminar on Wednesday, January 12 will be opened by the Vice President of the Senate, Jorge Pizarro, while the international talks will be led by academician Eduardo Aleman, from the University of Houston and will be moderated by Andrés Dockendorff.

The President of the Chamber of Deputies and Deputies, Diego Paulsen will present a proposal to modernize the legislative process in Chile and in the comparative experience panel, renowned academics and legal experts will participate.

Meanwhile, on the panel on the role of the Senate, Felipe Kast, Luz Eliana Ebensperger, and Guido Girardi will attend with moderation from Senator José Miguel Insulza.