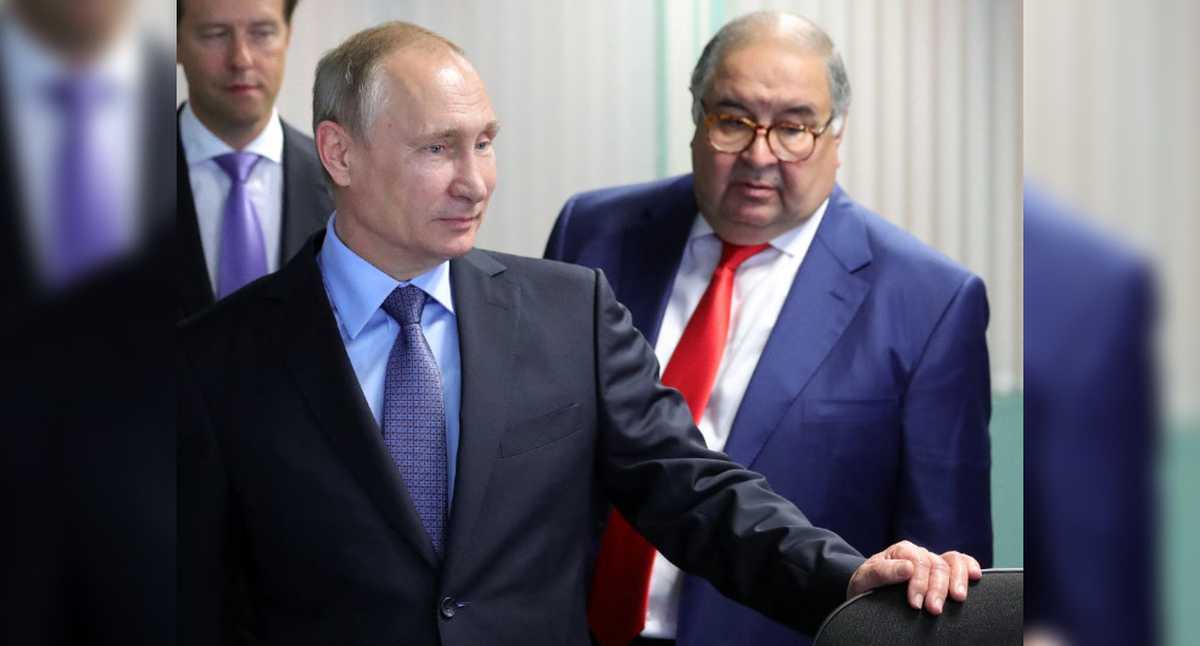 Sechin is a former deputy prime minister of Russia and director of the state oil company Rosneft. The EU sanctions document describes him as one of his “closest advisers and personal friends,” adding that Sechin supports the consolidation of the illegal annexation of Crimea, and highlights Rosneft’s involvement in the delivery of fuel to airports on the Ukrainian peninsula.

France has seized a yacht belonging to Igor Sechin, the head of energy giant Rosneft, a close associate of Putin and, among other oligarchs, a financier of the invasion of Ukraine. pic.twitter.com/ErxPAvlmrB

Born in Uzbekistan, Usmanov is metal and telecommunication. The European Union considers him one of Putin’s favorite oligarchs, whom he received in his luxurious private residence. It also “represents President Putin and solves his trade problems,” the EU said. The US and UK added him to their blacklist on Wednesday, March 2, 2022.

“Germany confiscated a luxury yacht, about 600 million dollars, belonging to Russian billionaire Alisher Usmánov, which was approved by the European Union”. pic.twitter.com/QllCocPCB6

The European Union describes Fridman as “Russia’s main financier and facilitator of Putin’s inner circle.” He and longtime partner Petr Aven (left) have made billions of dollars from oil, banking and retail-related businesses, according to Reuters. According to the EU, Aven is one of the Russian millionaires who Putin meets most often in the Kremlin.

THE OWNER OF THE CHAIN ​​OF HE, THE RUSSIAN OLIGARCH, IN THE LIST OF THOSE WHICH IS WORSE BY THE EU.

They deny ties to Putin and the Kremlin

Fridman (center) and Aven on March 1, 2022 denied “financial or political ties with President Putin or the Kremlin”, adding that they would oppose sanctions “through all available means”. Both considered the accusations to be baseless. Born in Ukraine, Fridman is one of the few sanctioned Russians who have spoken out against the war.

Mikhail Fridman or Petr Aven, a shareholder of DIA Supermarkets, appears on the blacklist of tycoons sanctioned by the European Union after the invasion of Ukraine. See the full list https://t.co/DK2PWLHQDR

The Rotenberg family is known for its close ties to Putin. Boris is a co-owner of SMP Bank, linked to Gazprom. His older brother, Arkady, who has been suspended, has been training judo with Putin since they were teenagers. Arkady’s son, Igor, controls the drilling company Gazprom Bureniye. Boris and Igor were included in the UK and US charts on Tuesday, March 1.

#6Abr Igor Rotenberg: sanctioned for his involvement in the Russian energy sector. He bought a 79% stake in oil and gas development company Gazprom Burenie from his father, Arkady Rotenberg, after he was sanctioned by the United States in 2014. #360Mundo pic.twitter.com/ZYjGnP0q9u

Timchenko is a major shareholder in Rossiya Bank, which EU sanctions documents consider to be the private bank of top Russian officials. The company has invested in television stations that actively support the Kremlin’s policies to destabilize Ukraine. Rossiya Bank has opened a branch in Crimea, supporting its illegal annexation.

Italy has seized the yacht of Russian tycoon Gennady Timchenko, whom Russian President Vladimir Putin has described as one of his closest friends. pic.twitter.com/jkpMq5kopQ

Mordashov has invested heavily in the National Media Group, the largest Russian private media group, which supports the state’s policy of destabilizing Ukraine, in a deal with the EU. In a statement, the billionaire replied that it had “nothing to do with rising geopolitical tensions”, describing the war as a “tragedy between two brothers”.

Russia’s richest man, Alexei Mordashov, urged “stop the bloodshed to help the affected people rebuild their lives.” His voice joins that of other Russian oligarchs who have called on Putin to end hostilities in Ukraine https://t.co/DsgmQWihrC

The new sanctions also include asset freezes and travel restrictions. In recent days, several luxury yachts belonging to Russia’s elite have been seized in Italy, France and the UK. Sechin and Timchenko were among the millionaires whose yachts were seized.

Recently, Jack Sweeney, 19, who confronted tycoon Elon Musk for tracking his private jet and telling him via Twitter where he was moving, opened another account to monitor planes belonging to the Russian oligarch. in the midst of the Ukrainian invasion. The tech-savvy student told Bloomberg News that he launched Russian Oligarch Jets—@RUOligarchJets — after receiving requests from many to expose where Russian tycoons were moving while their country was attacking Ukraine.

As this is news of global interest, all content about the conflict between Russia and Ukraine will be freely accessible to our readers on all SEMANA digital platforms. Follow minute by minute of what’s happening.