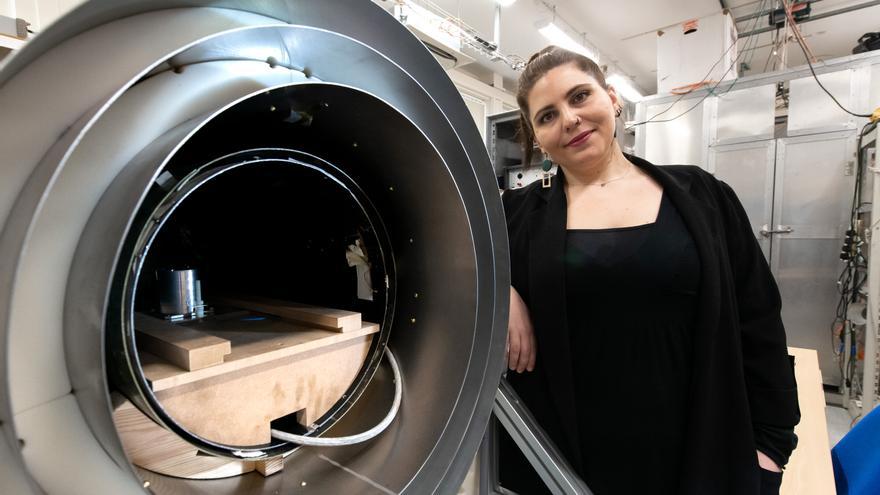 A sensor using a quantum device goes beyond traditional methods of spatial and temporal precision to previously identify diseases such as dementia, Alzheimer’s and Parkinson’s.

A new quantum sensor developed by scientists at the University of Sussex in the UK could help doctors identify diseases such as dementia, Alzheimer’s and Parkinson’s with extreme precision and early enough.

The sensor can detect the magnetic field that is generated when the neuron fires. By measuring changes in nerves over time, it tracks the speed at which signals travel through the brain.

This time element is important because it means patients can be scanned twice in a few months to check if activity in their brain is slowing down. That slowdown could be a sign of Alzheimer’s or another degenerative brain disease.

In this way, the technology introduces a new method for detecting biomarkers of health problems early, the researchers noted in a release.

Aikaterini Gialopsou, lead author of an article published on the subject in Scientific Reports, points out that his work shows for the first time that quantum sensors can produce highly accurate results in terms of space and time.

“This could be very significant for doctors and patients who are concerned about the development of brain disorders,” the researchers added.

This quantum sensor is believed to be much more accurate even than an EEG or fMRI scanner, partly due to the fact that the sensor can approach the skull.

The proximity of the sensor closer to the brain can improve not only the spatial resolution, but also the temporal resolution of the results.

The twofold increase in accuracy, both in space and time, is significant, as it shows that brain signals can be tracked in a way that other types of sensors cannot access.

“Quantum technology makes these sensors so precise,” explains Professor Peter Kruger, who heads the Quantum Systems and Devices Laboratory at the University of Sussex.

The sensor, which is based on a real-time high spatial resolution neuroimaging technique known as magnetoencephalography (MEG), uses a series of quantum devices called Optical Pump Magnetometers (OPM) to map the tiny magnetic fields that are generated when neurons transmit electrical signals.

In the new work, Kruger and his team used their OPM-MEG to record spatio-temporal patterns of neural signals in volunteers responding to visual stimuli.

They then compared these patterns with those obtained with conventional technology, showing that the new sensors are better at tracking brain signals, both in space and time.

If used to monitor patients for several months, the researchers say the new sensors can identify a decrease in the speed of brain signal transmission that may be linked to pathology.

Currently, MEG scanners are expensive and bulky, making them difficult to use in clinical practice. Its combination with quantum sensor technology could be critical in transferring scanners from a highly controlled laboratory setting to a real-world clinical setting.

Gialopsou believes that this development could lead to quantum revolution in neuroscience because it can lead to early diagnosis of important brain diseases, such as ALS, MS, and even Alzheimer’s.

If doctors can detect these biomarkers accurately and early enough, they can predict how disease will progress or how patients will respond to treatment.