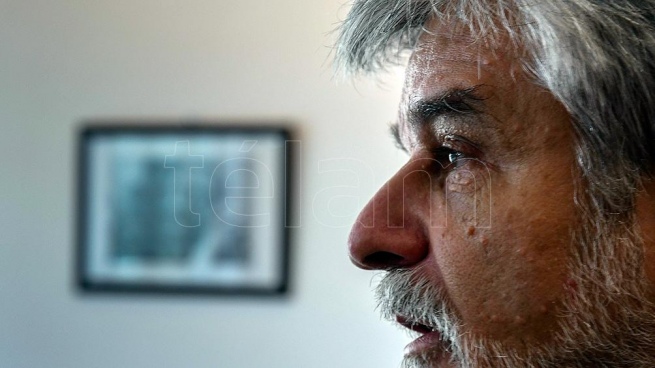 Minister of Science, Technology and Innovation Daniel Filmus convincing from Israel that “the scandal is beyond fiction”, in relation to scandal by drunken signing of the treaty for the sake of England on the contrary to Falkland Islands from ex deputy foreign minister macrista Carlos Foradoridrunkenly signed a text supporting the British position.

“The former vice chancellor tells it all in a book that has been circulating for a whileat which time agreement topic agreed it’s not at the Ministry of Foreign Affairs, but in the basement of the British embassy surrounded by wine and he says that when the glass passes, negotiations become easier and the next day he called him to ask what they had agreed on because he was very drunk,” Filmus told Radio Nacional.

“Duncan exalts the former vice-chancellor because he is very honest and tells the truth. Then he said that the next day, Tuesday the 13th, meet Mauricio Macri and that he the former president told him he was very happy with the deal achieved,” continued Filmus.

“And then he wrote, half joking half serious, that met with Minister of Foreign Affairs Susana Malcorraput “sober” in brackets, telling him they have to go further and one embarrassing thing and that is in another chapter is that Malcorra He told him that in order to go any further, we had to wait for the election because the Argentine people could get angry and undermine our change at the polls. I was shocked, reality is stranger than fiction”concluded Filmus.

Alan Duncan, former British Secretary of State, recounts in his memoirs that background curtain from negotiation in 2016 with Carlos Foradorideputy foreign minister during the Mauricio Macri administration, to reach an agreement that Argentina pledged to “remove all obstacles that limit economic growth and development” of the Malvinas Islands.

As the scandal came to light, the Ministry of National Foreign Affairs decided to initiate an internal investigation to determine the veracity of the statements made by the former British minister and determine “a possible breach of duty of a public official.”

The memorable joint pact signed by the Macri government, with Susana Malcorra as chancellor, was highly celebrated by the British government and garnered disapproval from the broad political and social arc in Argentina, which Foradori even had to explain before Congress. .

The Foradori-Duncan agreement implies, inter alia, Argentina’s cooperation with trade, fisheries, navigation and exploitation of hydrocarbons on the islands, as well as allows the establishment of “additional air links between the Malvinas Islands and third party states”, in addition to “the establishment of additional bi-monthly scales in the territory the continent of Argentina, one in each direction”. In other words, it implies the recognition and consolidation of British colonialism in the archipelago.

Now the memoirs of former Secretary Duncan reveal that not only did Macri’s government downgrade its historic claim to national sovereignty over the Malvinas, but that the officials who signed it did so under the influence of alcohol.