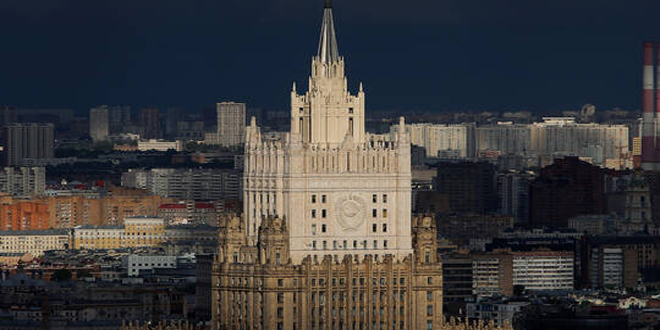 “As the British Government continues to implement sanctions mechanisms against members of the Russian public and politician circles, domestic economic operators and the media, it was decided to include a number of British politicians, businessmen and journalists who contribute to London’s hostile policies seeking to demonize our country and isolate it internationally, ” said the statement.

The Russian diplomatic entity assured that, “given London’s destructive desire” to expand sanctions “under far-fetched and absurd pretexts”, Moscow would continue to work on expanding its own list.

On February 24, Russia started a special military operation on Ukrainian territory, something many countries condemned and therefore activated several batteries of individual and sectoral sanctions that seek to inflict the greatest possible damage on the Russian economy, in an attempt to pressure Ukraine. to end hostilities.

Hundreds of companies announced since late February the decision to suspend their business in and with Russia.

According to the Castellum.ai database, after the start of the military operation, nearly 8,900 economic restrictions were imposed on Russia, now the most sanctioned country, ahead of Iran, Syria and North Korea. (Sputnik)