Scientists discover HD1, the most distant galaxy closest to the Big Bang 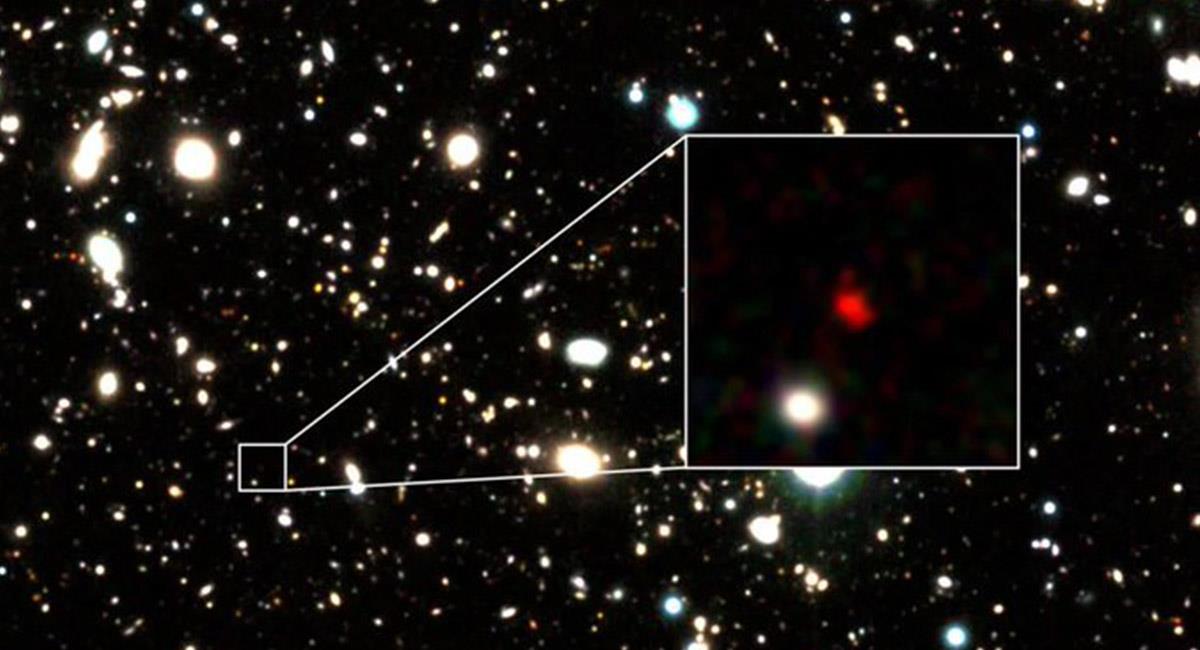 An international team of astronomers has discovered the most distant astronomical object observed so far, a galaxy that has been christened HD1 and is about 13,500 million light-years away.

Details of the findings are described today in the Astrophysical Journal, and in an accompanying article, published in Monthly Notices of the Royal Astronomical Society Letters, Scientists put forward the first hypothesis about this type of galaxy.

The team of astronomers, including researchers from the Harvard Center for Astrophysics and the Smithsonian, put forward two ideas: that HD1 is forming stars at an astonishing rate and even contains a Population III star – the first in the universe – that has never been seen. has previously been observed, or which contains a supermassive black hole with a mass a hundred million times greater than our sun.

“Answering questions about the nature of sources so remote can be challenging”said Fabio Pacucci, lead author of the study and astronomer at the Center for Astrophysics. It is now known that HD1 is very bright in ultraviolet light, which means, “some energetic process is going on there or, better yet, it happened several billion years ago”, said Pacucci.

That’s when the team began to suspect that HD1 might not form a regular star. “The first stellar population to form in the universe was more massive, luminous, and hotter than modern stars”said Pacucci.


“If we assume that the stars generated in HD1 are first stars, or Population III, then their properties can be more easily explained. In fact, Population III stars are capable of producing more ultraviolet light than normal stars, which can brighten HD1. extreme ultraviolet luminosity,” reason.

As astronomer at the Center for Astrophysics and study co-author Avi Loeb explains, “HD1 would represent a giant baby in the delivery room in the early universe.” But also, Formed several hundred million years after the Big Bang, the black hole in HD1 must have sprouted from a large seed at an unprecedented rate. Again, nature seems more imaginative than ours. concluded Loeb.

HD1 was discovered after more than 1,200 hours of observation with the Subaru telescope, VISTA, the British Infrared Telescope and the Spitzer Space Telescope.

“It was a very difficult job to find HD1 among more than 700,000 objects. HD1’s red color matched the expected characteristics of a galaxy 13.5 billion light-years away, which gave me goosebumps when I found it.”convinced Yuichi Harikane, an astronomer at the University of Tokyo, the author of the discovery.

The team then carried out follow-up observations with Atacama Large Millimeter/submillimeter Array (ALMA) to ensure distance which is 100 million light years farther than GN-z11, the current record holder for the farthest galaxy.

Now, using the James Webb Space Telescope, the team will once again observe HD1 to verify its distance from Earth, and if current calculations are correct, HD1 will be the farthest and oldest galaxy ever discovered.