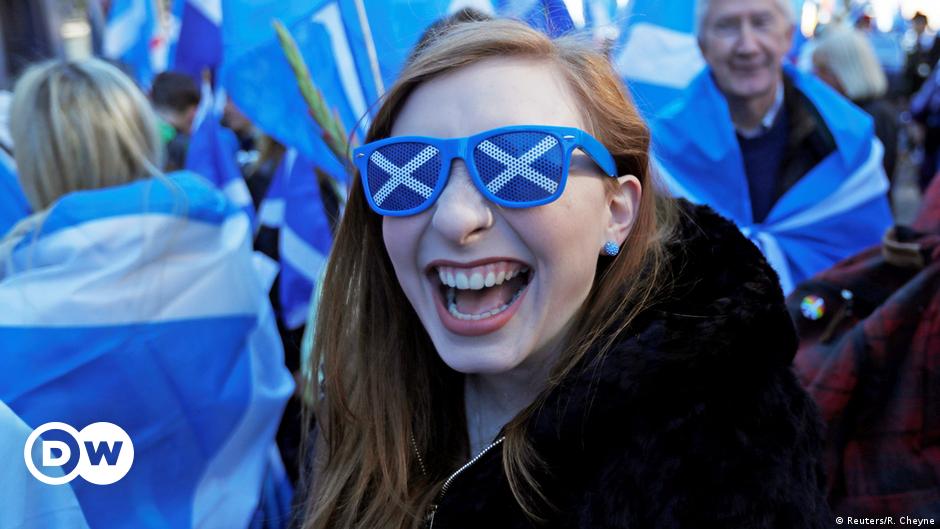 Thousands of people took to the streets of Edinburgh this Saturday (25/9/2021) in the first major pro-independence march in the Scottish capital since the coronavirus pandemic began. The citizens’ platform All Under One Banner (“All under the same banner”), which defends the right to self-determination in Scotland, held a demonstration whose participation was estimated at around 5,000 participants.

“I think the message is clear: Scotland is on the move, Scotland wants independence as soon as possible,” Scottish National Party (SNP) lawmaker Douglas Chapman told the crowd.

“There is a lot of debate about whether or not there should be a referendum, and about other options,” but either way, there is a need for “a campaign that will get Scotland to a position where we are ready to move towards independence and make decisions over our nation, ” added the representative.

The protests come weeks after Scotland’s chief minister, Nicola Sturgeon, started a new legislature as head of an autonomous government with the aim of holding a new independence referendum between now and 2023.

However, British Prime Minister Boris Johnson opposed holding new consultations, after which in 2014 supporters living in the UK won (55.3 per cent compared to 44.7 per cent of the vote).

Protesters walked through several streets in the Scottish capital until they reached the gates of the Holyrood Parliament, where representatives from political formations and social organizations gave their speeches. Starting next week, the Palace of Holyrood will be designated a “protected site”, so it is a crime to meet before Parliament without prior legal permission, possibly a monetary fine or a year in prison, thereby limiting protests at camera gates.

A Redfield & Wilton poll released this week showed that 47 per cent of Scots would support continuation in Britain, compared with 44 per cent who would vote for independence. In addition, 43 percent would only agree that a new consultation be held if it has been agreed with the central government, while 38 percent would like to go to the polls again in any case. (EFE)