Several apartments were completely damaged after the big fire in Nøtterøy 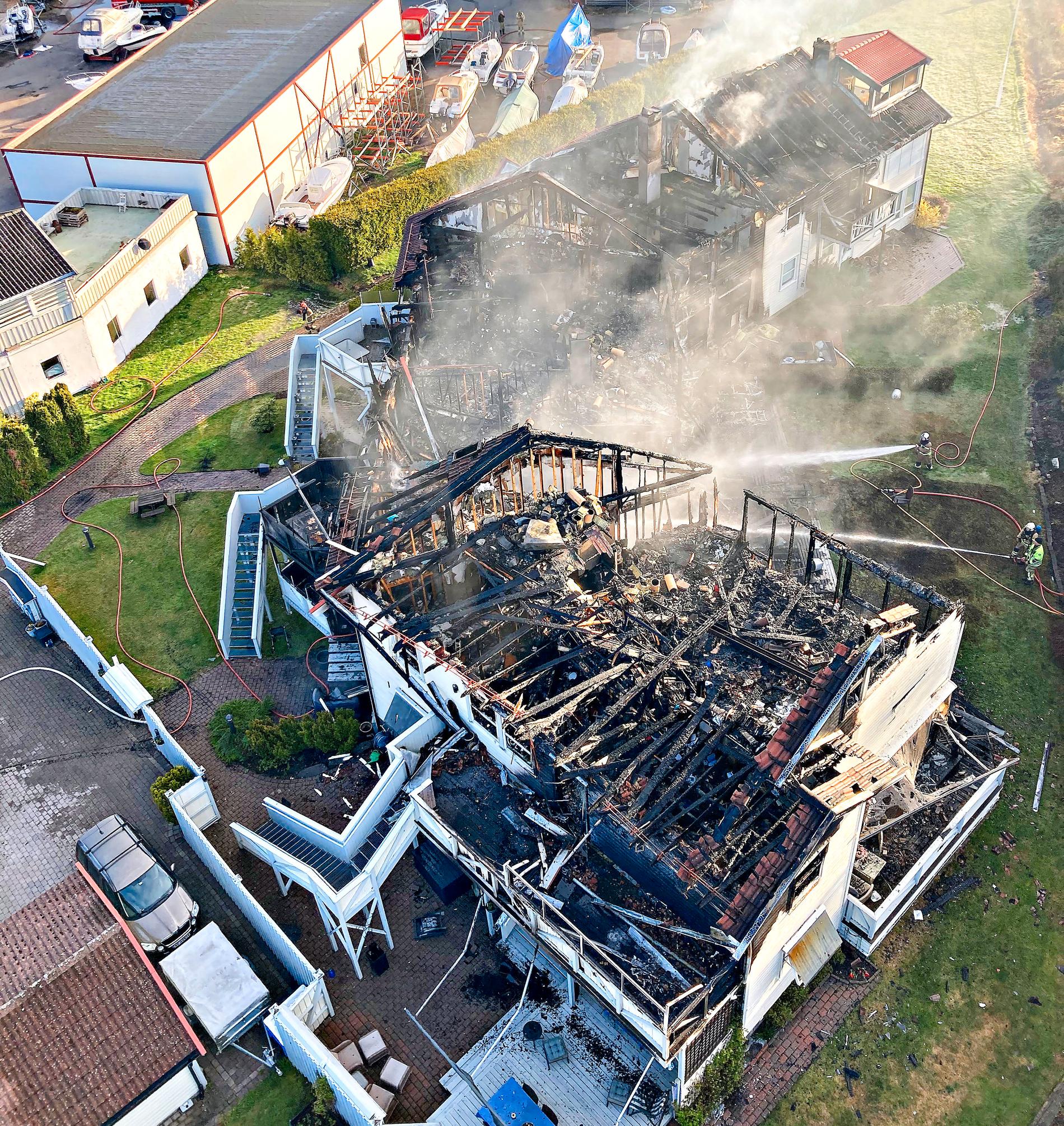 One person is suspected after a fire in an apartment complex in Nøtterøy in which 16 people lost their homes.

Everyone in the apartment complex has been accounted for after the fire in Nøtterøy in the municipality of Færder. One person is suspected after the fire, which broke out the night before Thursday. That person is a resident of one of the apartments. The person concerned was not questioned.

The person is suspected of negligence in connection with the fire, but has not been arrested or charged.

– The person must be interrogated during the day. The person in question is a suspect based on information the police received when they arrived at the scene last night, police lawyer Lise Læret Gunnerød told VG.

All the apartments were completely damaged. A total of ten houses burned. When firefighters arrived on the scene, a fire was burning in front of the four apartments and near the scorching hot roof.

Forensic scientists will investigate the cause of the fire. Several witnesses will be questioned on Thursday.

– There is no suspicion that a fire has been lit, but we have several hypotheses, says Gunnerød.

Some residents have been questioned, but not all. As such, he won’t go into what hypotheses they have, or say anything about the gender and age of the suspect. Police lawyers described it as a massive fire.

Efforts are underway to provide housing for 16 people. They were initially sent to the nearest health center.

The fire service was notified of the fire at 2:45 am. Crews from three VIB fire stations have been involved. In addition, they had assistance from the Stokke and Sandefjord fire stations.

– We have worked hard to prevent the spread to two neighboring buildings and the ship’s center, said fire chief Tor-Atle Jakobsen.