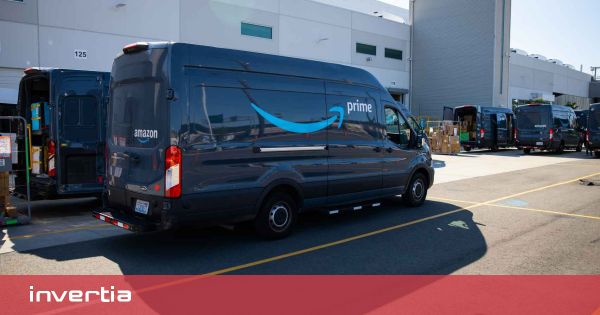 Amazon could be forced to greatly changed its tax transparency policy due to pressure from its own shareholders. A group of investors have managed to get a resolution to vote at the next general meeting in which the tech giant is being urged to break down the financial and tax information it provides to markets by country.

This shareholder’s request comes at a time investors are increasingly demanding with governance policies companies and, in particular, the way large multinationals manage their tax payment policies wherever they operate.

Coupled with the agreement reached at the end of last year ina Organization for Economic Cooperation and Development (OECD) forcing big companies to pay minimum rate 15% in corporate tax from 2023. A proposal supported by more than 130 countries, including the United States.

In this context, Amazon’s general meeting of shareholders on May 25 will vote on a resolution requiring company boards of directors to issue tax transparency reports that follow the guidelines set by the Global Reporting Initiative (GRI) tax standards.

These new guidelines for the publication of corporate tax information, which come into effect on January 1, 2021, were designed by this independent international organization with the aim of creating a world standard that offers detailed information on the taxes paid by multinational corporations at the country level.

Compliance with this rule will force Amazon to make public information that was hitherto not included in its accountssuch as distribution of income between related companies and third parties or corporate taxes both accrued and paid in cash in each country.

The first asked Amazon to detail where it pays taxes and the amount it contributes in each country are the two investment funds, Catholic Missionary oblate Maria Immaculate y el británico Greater Manchester Pension Fund, according to the ‘Financial Times’ newspaper a few weeks ago.

Over the months, more and more shareholders have joined this petition and a decision will be made at the next shareholder meeting has received support from 24 institutional investors. Among them are several large fund managers such as Nordea or Royal London and several pension funds in Europe and the United States.

That The company has filed an application with the Securities and Exchange Commission (SEC) to refuse to include this resolution in the agenda of the meeting, on the grounds that taxation policy is a regular aspect of its activities and, therefore, there is no reason for them to submit to shareholder assessment.

Moreover, according to the ‘Financial Times’, the company states that in its publication of its quarterly and annual results it has provided “extensive and detailed information” on your tax contributions, as well as in countries such as the United States, United Kingdom, Italy, France and Spain, it breaks down the total tax paid.

Regardless of the argument, US regulators have sided with shareholders and has decided in favor of the resolution that was ultimately voted upon at the next meeting to urge companies to provide financial information broken down by country.

According to credit rating agency Moody’s, this means that for the first time shareholders will be given the right to suppress their company to disclose its tax payment policies beyond those required by US General Accounting Principles.

In fact, his opinion differs from that recently expressed by the United States Financial Accounting Standards Board, which does not see the need for corporate financial information to be disclosed on a country-by-country basis, despite massive support. from investors.

Moody’s points out that, if this shareholder proposal goes ahead, bets will be open to greater fiscal transparency at the tech giant. If the resolution is approved, it will provide significant details of the important line items in the financial statements.

On the other hand, the agency also claims that would be a “positive” thing for Amazon’s credit rating. “We fully support the demand for further disaggregation of tax payment information, as we believe it improves the overall quality of credit analysis,” he said.

In this sense, it specifies that in the case of multinationals, the lack of disaggregated information about tax payments makes it difficult to know how it affects your credit reputation. Currently, it only requires a division into two categories, domestic and foreign, “which leaves investors clueless about the company’s specific exposure abroad.”

According to him, from a financial point of view, tax payments are relevant for credit analysis when they are unsustainable or reveal major surprises, generally due to negative tax resolutions that can lead to a significant loss of liquidity. A risks that are impossible to assess when the company does not provide information about a particular country where they operate.